FEMA buys first reinsurance for NFIP, will buy more in 2017

A historic development has occurred in the United States which could see more flood insurance risk making its way into the reinsurance and capital markets, as FEMA has bought its first ever reinsurance cover for the National Flood Insurance Program. 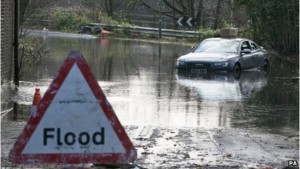 FEMA has launched the National Flood Insurance Program 2016 Reinsurance Initiative to help it to more actively manage its financial risk.

In recent years due to the high costs of flooding disasters in the U.S., the cost of flood claims has far exceeded the amount of premiums coming into the NFIP leaving the system $23 billion in debt to the U.S. Treasury.

So, with approval from Congress under the Biggert-Waters Flood Insurance Reform Act of 2012 (BW-12) and the Homeowner Flood Insurance Affordability Act of 2014 (HFIAA 2014), FEMA has now received approval to seek out reinsurance protection from both the traditional and capital markets.

The aim is to diversify the range of financial tools available to the Federal Insurance and Mitigation Administration (FIMA) through the NFIP Reinsurance Initiative, to help it better manage catastrophic flood events.

In the first instance, to help the NFIP share its flood risk with private reinsurance companies, FEMA has purchased $1 million of reinsurance protection from three reinsurance carriers.

It’s seen as a test of sorts, proving the concept and helping FEMA and the NFIP to put the processes in place to access the reinsurance and capital markets more meaningfully in 2017.

Reinsurance won’t climate the NFIP’s debt, FEMA notes, but it will help it to better manage future catastrophes and with a long term reinsurance strategy in place the dept should come down over time.

FEMA now aims to expand the NFIP’s reinsurance program in January 2017, with the capital markets one potential source of capacity available to it.

Could we see the NFIP tapping collateralised reinsurance markets or even sponsoring a catastrophe bond? That would be ground-breaking indeed, bringing a new peril of U.S. flood more meaningfully into the insurance-linked securities (ILS) market, which would be welcomed by investors and ILS fund managers alike.

The launch of the NFIP Reinsurance Initiative and its first reinsurance purchase is a really important step in helping to expand coverage of flood risks in the U.S. and reduce the burden on the government. The fact that FEMA is approved to access the capital markets and ILS for reinsurance is also important, as it opens up greater diversity of risk capital sources.

This first purchase may be small, but was designed to fit within the current FEMA budget. With FEMA set to buy more reinsurance in January 2017 it will be interesting to see just how much it acquires, as the NFIP could become a very large reinsurance program in years to come providing ample opportunity to the capital markets as well.

The $1 million reinsurance contract entered into will run from September 19, 2016 through March 19, 2017 and is structured in two coverage layers.

FEMA said that its next steps are “Preparing for a more robust engagement with broader reinsurance markets in January of 2017. This includes upgrading the Reinsurance Initiative into a Reinsurance Program with a vision and strategy based on lessons learned to optimize a future multi-year program.”

However it does note that it could take years for FEMA to build up a reinsurance program in which the reinsurance and capital markets bear a significant portion of the NFIP’s risk, so we likely shouldn’t expect an enormous placement in January 2017.

Of course $1 million is a drop in the ocean when it comes to flood risk in the United States, but it’s an important first step for FEMA to take.

If the NFIP can become better supported with the help of private reinsurance and capital markets, it could make flood insurance more available through both public and private means, narrowing what is one of the larger mature-market protection gaps and providing significant opportunity for re/insurers and ILS markets alike.

– FEMA should use capital markets for NFIP reinsurance alternative: Marsh.

– Flood catastrophe bonds could be the future of the NFIP.