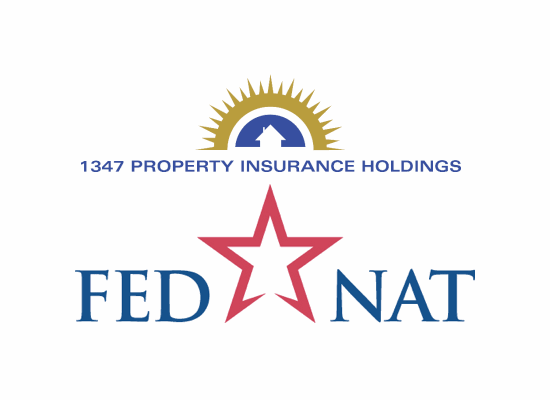 With the acquisition now completed, 1347 PIH will transition into a company offering reinsurance and investment management services, with a lucrative first-refusal arrangement now in place for up to 7% of any layer of FedNat’s reinsurance program renewals.

This transaction has taken almost ten months to complete, having been announced back in February 2019.

FedNat has now acquired all of the homeowners insurance operations (Maison) of 1347 PIH, which includes Maison Insurance Company, Maison Managers, Inc., and its ClaimCor LLC unit, in a cash and stock transaction valued at approximately $51 million.

Maison is a property and casualty insurer focused on coastal property risks in Louisiana, Texas and Florida and has underwritten gross premiums of $96.1 million in the twelve months to September 30th 2019.

“This acquisition represents a significant milestone in our long-term strategy to profitably expand FedNat’s core homeowners operations in the southeast United States,” commented Michael H. Braun, FedNat’s Chief Executive Officer. “With the acquisition of Maison, we’ve grown our book of business in markets where we already operate and where we like the macro fundamentals, specifically Texas and Louisiana. Further, we will move quickly in integrating Maison to capture over $3 million in expected expense synergies from in-sourcing, which will be incremental to the $7 million of reinsurance synergies we’re already experiencing in this treaty year. We expect the transaction to be accretive to EPS and ROE beginning in 2020 and beyond. Finally, we’re excited to welcome Doug Raucy and Dean Stroud and their team to the FedNat family.”

Douglas Raucy, President of Maison, added, “Mike and FedNat’s leadership have already proven to be great partners, and we cannot wait to fully integrate Maison into FedNat’s best-in-class operations. Since Maison’s inception, our goal has been to establish ourselves in select homeowners insurance markets. Now, we have the opportunity to significantly expand margins in our book of business, adopting FedNat’s prudent underwriting approach and reducing expenses in the near-term.”

The $51 million purchase price was an equal mix of cash and stock, making 1347 PIH a significant shareholder in FedNat Holding Company.

“FedNat is pleased to have 1347 PIH as a substantial shareholder in the Company,” explained Bruce F. Simberg, Chairman of the Board of Directors of FedNat. “We are committed to creating value for our shareholders and believe the Maison acquisition will enable FedNat to build on our long-term track record of growth in book value per share.”

“We believe Maison is a perfect fit for FedNat,” D. Kyle Cerminara, Chairman of the Board of Directors of 1347 PIH also said. “Moving forward, we’re thrilled to be shareholders of FedNat, and are confident that the right management team and strategy are in place to generate long-term shareholder value.”

The arrangement also saw $18 million of outstanding surplus note obligations repaid to 1347 PIH and it leaves the company with $25.5 million of cash and 1,773,102 shares of FedNat stock.

Following the completion of the deal, 1347 PIH will now focus on its new strategy as a diversified holding company of reinsurance and investment management businesses.

The company says it will be “focused on building a permanent and growing base of asymmetric risk/reward opportunities for its shareholders.”

Immediately, 1347 PIH will consider what to do with the proceeds of the transaction, looking to put the proceeds from the sale of Maison to work.

Part of this is expected to be using some of the cash to conduct the business of its reinsurance subsidiary, PIH Re Ltd., as well as funding its new growth strategy focused on reinsurance, investment management and new investment opportunities.

The company is undergoing a strategic review and expects to change its name “to be more consistent with its go-forward strategy.” It also expects to name a new President or executive officer in addition to its current Chief Financial Officer and Controller.

Kyle Cerminara, Chairman of 1347 PIH, commented, “The closing of this transaction represents a transformational change in 1347 PIH to a growth strategy focused on reinsurance and investment management. The Board of Directors has been highly focused on building out this strategy and we will be providing a detailed outline for shareholders in the coming weeks. We look forward to our ownership of FedNat and believe Maison is in great hands with FedNat CEO Michael Braun and his management team.”

Importantly for the company, 1347 PIH now benefits from a deal giving it five-year rights of first refusal to provide reinsurance on up to 7.5% of any layer in FedNat’s catastrophe reinsurance program from now on.

FedNat’s reinsurance program has grown steadily in recent years and the firm renewed its reinsurance for the 2019-20 season at the July renewals, securing a $1.84 billion program in July, before then adding an additional layer of reinsurance with the specific purpose of lowering its retention for second and third catastrophe loss events.

With the addition of the Maison risks as well, there will be some synergies for the company on the reinsurance side, but the upshot is likely a need for increased limit as well.

In addition to the reinsurance agreement,  1347 PIH has entered into a five-year agreement to provide investment advisory services to FedNat.

The 1347 PIH leadership has repeatedly shown its liking for and attraction to collateralized reinsurance and insurance-linked investment strategies over the years, including with the launch of Insurance Income Strategies last year. Now with a reinsurance and investment mandate in place with FedNat, it will be interesting to see how this strategy develops over time.

As we said before, 1347 PIH’s Bermuda captive reinsurance firm PIH Re Ltd. could either become a traditional self-reinsurance option for FedNat, while also entering the broader reinsurance market. Or it could look to attract investor capital and operate in a more “insurance-linked” manner.

However the strategy pans out, the goal immediately will be to find a sweet spot, so that the reinsurer and the reinsurance agreement deliver opportunities for profit to 1347 PIH, while delivering capital efficiencies to FedNat.