In global reinsurance markets, the endurance of alternative capital from ILS funds and capital market investors, as well as the recent uptick in catastrophe bond issuance, has helped to make the pricing floor elusive and Fitch Ratings sees no sign of it coming into view anytime soon, with a sixth January in a row of declines now forecast. 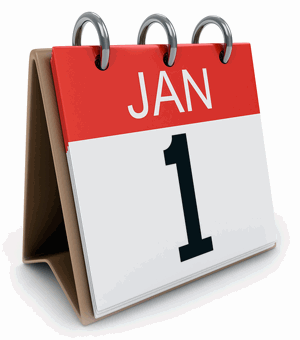 We’ve now been talking about a floor emerging for reinsurance pricing for over four years, perhaps reflecting how recent reinsurance market trends have been unexpected even for the experts in the industry.

Looking back four years in our archive we see that even such stalwarts as Munich Re, Swiss Re, and the leading reinsurance brokers, were all calling for some of the pricing lows seen in mid-2013 to be the signs that a price floor was emerging.

But everyone was wrong in 2013 and each year following, as reinsurance pricing has been steadily declining right up to the present and most now agree that there is little sign of it completely stabilising, although the rate of decline has now slowed up considerably.

Rating agency Fitch sees two causes of the current state of the reinsurance market, “Intense market competition and the endurance of alternative capital,” which together have combined to make, “a pricing floor elusive.”

Exacerbating this is the financial market environment of low investment yields, which the rating agency notes has been putting further strain on reinsurance company profitability.

As we wrote last week, in this softened reinsurance market environment reinsurers are surviving thanks to large loss activity remaining below average and by boosting their results with releases from reserves, neither of which can be relied upon to last forever.

Fitch maintains its negative sector outlook for reinsurance, but keeps the rating outlook for reinsurers stable, as capitalisation remains very strong and profits are adequate and “within ranges that ratings can tolerate over the next 12-18 months.”

Remember that this is in an environment where major catastrophe losses are well below average, suggesting that even an uptick to average levels of loss could erode a significant chunk of profitability.

Would that be enough to trigger rating actions from the likes of Fitch, while not being anywhere near sufficient for reinsurers to be able to install the still invisible pricing floor?

It would be a particularly negative scenario, if some reinsurers began to lose ratings support in an environment where loss activity is still only average, due to their profitability becoming so eroded.

That scenario is beginning to look increasingly possible, as profits erode and underlying returns on equity fall to levels where there is an extremely narrow margin of profitability.

At the same time pressure is expected to persist, with Fitch explaining that; “Intense competition among global reinsurers and the abundance of capital invested in the sector mean pricing will continue to weaken.”

As a result of the pressured and competitive environment, as well as the lack of real growth opportunities seen, Fitch expects to see further consolidation in the sector, suggesting that we may see an uptick in reinsurance related mergers and acquisitions (M&A).

We asked last week, How long can “little better than break-even” be sustained?, a question which is increasingly pertinent in the current market environment as it suggests companies may have to move increasingly quickly if they want to get involved in M&A, before profitability metrics move and they become at-risk of rating actions.

Rating actions could deter M&A advances, or make the valuations of such advances increasingly low and unattractive for both management and shareholders alike.

With some of the market share ILS has already secured constituting some of the higher returning peak catastrophe exposures that reinsurers used to rely on to boost profits across a portfolio often dominated by lower-returning diversified risks, reinsurers are now expected to face an increasingly uphill struggle to make cost-of-capital achieving returns, even in the recent below average loss environment.

Reinsurers have been reducing their underwriting in the more traditional areas, as a response to higher competition and lower pricing, while expanding into primary insurance and newer lines such as mortgage risks.

These strategies may result in an improved ability to make returns in the shorter term, but there is still little evidence of how these strategies will play out over the longer horizon.

Fitch expects that conditions will remain the same, with no improvement expected through to the next set of reinsurance renewals.

“Fitch expects pricing conditions to remain challenging at the January 2018 renewals, with rate declines continuing in mid-single digits due to large volumes of under deployed capital and flat demand from reinsurance buyers,” the rating agency explains.

Fitch will record January 2018 as the sixth successive annual reinsurance renewal where pricing has declined, having seen no increases at all since January 2012.

Since the start of 2012 we’ve recorded around $48.7 billion worth of catastrophe bond issuance in our Deal Directory, while the rest of the ILS and collateralized reinsurance market has likely underwritten a number of multiples of that total, over the renewals since that January 1st.

In that time reinsurance capacity globally has also continued to expand, but the remit of traditional reinsurers has in many cases either contracted, or shifted to focus in new areas of the market.

All the while ILS has remained laser-focused on the peak catastrophe zone risks, especially in the United States, targeting acquisition of an increasingly large share of the risks that meet its investors requirements, which has been to the detriment of reinsurers that have been losing share here.

January 2018 could provide another opportunity for ILS and catastrophe bond investors to take an increased share of that renewal, as the appetite of the capital markets continues to show no sign of ebbing.

Will the reinsurers look to compete so heavily in January 2018 to get risks onto their balance-sheets as they did a year ago, or has recent ILS and cat bond activity shown that there are segments of the market better left to efficient capital?

Tapping the capital market for support from institutional investors, as we see in the insurance-linked securities (ILS) and associated reinsurance...