Global insurance and reinsurance firm Everest Re has returned to the catastrophe bond market for its first issuance since April 2018, as it seeks to add at least $375 million of fully collateralized reinsurance protection by sponsoring a Kilimanjaro III Re Ltd. cat bond issuance. 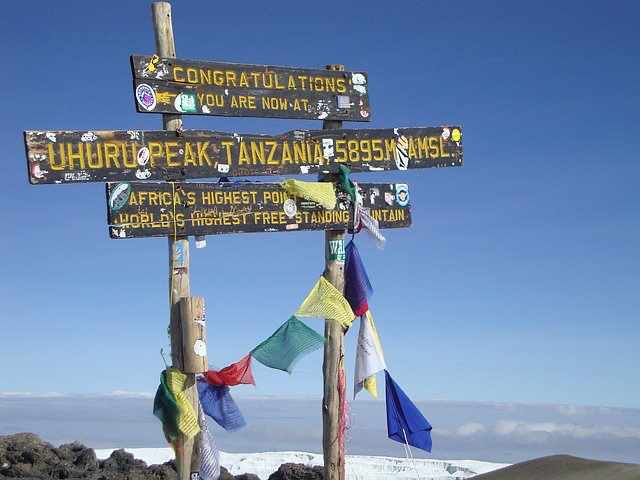 As in previous Kilimanjaro catastrophe bond issues, Everest Re has elected to issue two different series transactions at the same time, the only difference between them being the tenure.

At the same time, Everest Re is looking to secure both per-occurrence and annual aggregate retrocessional reinsurance protection with the two series deals, we’re told. It’s the first time Everest Re has sought both kinds of protection at the same time from its Kilimanjaro series of cat bonds.

The difference between the two series is down to the length of the coverage, with the 2019-1 series notes issued by Kilimanjaro III Re set to provide the company with catastrophe reinsurance protection across a four-year term, while the 2019-2 series notes will provide a five-year term of coverage.

All four tranches of notes across the two series will provide Everest Re with retro reinsurance protection against certain losses caused by named storms and earthquakes hitting the U.S., Puerto Rico, U.S. Virgin Islands, D.C. and Canada.

All coverage is on an industry loss trigger basis, which will be territory weighted and based on data reported by PCS.

With the 2019-1 A1 and 2019-2 A2 notes, which are structured for per-occurrence protection, Everest Re is seeking at least $125 million of reinsurance coverage.

The per-occurrence notes will cover a roughly $465 million layer of Everest Re’s program, with an initial expected loss of 8.47% at the base case, we’re told. These tranches are being offered to investors with coupon price guidance in a range from 15% to 16%.

The 2019-1 B1 and 2019-2 B2 notes are seeking more coverage at $250 million plus and are the ones with aggregate exposure, with both featuring a franchise deductible of $100 million per-event, we understand.

The aggregate notes of these transactions will cover an almost $1.2 billion layer of Everest Re’s retro reinsurance tower, with an initial expected loss of 3.81% and are being offered to investors with coupon price guidance in a range from 8.75% to 9.75%.

Remember the “1” notes offer four-year coverage and the “2” notes five-year coverage, meaning Everest Re will likely try to maximise the occurrence and aggregate protection from the five-year tranches if it can, to lock in pricing for as long as possible.

It will be interesting to see how these twin issuances pan out for Everest Re, as it will give a good indicator of cat bond investor appetite for occurrence and aggregate risk, as well as the longer tenure of five years.

The success of this issuance will therefore prove useful to other sponsors looking at the market as a potential source of retrocessional reinsurance protection.

All four tranches price guidance points to an upwards tick in cat bond pricing in 2019, as other recent deals have, but it’s important to remember the differences in coverage to prior deals that make the pricing indications less impressive than they may at first seem before getting too excited.

As a result, should the company elect to upsize this latest Kilimanjaro III Re cat bond deal to replace its expiring coverage, we might expect it to surpass $1 billion in size (if investor appetite allows).

We will update you as they come to market and you can read about every cat bond transaction ever issued in the Artemis Deal Directory.