The Ebola disease outbreak in the DR Congo has been declared a Public Health Emergency of International Concern by the World Heath Organisation (WHO), as it highlights the urgency needed to address the outbreak and stem its travel across borders. 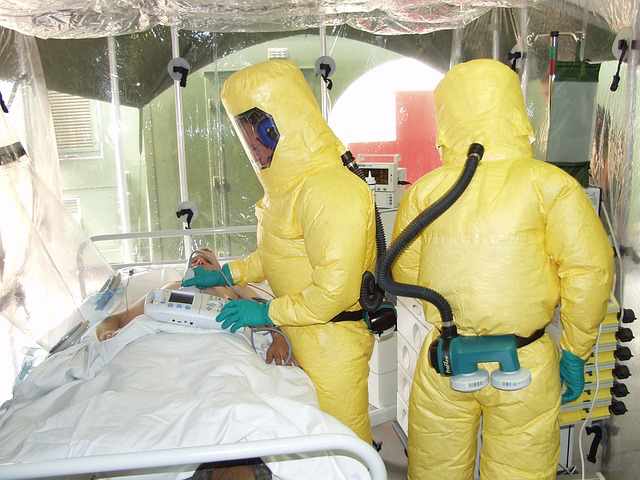 It should be noted that this specific declaration does not mean the immediate risk to the World Bank’s pandemic catastrophe bond has risen, but it does mean the risk of international spread of the Ebola outbreak is now considered an immediate concern.

The latest figures show that in the Democratic Republic of Congo (DRC) where the Ebola disease outbreak is of greatest concern, there have now been 2,418 confirmed cases of Ebola and 1,676 deaths, 1,582 are confirmed deaths and the rest considered probable.

In addition, as we previously reported the Ebola virus spread internationally to Uganda recently, which does heighten the risk to the pandemic catastrophe bond, as spread across borders is a requirement for the trigger to be activated.

The spread of the disease outbreak across borders is a requirement for the trigger to be activated for the at-risk tranche of the World Bank’s IBRD CAR 111-112 catastrophe bond, that backs the Pandemic Emergency Financing Facility (PEF).

The so-called Insurance Window of the PEF, which consists of $105 million of pandemic risk linked swaps and the $320 million of pandemic catastrophe bonds, which provide the necessary reinsurance capital to back the facility, has so far not been triggered by the Congo Ebola disease outbreak as it has remained contained within a single country.

The trigger for the $95 million of higher risk Class B cat bond notes, that were issued to support the Pandemic Emergency Financing (PEF) transaction by the World Bank, needs to see the number of confirmed deaths from the outbreak pass a pre-defined trigger point.

There also needs to be a certain rolling number of cases being confirmed at the time of the triggering (a growth factor), while the disease also needs to have spread internationally and at the same time a growth factor in terms of the rate of new cases being reported in the new country as well. All these factors must be met in order for the trigger to be activated and any loss of principal to come due.

The WHO reports that no new Ebola virus disease cases have come to light in Uganda since the initial discovery of a case there and the 108 contacts made with potential cases all proved not to be the disease.

But the Organisation said that developments such as the discovery of the first confirmed case of Ebola in Goma, a city of almost two million people on the border with Rwanda, and the gateway to the rest of DRC and the world, mean concerns remain.

The WHO believes that the risk of spread internationally remains high, leading it to declare the Ebola outbreak a global emergency.

“It is time for the world to take notice and redouble our efforts. We need to work together in solidarity with the DRC to end this outbreak and build a better health system,” commented WHO Director-General Dr. Tedros Adhanom Ghebreyesus. “Extraordinary work has been done for almost a year under the most difficult circumstances. We all owe it to these responders — coming from not just WHO but also government, partners and communities — to shoulder more of the burden.”

The WHO’s International Health Regulations Emergency Committee for EVD in the DRC also expressed disappointment about delays in funding which have constrained the response to the Ebola outbreak.

This is where the structure of the pandemic catastrophe bond is helpful, with its parametric trigger designed to allow for rapid deployment of capital funding, although in this case it was only designed to trigger when the outbreak became much more serious in terms of international spread.

The Insurance Window of the PEF could perhaps have been designed with tiered parametric triggers, to allow for greater disbursement of financing for a single country outbreak that reached a specific level of severity. But of course, for that to work, the risk factors and premiums would have to have been commensurate.

At this stage the $95 million Class B tranche from the IBRD CAR 111-112 pandemic catastrophe bond remains on watch for further spread of the outbreak.