The insurance-linked securities (ILS) market reacted very conservatively to hurricane Ian, with catastrophe bonds marked down heavily and that may have been caused by the fear over whether losses result from storm surge or flood, a common concern in the market, consultancy Lane Financial has explained. 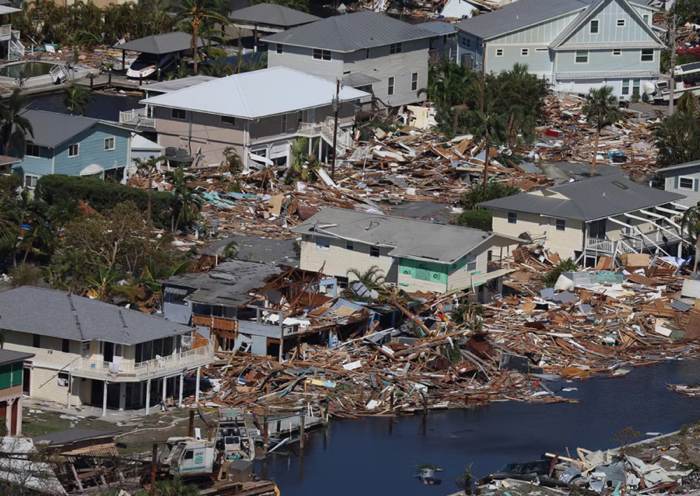 In its latest trade note, Morton Lane and Roger Beckwith of Lane Financial LLC take a look at secondary market pricing of catastrophe bonds immediately in the wake of hurricane Ian, as well as how some positions have since recovered.

The pair explain that immediately after hurricane Ian struck land the ILS market and catastrophe bonds were looking at the biggest loss event in their history, by quite a margin.

While it’s still possible that Ian could be the biggest single loss event to the cat bond market, the estimates have reduced and pricing recovered across a number of the more impaired cat bond positions.

Leading Lane Financial to conclude that now “extreme loss estimates have fallen” as secondary market prices rose, but there was a driver of a significant portion of the recovery and it’s one related to water.

The analysis further explains that of the cat bond positions that have seen their valuation bounce back since Ian, they come from just two sponsors.

Other cat bonds, that either remain impaired or have recovered somewhat, did not cover flood risk in any way, but may have had surge coverage included.

“Thus, one is driven to the conclusion that if there is a disconnect between October and December pricing it is that the market now seems to feel that it dodged a flood bullet from Ian,” the Lane Financial analysis explains.

Adding that, “Indeed, Ian jogged to the right (east) at landfall avoiding Tampa and saving reinsurers from the worst flood outcomes.”

Lane Financial also points out that there remains at least two years for loss development to continue, which could “correct the trajectory of the estimates,” so time will tell if the ILS market has got its prices right for these potentially exposed to Ian notes.

“The issue of flooding and whether damages result from storm surge or flood is a fraught one,” the analysis states.

Continuing to say, “It reared its ugly head after Hurricane Katrina when the Louisiana Governor leaned on reinsurers to pay up, notwithstanding the ambiguities.

“Consider also that Florida currently has an ambitious Governor who would love to demonstrate his abilities against the insurance companies, and you have the very essence of what has been called “social inflation” of claims.

“It is possible that the early estimates of Ian losses were driven by those fears. – perhaps justifiably so – and which are impossible to model. Somehow the market now thinks it overreacted and has moderated that view.”

It remains to be seen whether that moderation of the loss view is correct, or not. But with initial cedent loss reports coming out lower than anticipated in many cases, at the moment the direction of travel seems accurate.

Had hurricane Ian roared directly into Tampa Bay, the outcome could have been very different and the surge vs flood question would have been a key issue, as loss estimates were set.