Any doubts surrounding the durability of alternative structures have largely been put to bed after ILS’ response to 2017 events. And while there’s been no surprises so far in 2018, the ongoing maturation and evolution of the sector suggests investors won’t be completely decimated by losses. 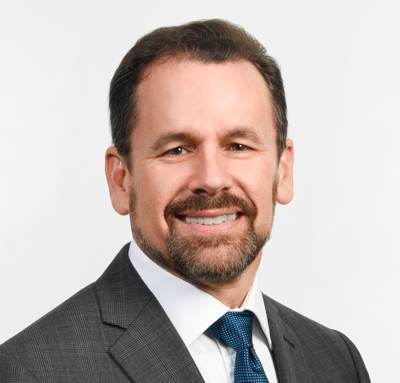 This is according to Tim Faries, Bermuda Managing Partner of offshore law firm Appleby, who met with Artemis at the annual meeting of the reinsurance industry in Monte Carlo recently to discuss trends in the catastrophe bond and broader insurance-linked securities (ILS) marketplace.

To start, Faries explained that during last year’s Rendez-Vous de Septembre in Monte Carlo, Monaco, everyone was tracking the first of three major storms, and questioning what is going to happen to investor sentiment if there are any significant losses in the ILS area.

“We saw that not only did capital stay, it increased. For the first time really, we were able to see the resiliency of the model. And I think if anyone had any doubts about the durability of alternative structures, those would have largely been put to bed.

“I think with the benefit of a year like last year and the maturation and the evolution of the market, that it is not viewed as being the big ‘what if anymore’. It does not appear that the investor base will completely disappear or be decimated by losses,” said Faries.

He added that although there may now be more, and other products that the same capital might find attractive, the unique reasons for moving into the ILS space will still be there.

It’s an interesting point, and testament to the diversification and extremely low correlation benefits the ILS space holds for capital markets investors. The investor base has now shown its willingness and ability to pay losses, while also showing its commitment to insurance and reinsurance-linked investments by actually reloading and expanding in time for the January 2018 renewals.

Discussing 2018, Faries said that for Appleby in Bermuda, it’s been a busy year characterised by more of the same, in terms of the ILS structure formations.

“We have seen a fair amount of development in Bermuda. In terms of new start-ups, it has been principally in the life space. There are probably four maybe five, maybe even more relatively large capitalised life start-ups. It has accelerated over the last year, at some point it will reach a saturation point. But that has not been a surprise as we saw that trend in 2017.

“For the market, it is just another layer of complexity and diversity, which is so critical to having a well-rounded economic marketplace,” he said.

While 2018 has been more of the same for Appleby in Bermuda, in terms of ILS structures, Faries explained how over the last two decades or so the Bermuda ILS space has transformed and evolved in numerous ways, including the ongoing streamlining of transactions.

“The first cat bonds we did were really comparable to setting up a third-party capital reinsurer. It was an intense period of time to work in. The margins were no better, the same constraints were there, so you really had a pressure on price, in terms of our services for example. And structure, simplicity, efficiency, was difficult to achieve.

“In 2008 and 2009, probably for us our cost of production for a cat bond structure halved. And you have had inflation in that period, so that is testament to how much streamlining there has been in the space. We knew that there would be a lot of pressure for them to be a lot less expensive. So the objective for us was to streamline the activity. There has been an ongoing cost minimisation, aided by growing familiarity, which has resulted in less necessary regulatory interaction.

“But service providers are definitely quoting now half, even 40% of what similar structures were costing previously. It is hard to compare structures as there has been so much change in that time,” said Faries.

The continuous streamlining of catastrophe bond transactions led to the development of the cat bond lite structure, and Faries underlined how these types of deals enable access to a different area of the marketplace.

“What they are lite on is initial structural complexity, and for a third-party service provider like us, it reduces the production cost. The lite approach is accessing a different segment of the market. For us, it has been about lowering your expectations about the level of fee income achievable on a transactional basis, but then in some cases replacing it with greater volume. It is really about being flexible and moving the way the market moves,” he said.

As both the Bermuda and broader ILS market continues to evolve and expand its remit, new jurisdictions are looking to play a role in the space, including the London market.

London now has an ILS regime in place and the issuance of the first catastrophe bond transaction to be arranged using the new UK Risk Transformation Regulations 2017, occurred earlier in 2018.

In light of London’s ILS ambitions, Faries said that it would be “foolish” to discount a place like London and referred to what happened in the ILS space 10 years ago.

“It looked like Bermuda was going to miss the boat as deals were being done in Ireland and Cayman was also showing interest. Bermuda, which had a market, and players that would be in the first wave of potential buying and selling of these instruments, should have had a natural jurisdictional advantage, but the jurisdiction was not really in that conversation.

“We managed to turn that around. And again, because of the nature of our pre-existing market and regulations and community that was focused on the industry, Bermuda took a dominant position.

“We only have to look at our history. Bermuda has innovated and led many times before. We were able to turn this around and become the dominant player. It is important, however, to not be complacent and think that London could not do that as well,” said Faries.