The insurance-linked securities (ILS) market is ripe for expansion in the casualty space and growth is being driven by the diversification and capital deployment needs of ILS fund managers, according to Jim Robinson, the Chief Executive Officer (CEO) of MultiStrat Advisors Inc. 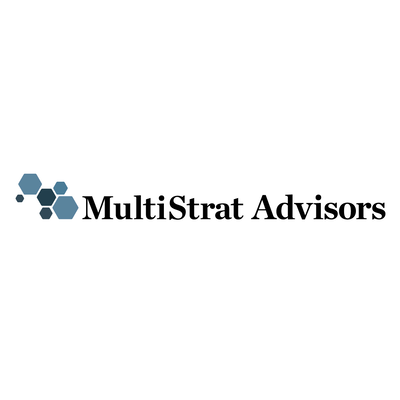 After high levels of catastrophe losses in both 2017 and 2018 on the back of a benign period, the resolve and reaction of the ILS space was somewhat put to the test. Over-time, as loss creep from events continued and capital continued to be trapped, managers and investors alike started to rethink some fundamental assumptions about ILS fund mandates.

This is according to the CEO of MultiStrat Advisors, sister company to the MultiStrat total-return focused reinsurance underwriter and servicing firm, which is owned by Bermuda-based Multi-Strat Holdings.

“One area of consensus which has emerged from these debates is that the diversification into other risk classes would serve all parties well. Happily, casualty deals have been getting done in the background, below the radar. This sets the stage for a substantial step up in activity as ILS managers seek the diversification of both risk and sources of returns. ILS funds will benefit from the casualty non-correlation – not only do they exhibit low correlation to financial markets, but equally if not more important, the correlation is even lower with the manager’s core CAT book.

“Casualty is a class of business that may be more easily integrated than many have suspected, as many of the challenges have been overcome or minimized in the early experimental stages. The stage is set for ILS managers to embrace casualty business,” said Robinson, in a recent interview with Artemis.

From an initial glance, it might look as though casualty risk is on the other end of the spectrum from catastrophe risk, but Robinson explained that on closer examination, there is more in common than meets the eye.

“MultiStrat has structured close to $300m in deals in NSA, Workers Compensation, Employers and Professional Liability classes, which have closed in structures that share the same legal, accounting, and regulatory DNA as CAT bonds. Focusing solely on structured risk, many of the tools used to moderate some of casualties’ challenges will look familiar,” said Robinson.

What’s been lacking, he added, is largely confidence in market development of casualty as a whole, even while deals have been getting done. Markets develop very, very slowly, said Robinson, before experiencing a seismic shift.

“Hidden pockets of expertise and experience are knitted together and catalysed by some unforeseen event. The ILS markets recognition of its need for diversification is the catalyst that will propel Casualty ILS (or CLS) to the next level this year, gaining market credibility and acceptance. You would have seen this phenomenon first hand in the reinsurance and insurance markets with systemic events driving stepwise growth. We saw it in the wake of 9/11 in the reinsurance markets then with CAT bonds after Katrina. The markets stepped up to a level of expectance and broadening investor acceptance and never looked back,” he said.

As shown by the Artemis Deal Directory, ILS transactions structured in a similar way to a catastrophe bond but that cover other risks are becoming more common, perhaps most notable is the significant rise in mortgage ILS deals over the last two years.

The successful completion of mortgage ILS deals, operational risk transactions, as well as casualty ILS, or CLS transactions from MultiStrat since 2017, show that market players have been building experience and improving their skills in new areas of the risk landscape.

“The casualty alchemists experimenting with more challenging opportunities are turning these into expertise, experience, and track record. This nascent market is ripe for the ILS diversification catalyst,” said Robinson.

He continued to note that capital markets investors that have an appetite for both yield and experimentation are increasingly partnering with cedants alongside panels of traditional insurance companies, explaining that one of MultiStrat’s clients is a single fund with double the equity assets of many established reinsurers, while another literally has trillions.

Traditional reinsurance markets have become more volatile and in response, many cedants are actively looking for alternative capital solutions.

“All the ingredients of a credible market and a lot of experimentation have been hiding in plain sight. Professional support, business models, JVs, acquisition of markets leaders, deals – are all to some degree experiments in marrying new risks to alternative capital sources. It started with sidecars and has progressed to single transactions to novel capital sourcing to integration thru acquisition,” he said.

Such acquisitions include Markel’s takeover of Nephila, and joint ventures such as 777/Leadenhall, and also individual deals like the recently announced Ledgers casualty deal that is backed by AlphaCat, explained Robinson.

Ever since ILS started looking at the casualty space, potential issues have been highlighted, with perhaps the most notable of these being the tail risk. However, Robinson stated that this can be overcome with commutation structures tied to profit shares.

“Early developments have occurred in short-tailed business – e.g. Generali’s Horse Capital. Additionally, with the well-chronicled explosion in run-off acquirers, a lively secondary market seems imminent. Often investors will shy away for liquidity concerns which can be addressed through well-managed collateral releases. These casualty contracts can be superior to CAT in some ways, though this collateral may be held longer, since the releases are contractual they avoid the current “unexpected trapped capital” problem,” said Robinson.

At the same time, a lack of predictive modelling has often been cited as something that is lacking within the casualty arena, but Robinson was eager to note that MultiStrat’s experience suggests otherwise.

“Many of casualties older lines of business provide substantial, stable data with high single low double-digit co-variance. This compares favourably to modelling of CAT losses for 2017 with 50%-100% variance. Other standard securitization techniques such as tranching a deal allows for more efficient capital deployment, matching risk appetite to the appropriate tranche rather than one size fits all.

“By combining a number of these solutions, it produces casualty investment opportunities that not only come in a familiar structure but offer a number of benefits beyond addressing some of the perceived shortcomings. Developments in investment strategies, collateral management and commutation/RITC approaches will enable casualty returns to turn longer durations into strengths, not weaknesses.

The longer tenor actually balances the sources of returns, from investing the premium “float” and capturing the underwriting margin creating more resilient, balanced “total returns” and generating IRR’s in the range of 12%. These returns are largely immune from market gyrations as they are managed primarily under asset liability matching strategies.

“When comparing the probability of loss between casualty and CAT, casualty shines as well. Its inherent diversification drives lower probabilities of loss in general, but also hedges against the severity of CAT claims giving casualty substantially less downside risk and a better recovery profile.

Ultimately, “the market is ripe for casualty risk to experience similar growth as the CAT bond market, propelled by ILS managers need for diversification,” concluded Robinson.