Natural disasters, such as weather and geophysical catastrophe events, have been the direct cause of sovereign rating defaults in the past, but risk transfer, insurance and reinsurance can all help to support sovereign credit worthiness, with catastrophe bonds a tool available to help countries manage disaster risk. 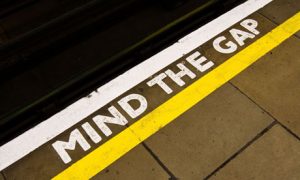 Natural catastrophes cause an increasing amount of economic loss to countries around the globe and the incidence of disasters has been seen to increase over the last 35 years, with now almost 1.5% of GDP per year on average lost, according to a report from Moody’s Investors Service.

The impact of catastrophes and natural disasters varies around the globe, according to how exposed and how developed an economy is, with average annual economic losses between 1980-2015 just 0.3% of GDP in developed economies, 1.5% of GDP across emerging markets as a whole, and as high as 3.6% in the Caribbean region.

The region most affected, in terms of natural disaster occurrence and population affected, is Asia because of its geographic features, exposure to peak catastrophe events and population density. However it is the Caribbean that experiences the highest economic loss globally as a share of its GDP.

So the impacts are clear and the exposure to countries GDP’s and therefore the effect on a sovereigns credit worthiness and ratings mean that catastrophe risks need to be managed and transferred off the sovereign balance-sheet as much as possible.

Moody’s notes that severe catastrophes and disasters can cause countries to experience a decrease in economic output, a deterioration in external and fiscal balances, and an increase in debt-to-GDP ratios as borrowing increases to help pay for reconstruction efforts. Poverty can also increase, which can prolong a decline in a countries GDP, as natural disasters tend to have a disproportionate affect on poorer segments of society.

So it’s clear that sovereigns should be doing something to protect themselves against the financial impacts of disasters, setting up arrangements that can provide contingent capital to help to pay for the immediate disaster relief costs and financing reconstruction, while also ensuring systems are in place to compensate their people for loss and damage to lives and livelihoods.

Of course risk transfer is the answer, at all levels in the value chain. From sovereign level insurance facilities and instruments that payout rapidly after disasters such as catastrophe bonds, to the use of global reinsurance markets to back provision of insurance policies to the population.

Moody’s report explains that emerging economies are significantly less insured against natural disasters, citing data from reinsurance company Swiss Re that shows 40% of direct losses from natural disasters are insured in developed countries, while only 5% in low income countries.

The size of the protection gap is clear, as is the opportunity for insurance, reinsurance and indeed insurance-linked securities (ILS) companies to play an important role in narrowing the gap. The 60% of uninsured disaster losses in developed economies is likely as large, economically, as the 95% uninsured in low income countries, reflecting the fact that the protection gap is not only seen in emerging regions.

By relieving the pressure on sovereign finances immediately after disaster strike, to provide immediate aid, relief and reconstruction financing, governments can focus on the important task of helping people recover, rather than emptying their coffers or borrowing heavily to rebuild.

Here the parametric trigger can play an important role, providing a mechanism for triggering payouts based on the actual occurrence and parameters of a disaster or severe weather event. The protection could be insurance based, backed by reinsurance capital, or a catastrophe bond, issued to cover a nation against natural disasters of a specific severity or greater.

By leveraging the capital markets as a source of efficient risk transfer capital, sovereign nations can diversify their risk into the deepest and most liquid pool of capital available, benefiting from attractive pricing due to investors appetites to be paid for assuming catastrophe risks, which are seen as an asset class which is largely uncorrelated to wider economic and financial market factors.

Moody’s cites IMF data that natural disasters are the second-leading cause for contingent liabilities to materialise in an emerging market sovereign, due to the fact that governments are essentially acting as the insurance and reinsurance provider of last resort.

Catastrophe bonds are an option that gets discussed by the international community repeatedly, but the use of cat bonds by sovereigns remains rare. Cat bonds can provide a way to effectively insure the sovereigns public finances against specific disasters occurring, while also providing the reinsurance capital needed to support the development of local insurance products and markets.

Ultimately, what is most important in the mission to narrow the gap between economic and insured losses, is a tiered approach to educating and encouraging different levels and players in society to protect themselves with some form of risk transfer.

At the sovereign level parametric insurance and catastrophe bonds are clear options, which could provide the much-needed capital after a disaster and protect the sovereign’s finances and ultimately ratings.

But below that there is also a need for capital to be protected. Emerging economies attract significant capital inflows from aid organisations, international donors, development banks and of course multi-national corporations. Much of this inflowing capital is unprotected against catastrophes, natural disasters and weather events.

There is a need for the insurance and reinsurance industry, as well as the capital markets and ILS, to target these segments and encourage them to protect the money flowing into developing nations, for when disaster strikes and that capital is eroded or flees it can leave the country with fewer jobs, less support, more vulnerable and having to pay to attract capital back again.

Another tier is the commercial world, particularly the multi-national players. In the past there have been examples of factories being destroyed by earthquakes only for the owners to establish new ones in other countries, leaving the local economy to suffer. In some cases the lack of risk transfer and insurance means that a corporation would rather move than try to start again in an area where it has been stricken. This is another problem that risk transfer cannot erase but can go a long way to assist.

The lower tiers are where local insurance markets need to be fostered, assisted by global reinsurance and ILS capital which should take the burden of the peak disaster events. Local insurance right down to the micro-insurance level is necessary to help the population to begin to help itself as well.

But key to developing the local markets is the provision of and access to efficient reinsurance capital, be that traditional or from the capital markets.

The education and sales process to encourage this kind of risk transfer focused mind-set among sovereign leaders is large and progress can be slow, but this is a huge opportunity for insurance, reinsurance and the capital markets, to help protect the world against disaster, ultimately enabling sovereigns to get on with their job of making lives and livelihoods better with the financial impacts of disaster lessened through risk transfer.