Hurricane Delta made landfall in the region of Creole, Louisiana on Friday at 18:00 local time, at Category 2 hurricane strength with sustained winds of 100 mph and impacted a region already badly affected by hurricane Laura at the end of August. 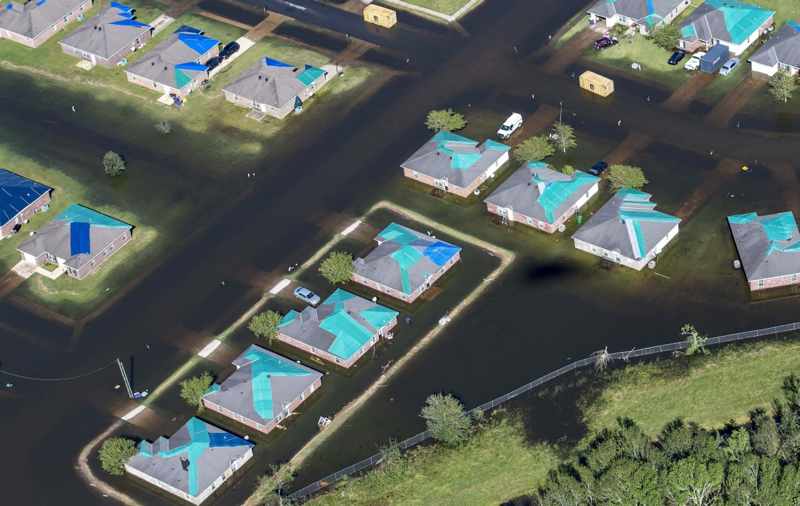 Having impacted Mexico’s Yucatan Peninsula on Wednesday, where damage to hotels and tourism facilities in the high-value region of Cancun was seen seen, hurricane Delta headed into the Gulf of Mexico and intensified on a course for Louisiana.

The hurricane has caused further damage to the region already badly hit by Laura only a few weeks ago, with reports suggesting the Louisiana Parish’s closest to Delta’s landfall have been severely hit.

Hurricane Delta weakened rapidly after landfall though, which has prevented the damage footprint from being anywhere near as large as was seen with hurricane Laura.

Hurricane Delta is reported to have damaged equipment at a number of oil refineries in the region, while shuttering production at many others including as far away as Port Arthur in Texas.

While as many as 700,000 properties were reported without power at one stage as the storm struck.

Most U.S. offshore Gulf of Mexico oil output was shuttered for the storm and 62% of natural gas production, it has been reported.

Some areas, such as Lake Charles, which were particularly badly hit by hurricane Laura were flooded again by surge from hurricane Delta.

Property damage to roofs has been reported quite widely, but some of these will have been weakened by the earlier hurricane.

Insurance and reinsurance industry adjusting for the most recent storm promises to be challenging, as questions over which storm caused damage will arise and it may be challenging to attribute damage to one storm or the other.

A.M. Best noted that because the damage from Laura was so widespread, Delta’s losses may not be as high as models suggested.

However, complications over the claims process will be rife, with questions over wind damage from one storm, versus water from another and which storm caused the impacts, likely to play into the eventual length and cost of adjusting processes.

Remnants of hurricane Delta have been spawning tornadoes as the weather system travelled north and east, adding further severe weather impacts to a much wider area.

As we explained last week in our coverage of hurricane Delta, the industry had been pointing to a low single-digit billion industry loss from hurricane Delta and our sources suggest this is still the most likely scenario, with some pointing to expectations of a sub-$2.5 billion loss for this storm.

Hurricane Delta’s losses are likely to be largely retained by the majority of insurers, while some leakage to property catastrophe reinsurance programs is possible, particularly for insurers that have already claimed for previous storms this season.

Erosion of aggregates may be the main reinsurance impact, as contracts exposed to multiple loss events in a season rack up another qualifying event.

Hurricane Delta will not be a particularly impactful storm for the reinsurance market it seems and as a result not for the insurance-linked securities (ILS) market either.

There is some expectation that claims may flow through some quota share arrangements, which alongside aggregate deductible erosion could be the main impact for reinsurance carriers aside from a handful of excess of loss programs that get triggered for smaller insurers.

“Although the capital position of smaller companies is more at risk, prudent retention levels should result in losses with more of an impact on earnings than on capital. AM Best does not expect a significant number of rating actions to result solely from Hurricane Delta, but reinsurance programs that respond differently from what is expected may be subject to ratings pressure.”

The insurers that are most exposed are well-reinsured, with reinsurance programs that provide ample coverage for a storm like hurricane Delta and features in their coverage allowing for reinstatements or top and drop cascading protection.

While reinsurance market losses from Hurricane Delta are not expected to be overly significant, Delta does seem likely to settle towards the low-end of the single-digit billions, in terms of industry loss, it could provide further upwards impetus for rates come renewals, as storm losses in the United States aggregate towards making 2020 an above average catastrophe loss year.

The tropics now look set to turn quieter again for a time, although with still over a month and a half of the official Atlantic hurricane season still to run, further impacts and losses from tropical activity cannot be ruled out yet.