A new report published by rating agency Standard & Poor’s suggests that reinsurance firms may be looking at the state of the market with a sense of deja vu, as they realise they face another year of declining reinsurance rates. 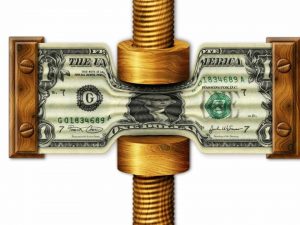 But rather than feeling like they have experienced this before, we’d suggest the market needs to get over its annual shock when prices don’t rebound and reconcile itself with the fact that we’ve entered a new normal, where more efficiently priced reinsurance capital equals lower rates on a more permanent basis.

The June 1st reinsurance renewal brought disappointment to many in the traditional market who had been hoping for price stability and the much called for floor on rates to emerge.

Instead of stability at June, reports suggest rates declined as much as -10% for some programs, with a more widely seen -4% to -8% decline across much of the rest of the renewing reinsurance market, particularly on Florida property catastrophe programs.

This leads Standard & Poor’s to say that global reinsurers are facing another year of declining rates, while trends the rating agency has been tracking continue to all point to an ongoing softening of pricing in the global reinsurance market.

Once again, the abundance of capacity and subsequent years of relatively low loss experience, are blamed for the state of the market, as pressure on pricing and as a result on the traditional business model remain.

S&P notes that competition remains very high, as reinsurers hunt for risks that are attractively priced. At the same time any pockets of growth that do emerge are quickly absorbed by existing market players and any isolated price strengthening is rapidly dampened down.

Having too much capital is seen as a very bad thing in reinsurance and capacity is perhaps unecessarily demonised, while executives hope for losses to soak up some of the excess. It’s not a great position and outlook for many traditional reinsurers right now, as they grapple with softened pricing and underwriting returns that no longer always meet their required returns-on-capital.

But despite all the pressure, for now the outlook remains stable at least, which has been evidenced by the continued ability of traditional reinsurance firms to report profits.

So despite the lower pricing, S&P remains comfortable with the rationality of underwriting seen in the industry so far and given the high levels of capital does not feel any immediate threat is posed to the sector as a whole.

But there could be outliers, and Gharib warns that should the rating agency see any signs that discipline is slipping it could be quick to act

“However, any aggressive growth through underpricing–especially in the softer lines–while providing cheap capacity to cedents will likely trigger negative rating actions,” he warned.

Spotting the bottom of the current reinsurance market cycle is “somewhat of an obsession for market participants” S&P says.

But perhaps the issue is that the market continues to think of cycles as “current” when actually the trends suggest that we could be in something that is more permanent, meaning that the deja vu reinsurers are experiencing may be more of a time warp that is becoming ever more impossible to escape from.

Hence, we suggest that we’re in a new normal, something we first called for as long ago as Q1 2013, (here first).

The reality is that capital has been seen to be increasingly fungible, the fast capital we’ve written about numerous times before, and this change over the last decade means that the cycle we see today is unlike any we’ve seen before, in reinsurance and in other industries that are particularly affected by capital flows.

Reinsurance pricing should be risk commensurate though, so a new normal does not necessarily mean ultra low rates forever. But it should mean that reinsurance or risk transfer capacity is priced related to the risk underwritten, and the expertise of the originators, underwriters, analysts, pricers and service providers required to get the deal done. Rather than based solely on market forces and the desire to get paid back when losses do occur.

If traditional reinsurers cannot adjust to the new normal they will risk marginalisation.

In the future, whole swathes of the re/insurance market could become the sole domain of efficient capacity providers, from the capital markets or elsewhere, or be transferred through broker-led facilities that take risks directly to the lowest-cost capital.

Technological development means that risk transfer efficiency will increase rapidly in years to come, with the subsequent margin squeeze likely to make the fully traditional reinsurance business model only viable where you have a specific domain expertise that clients are willing to pay you for.

If you’re operating in any commoditised market, or market that could become commoditised through the application of InsurTech, data analysis and efficient capacity, then you really need to find another way to get paid if the returns no longer support the cost of your capital.

But of course this is now expanding, albeit slowly, as cheaper alternative capital sources are being put to work in other lines of business by ILS fund managers, and also in vehicles such as total-return reinsurance structures, or internal reinsurance vehicles, which can often be focused on longer-tailed lines.

The capital markets influence on reinsurance pricing is only increasing, we would say, as the ILS fund market continues to grow, while reinsurers increasingly turn to third-party capitalised vehicles to help make their underwriting capital more efficient.

The mechanisms and structures to access the returns of insurance and reinsurance risk are increasing as well, while at the same time the routes to risk are becoming increasingly direct.

All of this means the pressure continues and the efficiency of reinsurance industry capital keeps rising, leading us to believe that efficient, but risk commensurate, pricing will be a key trait of reinsurance for the forseeable future.

Diversification clearly still plays a role in helping reinsurers remain efficient, but perhaps this has been taken too far now as some risks and regions have clearly become underpriced, although this is justified as a diversification benefit.

Whether this can continue to be the status quo, if the cycle doesn’t rebound like it used to ever again, remains to be seen.

The crowding out of traditional reinsurers, as well as the realisation that we’re facing a new reinsurance market paradigm among those forward thinking enough, has caused a reaction from some incumbents.

We can see this in the shift along the risk-to-capital value chain from the likes of Swiss Re and Munich Re, both of which now openly focus on writing more direct corporate business, while backing Insurtech start-ups or initiatives that can perform direct customer acquisition for them.

We also see this from those reinsurers for whom third-party capital and ILS vehicles are a growing part of their underwriting platform.

These trends will continue, as making sufficient margin and the efficiency of capital or capacity remain key.

But with catastrophe losses back to near normal levels, it could only take a slight uptick for us to test the theory of a new normal in reinsurance pricing.

If losses ramp up the profitability pressure on much of the traditional market, but rates do not jump back to the levels seen after the last major losses and in fact new inflows of capital help to keep things perma-soft, that is the time when rating agencies may find themselves compelled to take action.

In the end, S&P says, it’s all about pricing.

We would add, in the end, it’s all about the pricing your business model and cost of capital can sustain.

Given the trend towards ongoing convergence of capital markets, insurance and reinsurance, as well of course as the rapid pace of technology development in the sector, we believe that an increasing number of business models are going to emerge that can sustain lower reinsurance pricing.

So it’s time to plan for the new normal, before it’s too late.