December severe weather in US to complicate or slow renewals: BMS

After the deadly impacts of the tornado outbreak just about a week ago, the United States has been hit by another historic weather event in recent days, as an “explosive cyclogenesis event” struck the Upper Midwest, which adds to ramifications for the reinsurance renewals. 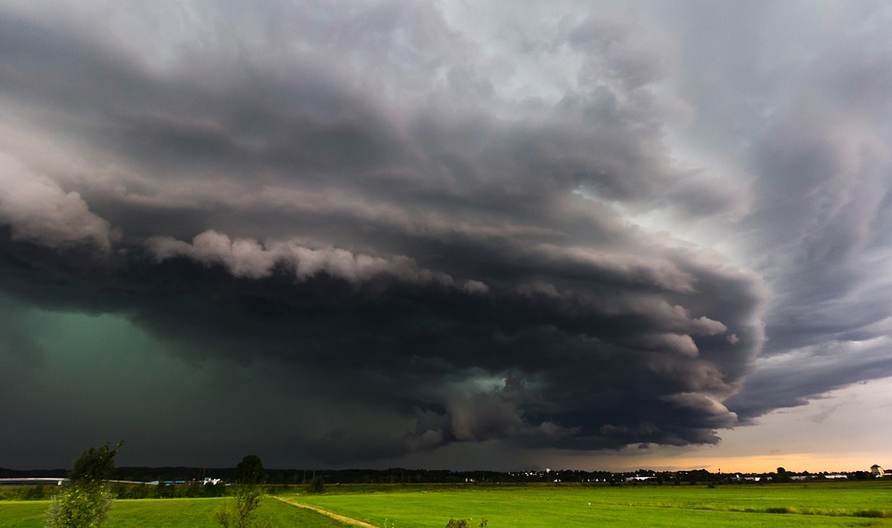 This is according to BMS Senior Meteorologist Andrew Siffert, who said that the weather system that crossed the Upper Midwest this week “could be classified as a bomb cyclone” as its pressure deepened from a 1003 mb low pressure over the Rockies to a 977 mb low in the Upper Midwest in less than 24 hours.

The result was a line of severe weather and thunderstorms, which was termed as a Derecho by many, as well as upper-atmosphere effects including a sting jet.

The result was strong and potentially damaging winds across an extremely wide area, so wide in fact that it is going to make the calculation of any insurance and reinsurance market losses a long and challenging process.

Siffert explained the conditions that were seen across the Midwest:

The highest wind gust that has been observed so far was a wind gust of 107 mph observed in Lamar, Colorado. On the front range of the Rockies, a 100 mph wind gust was measured at the U.S. Air Force Academy near Colorado Springs, in addition to a lot of 80 – 90 mph wind gust readings across the area. There was even a 100 mph wind gust in Russell, KS. In the Midwest, there is are dozens of wind gusts from 60 – 90 mph behind the initial line of convective storms. A 74 mph wind gust reported at the Des Moines Airport was the highest non-convective wind gust since 1970. When you combine the sting jet with the intense line of a thunderstorm that also produces a wide swath of strong winds, it would appear the criteria for a derecho was also met: damaging winds extending for 250 mph or more, wind gust of at least 58 mph along the length with separated gusts of 75 mph.

He also noted that this unusual December severe weather outbreak broke the record for the most 75 mph severe wind reports in a day since 2004.

There were 55 such reports of severe winds, which actually surpassed the Iowa Derecho from 2020, which had 53 severe wind reports and is estimated to have cost the insurance and reinsurance industry around $7 billion.

On how large a loss this latest weather event could deliver, Siffert notes that winter tree foliage means that stress on trees and tree-fall should be lower, which could make quite a difference in insured losses.

“Yes, trees did topple, but given the winds experienced here the magnitude of tree fall or broken limbs should not add up to be similar to summertime wind events,” he explained.

Hail was also not a significant factor it seems, similar to the previous weekend’s tornado outbreak.

However, “The amount of exposure to damaging winds from this bomb cyclone significantly more compared to the narrow tornado swaths from the Quad State tornadoes,” Siffert said. But added, “Without the widespread hail and the foliage on the trees, damage should be lesser than if this was a true summertime wind event.”

Siffert likened the event to a cyclone that struck a large area (not as large though) in 2010 and caused around half a billion dollars of insured losses.

It does seem this weeks event, given its wide-footprint, could have the potential to become another billion dollar industry loss event, once all the damage is assessed and claims aggregated.

“The area impacted by this bomb cyclone is large and the wind speeds are impressive, but at this time the insured losses shouldn’t top the catastrophic Quad State tornadoes,” Siffert further explained.

But noted, “However, this December to remember is supposed to be quiet as the industry focuses on its prime renewal season. The events of last week could surely complicate or at least slow this process.”

On this severe weather outbreak and Derecho from earlier this week, rival broker Aon has said that it expects “another notable payout for the insurance industry.”

But like the tornadoes, primary insurers are expected to hold onto the majority, with a smaller percentage ceded to reinsurance.