The insurance and reinsurance industry loss estimate for Cyclone Debbie has been finalised at AU $1.74 billion by PERILS AG, a 5% on the previous report of the market-wide loss from the storm and now equivalent to roughly US $1.34 billion. 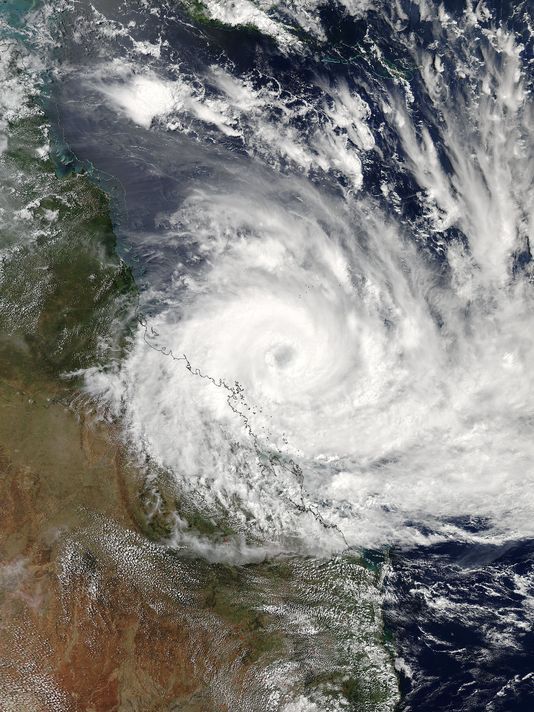 Called the most expensive cyclone to ever hit Queensland, Tropical Cyclone Debbie struck parts of Queensland and New South Wales, Australia from March 28th 2017 and impacting the country into the early days of April.

Cyclone Debbie is second only to Cyclone Tracy, in terms of economic and insurance industry damages.

Now, a year after the event, over 95% of residential insurance claims are reported as closed and it’s estimated that more than AU $730 million of the insured loss bill (which the Insurance Council put at more than AU $1.71 billion) was down to commercial claims, with residential, motor and content making up the remainder.

In reporting its fourth and final insurance and reinsurance industry loss estimate of AU $1.74 billion for Cyclone Debbie, catastrophe data aggregator PERILS said that this is the first Australian catastrophe loss event for which a market loss footprint is now available.

The previous loss estimate from PERILS had been for AU $1.658 billion.

The footprint is based on loss data collected from affected insurance companies and made available at a postcode level and by property line of business, with losses split into categories of ‘Cyclone’ and ‘Flood’.

Darryl Pidcock, Head of PERILS Asia-Pacific, said, “This final footprint for Debbie has again been produced by collecting detailed loss data from affected insurance companies. The coverage and quality of this information has enabled us to create an accurate loss picture for what was a complex storm, impacting a wide area with flood and wind, and resulting in materially different impacts over the affected areas. This real data also enables subscribers to validate their model assumptions.

“The preparation of this data requires considerable effort on the part of the data-providing companies. We are extremely grateful for their continued support and remain committed to returning value in the form of high-quality industry data which helps them to manage their exposure to Australian Cat risk.”

Cyclone Debbie was a loss event for a number of collateralized reinsurance providers, so had a relatively small impact on ILS fund performance during 2017.

Other estimates on the industry loss caused by Cyclone Debbie came from reinsurance giant Swiss Re which estimated the industry loss as around US $1.3 billion, while fellow giant Munich Re opted for US$1.4 billion.