Cyber cat bonds will be a reality within two years: Jean-Louis Monnier, Swiss Re

It is only a matter of time before cyber risk is transferred to the capital markets in a meaningful way, thinks Jean-Louis Monnier, global head of ILS structuring at global reinsurance firm Swiss Re. 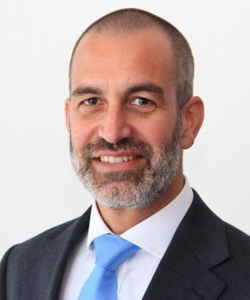 Speaking to Artemis at the Rendez-Vous de Septembre in Monte Carlo he said that while Credit Suisse’s Operational Re transaction had been innovative, the key to further issuances was to develop modelling capabilities and improve event and coverage definitions.

“The question is whether it’s scalable,” says Monnier. “In order to make it scalable we need to increase the transparency of the risk being ceded and make some advances in the modelling.”

However, while ILS markets will continue to diversify, he thinks the dominant focus will remain catastrophe risk. “The bulk of the market will remain nat cat – US perils and aggregate triggers. The nature of the collateralised market makes it more suited to taking these peak risks that attract the highest capital charge on a reinsurer’s balance sheet.”

He thinks ILS sponsors will return to market at 1 January as a strategic part of their overall reinsurance renewals purchasing and does not anticipate that Irma losses will have a significant impact on the cost and availability of alternative capacity beyond a moderate hardening of ILS spreads.

“A number of cedants are considering ILS within their nat cat purchasing and will continue to do so,” says Monnier. “And [Irma] is not going to change their plans. We see sponsors considering ILS due to the fact that for US perils, ILS rates will likely continue to be competitive. The hurricane events will not change that.”

Nevertheless, he thinks Irma has tested the fortitude of the market. “In various ways it was a test before it made landfall in terms of how the market would behave, and we saw a bit of trading.”

“In terms of impact there will be a ldirect impact on some bonds, but way less than would have been the case if the hurricane had made landfall around Miami. Indirectly is the fact that on a number of contracts, on both bonds and private deals, collateral gets trapped and is not released until there is more clarity on what the losses are going to be.”

“So this could be a test of the alternative capital footprint and the capital available for renewals,” he concludes.

He agrees with other commentators that capital waiting on the sidelines to enter the reinsurance industry post-Irma will expect higher returns. “It’s not a question whether capital will be there,” he thinks. “It’s more a question of price. Fund managers will be in touch with investors and will be trying to raise money so they have it to hand when opportunities arise.”

“But I think they will be selective. 2011 investors were quite disciplined in their approach and I think that will be the case now as well,” he adds.

The reinsurance cycle still exists, thinks Monnier, just in a different form given the ability of capital to move into the industry post-event. “I always have the view that capital seeking yield and risk will find its way to the risk. A long time ago you capital would back reinsurance start-ups. Now there’s a direct and more pure route to the risk: ILS. But at the end of the day it’s still the same premise.”