Current accident year underwriting in the Lloyd’s of London insurance and reinsurance market is not profitable in the aggregate, according to the market’s CEO Inga Beale and Chairman John Nelson, which they term a “deteriorating and worrying trend” and a “great concern.” 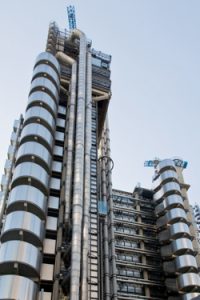 Profitability at Lloyd’s has been on the wane, as the global reinsurance market pressures have now spilled broadly into specialty lines of both primary insurance and reinsurance, while other areas of commercial coverage are also facing margin erosion.

However the Lloyd’s market, barring any major catastrophic losses over the course of the rest of December, will report a strong performance for 2016, despite the tough operating environment, Beale and Nelson explain in their annual end of year email to the market.

“The strength of these results masks a deteriorating and worrying trend: that current year underwriting is not profitable in aggregate at the moment. This is a matter of great concern to us,” the paid explain.

Lloyd’s of London faces the same pressures as all other areas of the insurance and reinsurance sector right now, as the need for efficiency increases and legacy business models begin to look less tenable.

The important thing for Lloyd’s market players is to identify their strengths and establish ways to get paid for the value they add to the chain, in the same way that reinsurers now have to.

This is quite the mind-set change for Lloyd’s underwriters though, as no longer will it be viable to simply be the recognised leading capacity source for a risk. In many ways this is a good thing, as it means real expertise, so those specialised underwriters who really know their class of business, will be able to command greater revenue than those adding less to the transaction.

Following markets, be they syndicates or companies, may find their days limited as now there will always be more efficient capital than that wielded through the Lloyd’s market. So if you have little value or expertise to add, are unable to be the lead analyst or pricer of a risk, or simply struggle to adjust to the new insurance and reinsurance market paradigm that is emerging, you might find survival a struggle.

The letter from Inga Beale and John Nelson calls for continued underwriting discipline, saying that they “anticipate that the need for continuing review of underwriting plans will be necessary throughout 2017.”

The Lloyd’s market will also continue to work on modernisation and technology, an ongoing task of the last 20 or more years at Lloyd’s, with now an evaluation ongoing of “the potential for blockchain and smart contracts in the market.”

That’s encouraging, however evaluating it at this time could be a little late when others are already building blockchain based reinsurance placement pilot systems.

Lloyd’s undoubtedly faces ongoing challenges and pressure in 2017 and conditions are likely to get more trying before they get any easier. But the market has significant expertise, global access, large sums of capacity and a model that could be made to work if its efficiency can be enhanced.

It really does come down to finding your place in the risk to capital value-chain, ensuring you can monetise the intellectual capital you bring to a re/insurance transaction and making the capacity as efficient as possible.

Lloyd’s has all the elements required to do this, but it will take some bold decisions over the coming years in order to enable the market to remain relevant and viable, which means it needs to get its underwriting years profitable going forwards.

There is a cultural challenge at Lloyd’s, a market with hundreds of years of history behind it. Change does not flow smoothly through such institutions, but now it is necessary and we’re likely to see an increasing number of innovative initiatives being announced in the years to come.

Of course third-party capital remains a key piece of the Lloyd’s of London business model. Whether the market can find more cost-effective ways to enable capital to participate in the market remains to be seen, but this is one area that could add efficiency while allowing investors to participate more readily in its returns.

Beale and Nelson explain the strategy for the future, “The focus on attracting new business, growing existing business and doing so in the most efficient way possible – underpinned by strict underwriting discipline and prudential market oversight – is the right approach.”

There’s that word efficiency again, one that is becoming increasingly prevalent in reinsurance and that is only going to become more important, while both the capital markets and technology enhance the business model greatly.

For an incumbent market like Lloyd’s, keeping pace with the ongoing structural change will be vital in 2017.