Yesterday, Croatia was struck by a magnitude 6.4 earthquake that has destroyed many buildings and was the largest quake to strike the country since the introduction of modern seismic instrumentation. 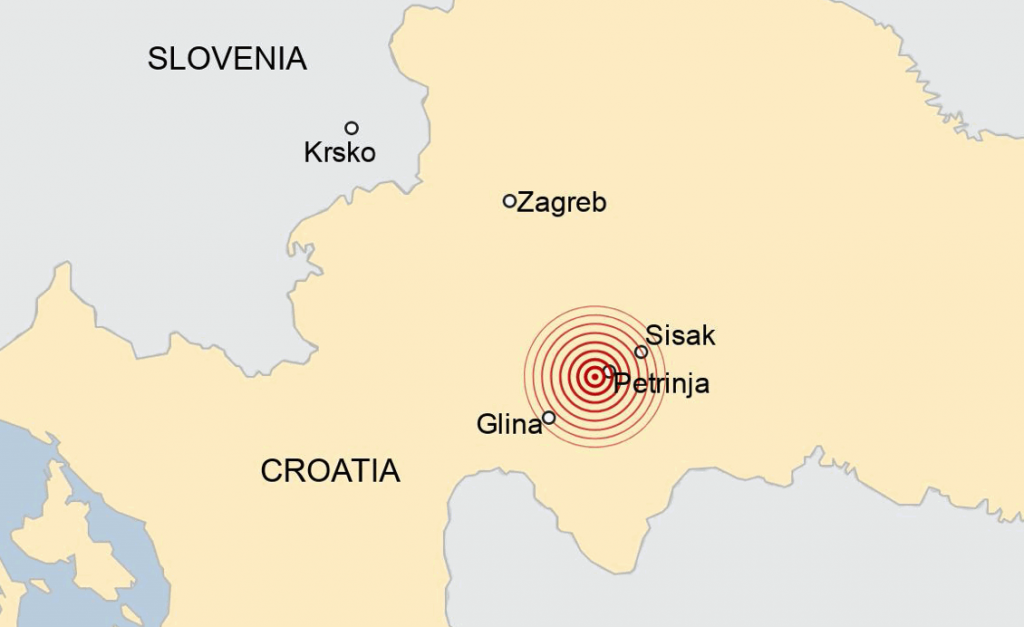 The M6.4 earthquake struck central Croatia at 11:19 GMT on Tuesday December 29th at a depth of 10km around 30 miles southeast of the capital city Zagreb.

The earthquake was widely felt in the region, with shaking experienced across the Balkans and property damage experienced in a wide number of towns and villages across central Croatia.

Regionally, the earthquake was felt as far away as Slovenia and Italy.

Seven people are known to have been killed by the quake, with that number thought likely to rise as the damage is assessed.

The town of Petrinja was particularly badly hit, with local officials saying that around half of the buildings in the town have been badly damaged or destroyed.

A magnitude 5.2 quake struck the same region on Monday as well and there are fears that more could hit the area.

Earlier this year, Croatia’s capital city Zagreb was affected by a magnitude 5.3 earthquake which became the largest to affect the region since 1880 at the time.

Yesterday’s quake now takes this position and in damage terms appears to have been more impactful.

However, insurance and reinsurance penetration rates remain relatively low in Croatia, while insured values are also lower than many other European countries.

March’s earthquake was estimated to have caused economic damages of roughly EUR 11.5 billion, with EUR 10.6 billion of this related to damage to physical assets.

Residential property damage was pegged at around EUR 6.9 billion from March’s earthquake in Croatia.

However, the low penetration rates of insurance and reinsurance cover meant that the overall insured loss was only seen to be in the low hundreds of millions of Euros.

Yesterday’s earthquake may cause similarly large economic damages to Croatia and the impact to lives and livelihoods will be significant.

But again, the impact to insurance and reinsurance markets will not be significant, compared to events of this magnitude occurring in countries with higher insurance values and penetration rates.