In light of a marketplace that had slowed its growth trajectory somewhat in recent years, Fitch has underlined the need for a sustained inflow of new sponsors to drive a more dynamic, growing catastrophe bond and insurance-linked securities (ILS) sector. 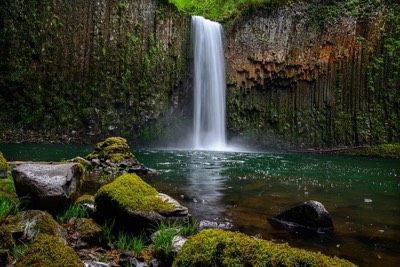 According to Fitch, a constant flow of new sponsors has not occurred with regularity in the catastrophe bond space.

That said, despite not seeing a flood of new sponsors, just a handful have been seen this year, catastrophe bond issuance is still on-track to break all records in 2020.

Alongside a high volume of scheduled maturities, investor retrenchment in collateralised reinsurance and elevated losses, Fitch believes that a lack of new sponsors has been a driver of stagnation in the catastrophe bond market in recent years.

The ratings agency explains that depending on the alternative reinsurance capital vehicle in question, it could be either too costly or time consuming to look to the cat bond space for protection, while a lack of knowledge or relationships is also a hindrance to potential new entrants.

“In addition, more seasoned, larger insurers, with expertise in pricing risk and structuring reinsurance programs are able to optimize cession costs by utilizing both traditional and non-traditional reinsurance,” says Fitch.

Adding, “These organizations are benefactors of the competition between the traditional and alternative reinsurers. Increased modeling capabilities allow these insurers to fine tune their reinsurance programs in response to available capacity and pricing.”

As an example of this, Fitch highlights the series of Everglades Re deals, sponsored by Florida Citizens Property Insurance. The company’s third and largest deal was issued in 2014, and at $1.5 billion, remains the largest cat bond transaction ever issued and is just the second time a deal size has exceeded $1 billion in size.

Since then, Florida Citizens has sponsored a further four Everglades Re transactions, but combined these issuances only amount to $960 million, so have never fully replaced the limit of the 2014 issuance which matured in 2017.

“While Citizens still utilizes the cat bond market for risk transfer, its overall reliance from this source of capital has not grown,” says Fitch.

It’s important to look at the details there though, as Citizens use of cat bonds shrank as a result of its shrinking portfolio. Now growing again, Citizens is expecting to nee more reinsurance capacity in years to come.

Furthermore, other large insurers such as Chubb and AIG have also looked to the traditional market for their reinsurance needs in recent years, having not issued cat bonds since 2015 and 2014, respectively.

“Similarly, each year brings significant amounts of maturities. The average cat bond has a three- or four-year risk period. Thus, there is a lot of running in place to re-fill those orders and depresses any growth,” notes Fitch.

Of course, while some large carriers have failed to return to the cat bond space for a number of years, the Artemis Deal Directory shows that others have returned after somewhat of a hiatus.

One of the most notable is reinsurance giant Swiss Re, who after being a prominent sponsor of annual issuance from the early 2000s and into the next decade, did not feature in the market through 2016, 2017, or 2018, and sponsored just one deal in 2019.

However, in 2020 alone, Swiss Re has sponsored four Matterhorn Re transactions with a combined value of almost $1.5bn.

Right now though, the conditions may be right for new sponsors to enter the cat bond market in greater numbers, as has been seen in recent weeks with Alphabet, the parent of Google, Brit, Allied World and Hamilton, all sponsoring their first full 144a cat bond deals.

Alongside returning sponsors such as Liberty Mutual, this increase in new sponsor activity in the cat bond market perhaps tells a story of relative value, versus a hardening reinsurance and retrocession market, which could attract more new sponsors in Q1 2021.