The United States Congress has been urged to consider making it more attractive to issue insurance-linked securities (ILS) onshore, as this would make it easier for public and private entities in the country to access the capital markets for risk transfer, Joanna Syroka of Fermat Capital Management has said in testimony. 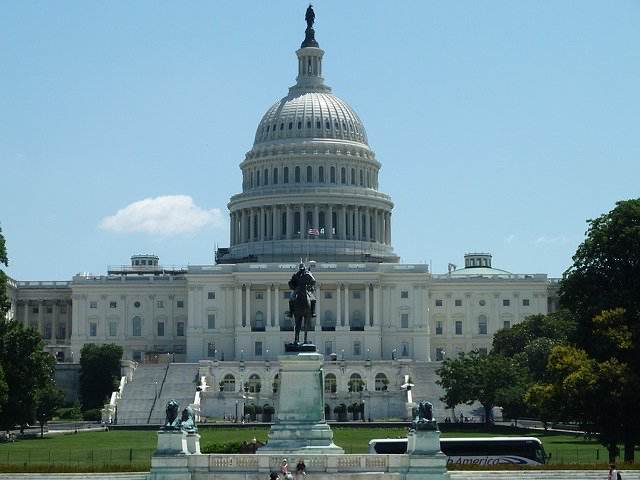 Speaking to the Select Committee on the Climate Crisis of the U.S. Congress earlier this month, Syroka explained that the generally offshore nature of the ILS market can make it challenging for certain types of sponsors to access the market and utilise instruments such as catastrophe bonds for insurance or reinsurance capacity.

She also explained that there are clear benefits for the United States Government were it to foster an onshore marketplace for insurance-linked securities (ILS).

Syroka explained the rationale behind the ILS market and the benefits cedants gain through the securitization of their risks and distribution to a global institutional investor base.

She also explained the key role that the ILS market is now playing in climate risk transfer and protecting society against natural catastrophes and severe weather.

“The ILS market – like the insurance and reinsurance markets it supports – is at the forefront of monitoring changes in weather extremes and their impact on economies,” Syroka explained.

Her testimony went on to explain how the ILS market reprices for changing climate risks and what this means for its role in the economy.

“As a leading manager in this space, we continually monitor events and check our models and benchmarks for any potential changes in extreme weather activity, seeking to detect and integrate emerging climate trends into our investment processes. This ongoing feedback loop is critical to the functioning of the ILS market, creating a “climate linker” market architecture within which ILS can be thought of as “climate- indexed floating rate” investments.

“In this way, investors and ILS issuers alike are provided with a forward-looking, market-based indication – or price – of the costs of weather risks and, consequently, climate change. The insurance and ILS markets are uniquely placed to provide this essential price discovery function to society,” Syroka told the Select Committee.

Having explained how ILS play an essential role in the United States, in provision of insurance and reinsurance capital as well as in disaster risk financing for entities such as FEMA’s flood program and the NY Metropolitan Transportation Authority, Syroka then explained that there is a challenge to broader adoption in the United States, particularly for entities that struggle with the offshore nature of the ILS market.

“Congress can take measures to help bring the ILS market onshore, which would make it more accessible to private and public entities who lack the resources or find it operationally difficult to do business offshore yet desire to tap the market,” Syroka explained.

With catastrophe bonds and other insurance-linked securities (ILS) all issued offshore at the moment, the federal taxation of the special purpose insurers (SPI’s) used makes it “prohibitively expensive to securitize catastrophe risks onshore.”

Syroka continued, “Allowing a so-called “pass-through tax status” for ILS SPIs would remove this impediment and enable ILS to be issued onshore. If implemented correctly, such pass-through legislation would result in a pure gain in revenue to the federal government.”

As a result, it would be far simpler and more readily possible for municipalities, states and other public entities to access the capital markets for disaster insurance and reinsurance capacity using insurance-linked securities (ILS), Syroka’s testimony explained, enabling them to “create programs to manage that risk with an efficient, pre-event approach.”

With clear benefits for the U.S. economy as well, Syroka said, “Moreover, such a step would also create jobs in the U.S. with valuable know-how in a new and expanding area of financial resilience, and generate opportunities in data, science and cutting-edge technologies in disaster risk mitigation as on-the-ground programs are created.”

Clearly, the ability to issue ILS such as catastrophe bonds from within the United States, with a level playing field as far as tax goes, would be extremely positive for the continued development of the ILS market.

It would attract new sponsors, including public entities, but also new investors as well, for who investing into structures in offshore domiciles is not always possible.

It could also, in time, make it simpler and more tax effective for ILS funds themselves to be domiciled in the U.S.

As we’ve said before, with the growth of the ILS market and its popularity as a source of reinsurance capital, it seems prudent that any country with a sophisticated financial and securitization regime, should enable the transfer of risk through ILS like structures to occur on its shores.

The prospect might be a little concerning for some, but longer-term onshore ILS issuance from a country the size of the United States can only be a good thing for the development of this global insurance-linked securities (ILS) market, as it could help it significantly increase its size.