Collateralized reinsurance structures and markets worked exactly as designed and advertised, which gives United Insurance Holdings (UPC Insurance) the confidence to execute on its strategy, according to CEO John Forney. 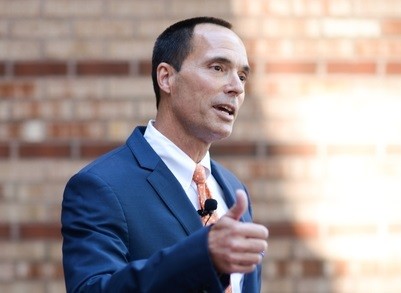 United (UPC) is a major user of collateralized reinsurance capacity, from insurance-linked securities (ILS) funds as well as from catastrophe bond investors.

The expansive insurer, which began as a Florida property only specialist but has been expanding more broadly nationwide in the United States, has grown its use of alternative capital along with its expansion and as a result the ILS market is a key partner for the company now.

United (UPC) reported its fourth quarter and full-year 2018 results this week, showing that elevated catastrophe losses drove the insurer to a loss for the year, as our sister publication Reinsurance News reported.

But behind the losses, the insurer benefited greatly from its reinsurance protection and the collateralized portion of its program performed as desired.

United (UPC) has been increasing its use of reinsurance steadily, aligned with its expansion and diversification into new regions, resulting in an increasing use of capacity from the ILS market to support its business growth and to moderate the volatility inherent in a catastrophe exposed book of property insurance business.

During the United (UPC) Insurance earnings call this week and also at our recent New York ILS conference, ILS NYC 2019 where he was a speaker, CEO John Forney explained that the collateralized reinsurance that his company uses performed as expected and managers responded admirably in the face of a challenging loss environment brought on by hurricane Irma.

He said that the issues faced in collateralized markets related to trapped capital and collateral following the catastrophe losses hasn’t impacted his company at all, either in making its claims or in renewing parts of its reinsurance program this January.

He said that his insurer has been able to claw back collateral after release in a number of cases, explaining, “There are buffer tables that allow collateral release after certain periods of time. If losses developed up into those areas where collateral was released, the reinsurers are obligated to post new collateral and we clawed back.

“That’s worked multiple times on Irma and flawlessly within a matter of days. So we don’t have any concerns about collateralized reinsurance or how it works.”

Forney continued, ” The partners that we deal with have access to a lot of capital, so they are not strapped for cash. They have capital to support their past obligations and their future obligations and so we haven’t seen any signs of distress from our reinsurance partners on the collateralized side.”

Forney was a speaker at our recent New York ILS conference and discussed the importance of his firms relationships with ILS markets and collateralized providers of reinsurance capital.

He said that there has been a steady shift towards collateralized products at United (UPC), as it found the motivations more aligned with his insurers business model.

“We buy over $4 billion dollars of reinsurance. ILS has been at the very core of our reinsurance strategy. When I got to UPC it comprised less than 5% of our total limit, today it’s over 80%.

“We’re very grateful to all of our ILS partners who have supported us along the way,” he explained.

“ILS has helped us be more confident in our business plan,” he added, saying that “We were ambivalent as to where the capital came from, but ILS providers were much more willing to embrace our model.

“ILS really helped us build a reinsurance tower that gave us confidence, that we could execute our diversification and growth strategy knowing that we had a massive tower of reinsurance behind it. It definitely has been helpful.”

Growing the percentage of its reinsurance tower that hails from the ILS market to 80% is significant and United (UPC) is perhaps the most capital markets reinsured insurer around as a result. It’s hard to think of any insurer that utilises more than 80% collateralized protection in its reinsurance tower.

One of the reasons for going all-in on the collateralized and ILS market is the transparency and the way ILS players think about the risk, which seems to resonate with Forney and his company.

He explained at our conference, “The transparency of the ILS market is something we love. We built proprietary models that help us to price reinsurance for each risk before we bind it. So we know how our ILS partners think and price the risk, we need to know that when we’re putting a rating onto each home we’re insuring. Having that transparency and flexibility really helped us.”

The other reason is the collateralized nature of the coverage, knowing therefore that reinsurance funding is always held in trust and when a recovery is valid the capital can be quickly distributed to the insurer to support its clients claims needs.

“We’ve always told our equity investors that one reason we like our reinsurance program is that the collateral is held in a trust,” Forney said.

Adding that, “Irma was the ultimate test of the ILS collateralized model and a failure in that model to perform would have been detrimental to the industry.

“We like everyone else have seen a lot of development with Irma. We had released collateral with a bunch of our partners and that’s when we had to call them and say we’re sorry but these losses have continued to develop, we need that money back.

“Every single time, within four days we had the money back and we were able to pay losses.”

In the insurers recent earnings call Forney also revealed that United (UPC)’s gross loss from hurricane Irma has continued to rise, now sitting at $900 million. However, encouragingly for the markets backing the insurers reinsurance program, he also said that so far the insurer has not seen any evidence of the same kind of loss creep emerging after hurricane Michael.

Summing up at the conference Forney said, “To me our reinsurance partners in the ILS world have performed brilliantly, in the face of really what were very unexpected occurrences.”

He explained that multiple times he and his team has got on the phone with ILS partners to speak directly with their investors to help explain the impact of losses from the hurricanes, Irma in particular.

“It’s all about communication, transparency and it’s gone really well,” he closed.