The traditional reinsurance market and alternative market, or insurance-linked securities (ILS), are far more aligned on price this year, with a difficult renewal season ahead, where capacity is expected to be an issue, according to Munich Re senior executive Torsten Jeworrek. 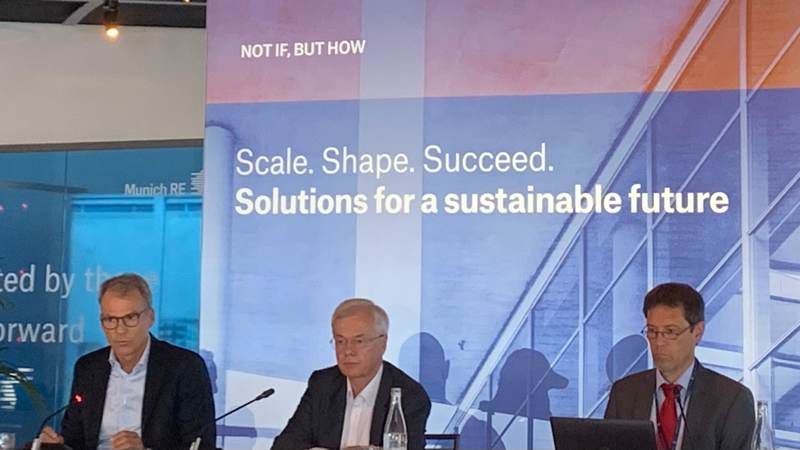 Speaking today during a Munich Re briefing held in Monte Carlo at the 2022 Rendez-vous event, Jeworrek noted that global reinsurance capacity is down, while pressures persist, in terms of inflation and other factors.

He expects that capacity could be an issue, but said Munich Re is well-placed to serve its investor demands and deploy more if needed and terms are right.

“That means there is a gap between the two,” he continued.

Adding that, “With this, together with a higher uncertainty from inflation, brings us to the clear conclusion that capacity will be an issue, will be a concern, in the coming renewal.”

The demand-side is not expected to slow though and Munich Re believes demand is rising, as other reinsurers and brokers do too.

“There will be a demand for capacity and you saw it already that some reinsurers announced a practice either to stop writing certain lines, or at least didn’t increase the lines any more, particularly the cat capacity,” Jeworrek said.

“We have the financial ability and also the ambition and will, to remain our capacity unchanged. So we have no ambition to shrink it and will not announce it,” Jeworrek stated.

“We will see a very big demand for capacity and our policy is absolutely clear, we have to be disciplined. Our premium volume most likely will grow of course and of course because of inflation this is almost unavoidable that our premium volumes will grow in the coming renewal. But pricing wise, we have to remain absolutely disciplined and only sell capacity were really prudent assumptions in inflation and loss expectations can be translated into business terms.”

Moving on to discuss alternative capital and insurance-linked securities (ILS), Jeworrek said that that side of the market has been relatively stable.

“What we see here, after very large number of turmoils and let’s say restructurings, our best expectation is the capital markets in the cat business this capacity will remain stable, but not increase,” he said.

However, he noted that pricing ambitions in the traditional reinsurance market and ILS market are increasingly aligned, as both sides deal with uncertainty and volatility from recent experience.

“There’s a much closer alignment and view now, how is the risk, particularly the cat risk has to be assessed,” Jeworrek explained.

He also discussed inflation, saying this would be a significant factor at the end of year reinsurance renewals.

Adding, “The next renewal is much, much more challenging than the last years, where we had a much more economic stable environment.”

On targets for industry growth, Jeworrek stressed, “If our industry wants to achieve this, we have to find the right pricing for the inflation.”

Looking ahead, Jeworrek closed on the renewals, “We will see a very big demand for capacity,” but added that discipline will be key.