Despite climate change “undeniably” influencing the frequency and severity of some natural catastrophes, any immediate impact on the insurance-linked securities (ILS) market will be limited, according to analysts at Schroders. 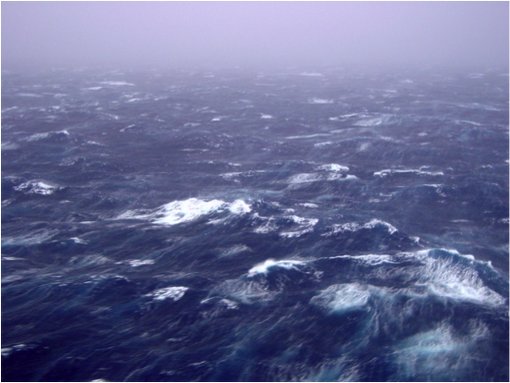 ILS instruments, which include catastrophe bonds, collateralized reinsurance, sidecars and other alternative risk transfer solutions, typically have their performance linked to the frequency and severity of natural catastrophe events, something that over the longer-term could be impacted by a changing climate.

However, analysts at Schroders have argued that due to various factors, including the short-term nature of ILS and reinsurance transactions, climate change’s “impact on insurance-linked instruments is more limited than one would expect at first glance.”

The disparity between the short-duration ILS vehicles and apparent long-term effects of climate change, which includes global temperatures increasing and rising sea levels, is a key reason analysts at Schroders feel that in the near to medium term climate change is unlikely to impact ILS markets.

“Over such periods, climate change should not have a discernible influence on the risk level of an insurance-linked security as modelled at the inception of the instrument. There is little need to take into account the long-term climate change effects on the frequency or severity of extreme events for instruments that expire before these effects may impact them,” advise Schroders.

The view of the analysts echoes that of a report conducted by Karen Clark of Karen Clark & Company, and John Lummis, currently the President of Soncy Corp., which noted that climate change would pose no immediate threat to ILS markets.

How exactly climate change has or will impact the frequency and severity of certain weather-related catastrophe events is a long-running debate that sparks a flurry of differing opinions.

Analysts at Schroders highlight the overall uncertainty surrounding the potential impact of climate change on ILS, and in particular the resulting impact of the global warming phenomenon.

So clearly uncertainty exists surrounding the science, the expected weather and climate impacts, meaning that any prediction on the impact climate change could have on the ILS, cat bond, insurance and reinsurance industry shouldn’t be taken as conclusive.

While it’s difficult to establish exactly how and if climate change can impact the ILS industry, looking to the long-term, analysts at Schroders note that it “may lead to higher re/insurance demand. Both in regions which are already exposed and in new geographical areas.”

Global insured losses from natural catastrophe events is one area of the risk transfer landscape that has increased over time, and this is without the help of climate change.

International asset values are constantly on the rise and so to is migration and urbanisation to coastal areas that are susceptible to severe water stress from flooding, tsunamis and storm surge.

“There are simply more people with insurance living in areas prone to natural disasters such as coastal areas or cities close to earthquake fault lines,” notes Schroders.

Combine the change in demographic with other more near-term climate patterns, such as El Niño, the North-Atlantic Oscillation (NAO) and the Atlantic Multidecadal Oscillation (AMO), and here lays the influences that could impact ILS markets during their tenure, notes the report.

So while there appears to be no short-term negative impact on the ILS markets from climate change, in the long-term, the possibility of an increased demand for insurance and reinsurance caused by global warming and rising sea levels, signals an opportunity for the ILS sector to innovate and provide additional capacity.

In fact, a recent study by the Economist’s Intelligence Unit claimed that climate change is a trillion dollar threat to the asset management and investor landscape, highlighting the important role reinsurance and ILS can play in protecting global assets.

The ILS and catastrophe bond market has witnessed strong growth in recent times, with cat bond issuance again surpassing the $6 billion mark during 2015 so far, according to data from the Artemis Deal Directory.

And, as the market has matured and developed so to have the investor base and catastrophe modelling capabilities, again underlining the unlikelihood of climate change having any immediate impact on the asset class, as the phenomenon “will not have an effect that cannot be foreseen and priced in at inception.”

However any increase in frequency or severity of losses, due to a changing climate or warming globe and sea surface temperatures, would long-term have an impact on ILS and other reinsurance products. Perhaps making losses more frequent, or larger, but as this would be a steady rise the change in risk profile should be factored into the pricing of weather and catastrophe risk transfer at issuance time.

Shorter to medium-term weather patterns as mentioned above, coupled with rising asset values, an expanding global population and migration to areas vulnerable to natural disasters, poses a greater immediate threat to ILS than climate change itself, concludes the report.

And while it’s possible that climate change could lead to a rise in the severity and frequency of natural disasters in the long run, modelling capabilities and the typically short duration of ILS transactions means the typical ILS deal won’t feel any negative impact.

“Individual insurance-linked instruments will only be marginally impacted by climate change,” Schroders explains, adding that the market will change as a result of climate change, but it is not anything for investors to lose sleep over at this time.

Furthermore, should climate change lead to a rise in demand for insurance and reinsurance in the future, Schroders notes; “This could result in a broader and deeper ILS market due to new investible risks becoming available.”