The worsening outbreak of a novel coronavirus in China has brought the World Bank’s pandemic catastrophe bond transaction back into focus and it turns out that China was seen as the most probable source of a coronavirus outbreak that could trigger the IBRD CAR 111-112 notes. 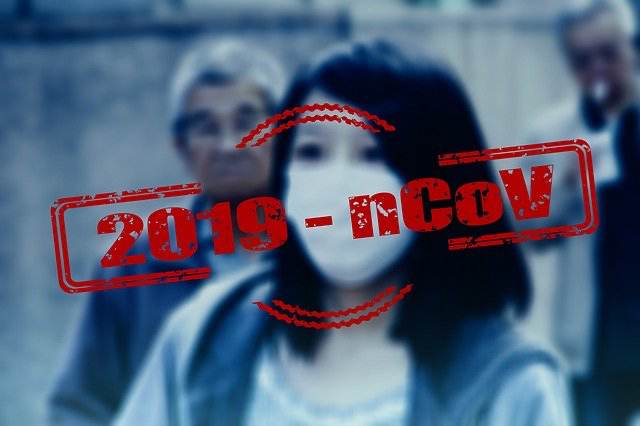 The coronavirus outbreak that began in the city of Wuhan in Hubei province China has been spreading rapidly, with confirmed cases of infection now reported to have reached more than 4,515 in China as of January 27th (based on Chinese government figures) and a number of countries abroad where cases have been found.

The death toll from the China coronavirus outbreak, which began in late December it is believed, is now seen to have reached 106, all of which have been recorded in China.

At least 16 countries around the world have reported cases of the novel coronavirus (2019-nCoV), all of which appear able to be traced back to Wuhan and the surrounding region in China.

The total number of cases globally is estimated as around 4,635, according to Chinese media.

Data from the World Health Organisation (WHO) is use as the primary reporting agency source for the World Bank’s pandemic catastrophe bond.

As of January 27th, the latest situation report from the WHO reported 2,798 confirmed cases around the globe, 37 of which were outside of China in 11 other countries. In total the WHO only confirmed 80 deaths as of yesterday.

All of these figures are likely to rise to catch up with the data coming out of China today, as cases and deaths are confirmed by WHO officials.

Areas of China are practically under lock down as the government tries to quell the spread of infection, with the Chinese New Year holiday extended and people urged not to travel, or return to work and school.

This coronavirus outbreak has the potential to become an eligible event under the terms of the World Bank’s pandemic catastrophe bond, should the outbreak meet certain pre-defined criteria.

Together these instruments provide the necessary reinsurance capital to back the facility alongside its so-called Cash Window (largely donor funds).

For an outbreak of a pandemic to qualify and become an eligible event under the terms of the World Bank’s pandemic catastrophe bond, it needs to meet a certain level of severity related criteria, in terms of duration of the outbreak, the number of confirmed deaths reported, its spread geographically and also a growth rate factor in terms of how quickly the outbreak is spreading.

Interestingly, we’ve learned that an outbreak that begins in China was modelled as the highest probability scenario and outbreak location for coronavirus in the development of the World Bank’s pandemic catastrophe bond.

Given the density of population in China and the fact one of the most recent and highly publicised coronavirus outbreaks was the SARS outbreak of 2002/2003 which began in the country, it’s not surprising that it modelled out as the highest probability starting point for a new coronavirus outbreak.

Both tranches of notes are exposed to a coronavirus outbreak, but under different terms.

The Class A notes would require the current Chinese coronavirus outbreak to cause more than 2,500 deaths, with at least 250 cases being confirmed on a rolling basis, as well as more than 20 deaths being seen in at least one country overseas, for a 16.67% loss of principal to this tranche to occur.

The Class B notes are the more likely to face triggering under a qualifying event outbreak, as only more than 250 confirmed deaths are required alongside the other factors for a payout to be due.

The trigger criteria for the Class B notes is more complicated though, as different payout rates are applicable depending on how many countries outside of the originating country see more than 20 confirmed deaths each.

For example, more than 250 confirmed deaths and a regional spread meaning between 1 and 8 other countries experience 20 deaths each could cause a 37.5% reduction in principal. A higher percentage payout of 43.75% of principal would be due if the outbreak was seen to cause deaths in more than 8 other countries.

There are higher trigger points for the Class B notes for more than 750 and 2,500 confirmed deaths, again with percentage payouts dependent on whether the event is classed as regional (less than 8 international countries with over 20 deaths each), or global (more than 8).

While the number of cases and deaths from the ongoing China coronavirus outbreak is rising rapidly, so far there haven’t been any deaths reported abroad.

For comparison, the 2002/2003 outbreak of the SARS coronavirus that started in China eventually resulted in 775 confirmed deaths, with five countries experiencing more than 20, China with 349, Hong Kong with 299, Canada with 44, Taiwan with 37 and Singapore with 33.

Under the modelling for the World Bank’s pandemic catastrophe bond that SARS outbreak could have resulted in the lowest level 37.5% payout of principal for the $95 million of Class B notes.

There is a long way to go before the current coronavirus outbreak could trigger the pandemic cat bond coverage, but it is not out of the question and our sources suggest that there is a good chance the two tranches of notes see their secondary market pricing marked down in the coming days.

Cat bond positions tend to be marked on a Friday and there had been no changes last week. But with the outbreak having clearly spread and more data now available on the infection rate and other important factors, it is possible that brokers choose to mark the notes down a little at the end of this week.

There are a lot of factors at play in the trigger definition for the pandemic cat bond, as it is designed to provide coverage for regional and global pandemic events that could threaten the developing countries protected under the World Bank’s Pandemic Emergency Financing Facility (PEF).

So the outbreak’s severity will need to increase, with the global spread increasing and deaths being seen in countries outside of China before any specific threat is posed to these cat bond notes.

We’ll update you as and when necessary should the threat to this IBRD CAR 111-112 catastrophe bond from the coronavirus outbreak in China become more acute.