Catastrophe losses still 17% above average after quieter May: Jefferies

Global insurance and reinsurance market losses caused by natural catastrophes and severe weather events are still running some 17% above the average for this time of the year, even after a much quieter month in May 2021.

Analysts from investment bank Jefferies estimate that global insured catastrophe losses in May 2021 were 54% below the long-term average.

US severe weather losses (estimated at $2.2bn) were the primary driver of insured losses during May, but even that was well below the average for the month. 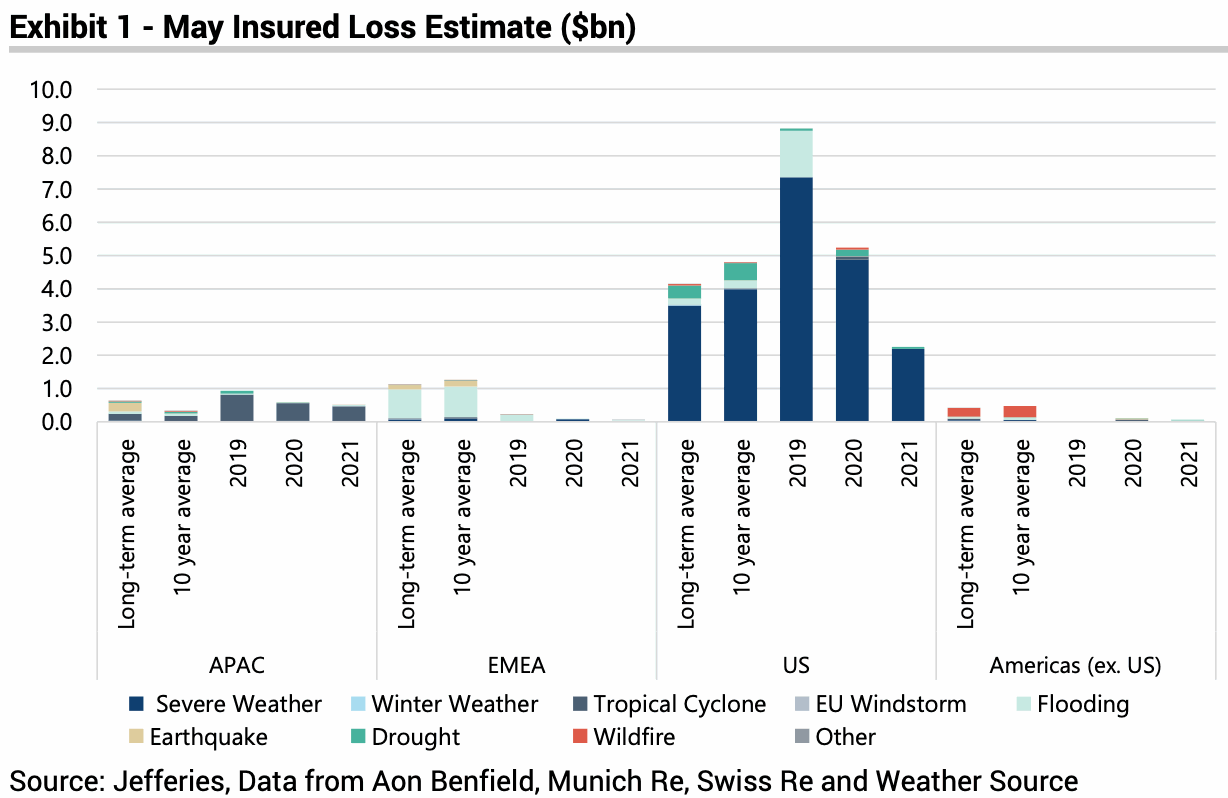 “Though the industry did face several costly events in May, we estimate these losses to be less than the equivalent perils in May 2019 and 2020, thereby reducing the YTD excess of claims in 2021 over the average. As such, after a difficult first quarter, the second quarter has so far seen two consecutive months of below average losses.

“In our view, a more benign 2Q than 1Q is necessary given that early indications for the windstorm season suggest this will be a difficult year for Atlantic hurricanes,” Jefferies analyst team commented.

Catastrophe losses are now running just 9% above the near-term average of the last decade, which is a much better result for insurance and reinsurance players. 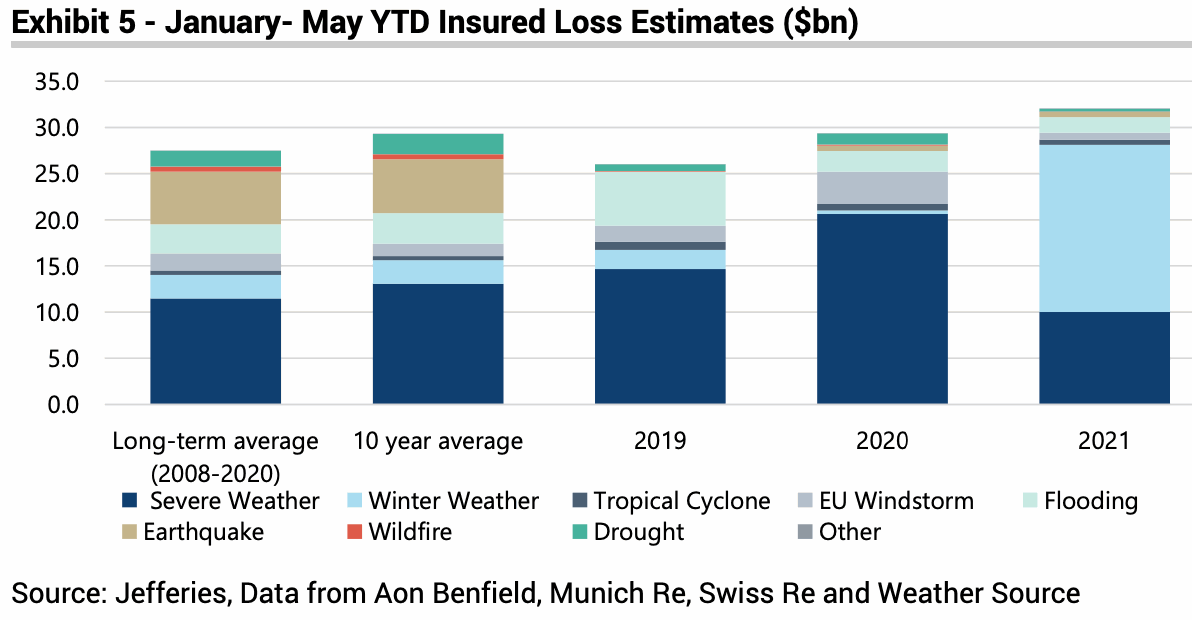 The last two months of more benign weather and a less impactful than feared US convective storm season are helping to bring insurers into the hurricane season on a little better footing than feared a few months back.

However, given the burden from the US winter weather losses, US exposed insurance and reinsurance players, as well as some ILS funds, may still be running further ahead, in terms of catastrophe losses, than some more globally diversified competitors.