The value of an investment in a reference market index of catastrophe bonds has now recovered all of the decline caused by 2017’s hurricanes and catastrophes, while at the same time rates-on-line have stabilised somewhat following a drop earlier this year, according to Lane Financial.

In the latest ILS and catastrophe bond market report from consultancy Lane Financial, the firm shows that cat bond investments have largely recovered from the decline experienced due to the 2017 major catastrophe losses.

The firm tracks the current value of a $100 investment in an index of the catastrophe bond market with its data beginning in 2002. 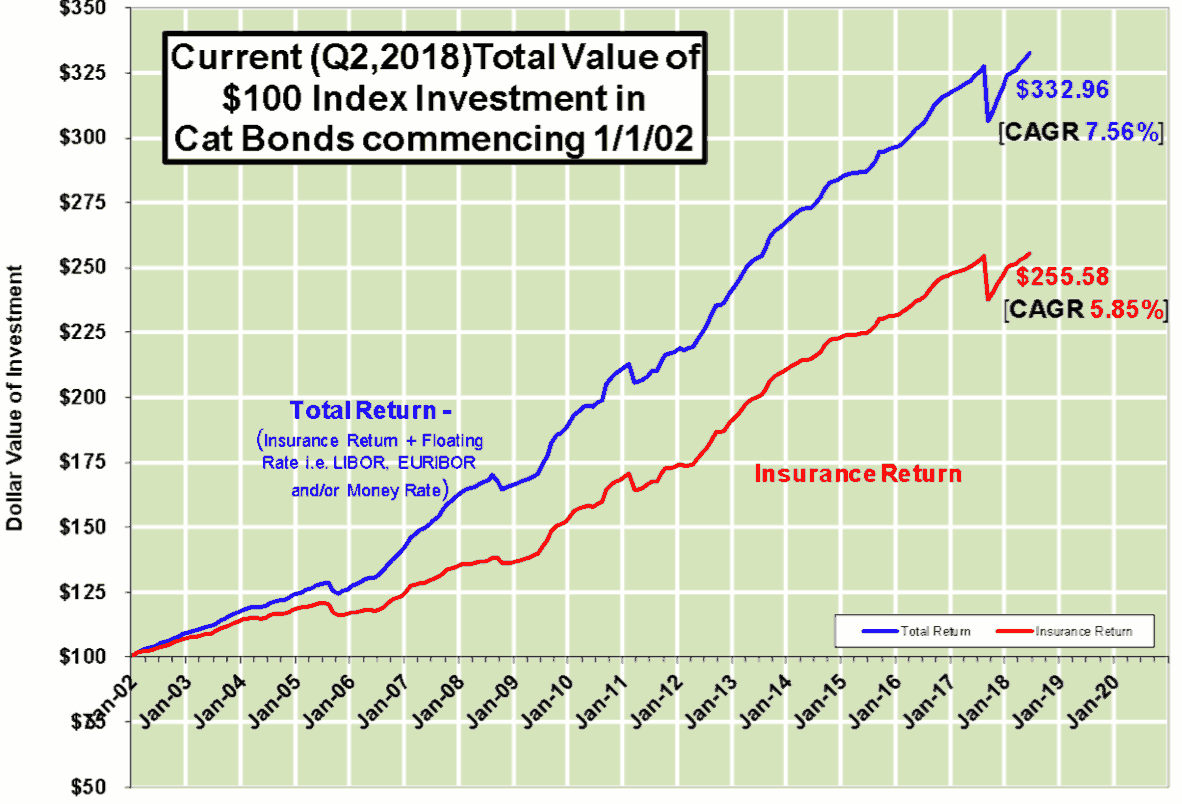 At the bottom of the dip following the catastrophe events, this index investment had a total return value of $306.46, but the strong recovery in cat bond investment values as well as ongoing total return contribution sees the value now 8.6% higher at $332.96.

Of course this is a market-weighted index of cat bonds, so unlike most real ILS portfolios which feature some asset selection. But the recovery does reflect how values bounced back as losses to the reinsurance market became clearer and better understood.

It also reflects the reason appetites for investing in cat bonds and other ILS have not diminished, which was evidenced by issuance activity levels in our latest cat bond market report, as the returns on offer remain compelling as a diversifying asset addition to a broader investment portfolio.

Another interesting data point from Lane Financial’s new report is the levelling off of ILS and catastrophe bond rates-on-line, following on from a dip earlier this year.

The Lane Financial LLC synthetic insurance-linked securities (ILS) rate-on-line index had risen in the aftermath of the hurricanes and catastrophes of 2017, indicating a hardening of ILS market premiums.

But the synthetic ILS and cat bond rate-on-line index then fell in the first-quarter, as losses became clearer and the ILS market reacted to inflows of capacity to offer lower rates.

There had been some indications that this was likely to have continued in Q2, as the bumper cat bond issuance along with ample ILS fund capital could have driven rates or premiums down again towards the lows seen earlier last year.

But this hasn’t happened and ILS rates-on-line have stabilised for now, with the index actually making a very small rise in the last quarter, as shown below. 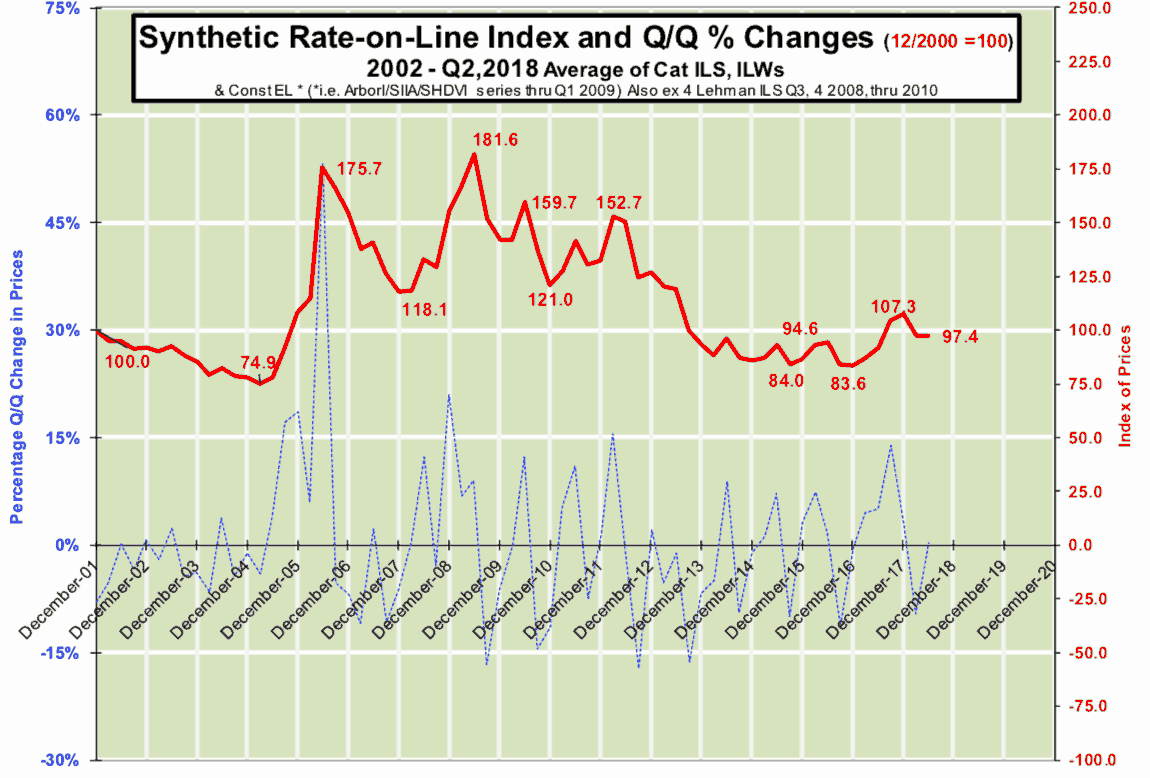 The recovery of the value of investments in catastrophe bonds and the flattening of the ILS market premiums are both tied to the way the market has dealt with its losses, reloaded its capital and continued to offer efficient reinsurance coverage to ceding companies, while capitalising on any available increase in rates.

It shows that ILS remains a compelling investment after the catastrophes and that ILS remains an efficient and cost-effective form of reinsurance coverage, as demonstrated by the issuance levels and new outstanding market size record.

It also shows a market in rude health and one primed for continued expansion, we’d suggest.