The cat bond market must continue to offer sponsors and investors new structures and risks in a bid to remain relevant and competitive, thinks Cory Anger, Global Head of ILS Structuring, GC Securities. 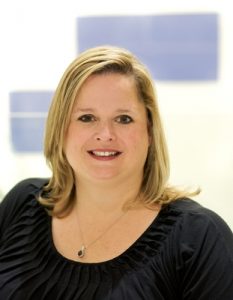 Speaking to Artemis during the Rendez-Vous de Septembre in Monte Carlo she acknowledged the market was somewhat stagnant, with 144A public cat bonds in the “slightly less favoured bucket” while the private cat bond, collateralised re and sidecar/collateralised quota share spaces continue to grow.

She notes that recent growth in the private cat bond space includes issuers that were previously issuers of 144A cat bonds or previous users of collateralised reinsurance, insisting that “we shouldn’t take everything into the truly private realm because then we’re no different from the traditional market and the pricing and activity transparency that the 144A bond market provides is valuable information.”

“144A cat bonds are down some, private cat bonds are up some and then we’re definitely up on sidecar collateralised quota shares as well as capital that’s willing to support MGA companies,” she continues. “So it’s stable overall but as folks are trying to figure out how to position the money we’re not seeing as rapid growth as we did in recent prior years.”

Faced with such a climate the sector will need to continue to innovate and find investors willing to support those innovations. From a structuring perspective, there is growing flexibility with multiyear cat bonds and use of the variable reset mechanism.

While the majority of issuances continue to be focused on US peak perils, “there is room for multi-line ERM type covers,” says Anger. “Multiple lines of risk can find a home in the capital markets… others segments – workers comp cat, even incorporating some amount of terrorism, or mortality cat.”

Whether ILS investors are hungry for more esoteric risks remains to be seen. Credit Suisse’s CHF220m ($223m) Operational Re catastrophe bond, issued in May, has captured sponsors’ imaginations. Zurich acted as fronting reinsurer in the transaction, which transferred the bank’s extreme operational risk losses, including cyber attack and rogue trading. Anger reveals GC Securities has received a lot of interest since it came to market.

“We’ve had lots of questions about that – even from banks and jurisdictions that I would never have thought would have explored something like that. [Operational Re] was structured very specifically to meet regulatory capital needs of the cedent.”

“I would say it was a mixed success in that they were able to obtain some capacity and it was smart to align themselves with an insurer who can evaluate and process the claims with expertise in how to adjudicate them, although they only got about a third of the capacity they wanted,” she continues. “There is additional interest in that type of structure but I don’t necessarily see significant follow-up to that.”

There are also opportunities in the corporate space. In October last year, GC Securities placed a $275m PennUnion Re cat bond on behalf of the National Railroad Passenger Corp (Amtrak). The railroad service sustained over $1 billion in losses during Superstorm Sandy in 2012 but was unable to recoup losses in full from its insurers.

“One reason why there have been transactions for [corporates] have been because in some instances traditional claims handling processes were complicated, slow and ended in litigation/arbitration, so it makes sense for them to consider the parametric realm,” thinks Anger.

Governments and public sectors entities are another untapped source of potential growth for the ILS market. Cat bonds potentially have an important role to play in de-risking such entities.

“I definitely think there’s more that could be done, particularly on the sovereign level,” she says. “There’s a number of sovereigns that are exposed to substantial emergency and/or catastrophe related losses that negatively affect sovereign debt levels and available cashflows and we’re trying to support efforts in concert with groups like the World Bank. There’s tremendous growth opportunity in that sector.”