Opportunities to invest in catastrophe bonds are being drip-fed or staggered into the market to a degree, with efforts to prevent available capital becoming overwhelmed or drying up seemingly evident in both the secondary trading and primary issuance markets for cat bonds. 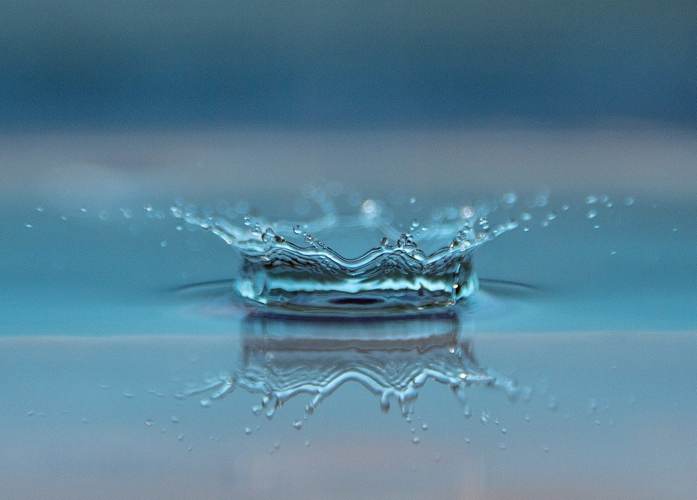 The catastrophe bond market has just been through its biggest first-quarter in the history of the market, as we documented in our latest quarterly cat bond and related insurance-linked securities (ILS) market report.

But even before the record Q1 had ended, the effects of the Covid-19 coronavirus pandemic were spreading around the globe and capital markets were responding, with the reinsurance linked assets of the cat bond market coming under attention as a source of immediate liquidity for more generalist investors around the globe.

What followed was one of the briskest periods of secondary market cat bond trading ever, with some significant lists of bonds offered and sold in March.

That liquidity slowed before the end of the month, but the availability of often below-par priced cat bond names meant that specialist ILS investors and ILS funds had deployed a lot of available capital just in advance of a key reinsurance renewal of April 1st.

It then became evident in the first-half of April that a gulf had formed between sellers and buyers of catastrophe bonds, as secondary market bid lists continued to fail to be fully traded even at below-par marks.

Another week on and the significant sized bid lists have all but disappeared, but we’re told that they’ve been broken down instead, with one broker desk offering groups of bonds in $5 million chunks in recent days, but still not all of these are getting traded, according to our sources.

As appetite for large bid lists dried up it seems broker desks have changed strategy to offer them in smaller chunks. But still the gulf between sellers price targets and buyers ambitions persists it seems, as the sides aren’t coming together making the secondary market seem a little inefficient right now.

There’s a need to manage the available capital in the catastrophe bond market though, as we’re in the midst of a time of great stress for capital market investors and this has had a knock-on effect on the ILS funds ability to raise fresh capital at this time.

As a result it seems brokers are doing their best to meet sellers needs, of offering out lists of cat bonds they’d like to cash in. While also trying to manage the availability of capital to support cat bonds both in the secondary and primary issuance markets.

The last thing broker dealers want is to soak up so much capital right now with cheap secondary offers in bulk that it becomes harder for cat bond funds and ILS investors to support primary issuance needs over the coming weeks in the run-up to the mid-year reinsurance renewals.

Of course there are significant maturities coming due this quarter as well which will help, in terms of capital availability for the cat bond market, but it can take a little time for capital to be available to reinvest and the ILS fund managers also have collateralised reinsurance and retrocession opportunities to consider at this time of year.

As a result, the cat bond market’s capacity appears to be being managed to a degree, which given the market has yet to adopt a truly liquid electronic trading platform for secondary cat bonds and an electronic platform for primary issuance book-building, means this has to be done through various manual means.

As a result, it’s no surprise that brokers are splitting up secondary bid lists to offer them in smaller, more digestible chunks and are not flooding the market with new cat bond issuance all at the same time.

There are currently four new catastrophe bond issues in the market.

The first of these, SCOR’s latest Atlas Capital deal, has already successfully been priced, but at some cost as the pricing moved up 16% from an initial guidance mid-point of 7.125% to settle offering investors an annual coupon of 8.25%.

The Atlas Capital deal has soaked up another $200 million of cat bond fund and ILS investor appetite and the other three new cat bonds should see at least another $350 million absorbed.

There could have been much more by this stage of the quarter, but sources told us some issuance has now been delayed by a few weeks and brokers are trying not to bring too much to investors all in one go.

Remember, just a few weeks ago SCOR’s Atlas cat bond was pulled and the market was awash with uncertainty about when any new deals would get done.

So the ability of the cat bond market to bounce back so quickly and begin supporting cedent’s reinsurance needs with new issuance is truly impressive.

With a significant amount of maturities due in the second-quarter of the year, $5.5 billion for the full quarter as our latest cat bond market report explained, there should be sufficient capital coming available to meet the needs of most issuers.

But the selling activity in March does mean some funds are in a different position right now, in terms of available capital, compared to where they thought they might be at this point of the year.

As we explained back in March, the significant cat bond sell off and resulting below-par bond buying spree had the potential to affect primary market issuance, as ILS fund capacity may not have been in the position it would usually at this stage of the calendar year. That now seems evident.

The effects of that will take a while to wear off, making it important that the market isn’t flooded with new transaction and issues, especially as ILS funds have the reinsurance renewals and improving rate environment to also contend with.

The fact broken down bid lists are still failing to trade (and secondary market activity has slowed a lot in the last week or so) does suggest sponsors are going to have to accept the need to pay higher yields for new catastrophe bonds, as evidenced by SCOR’s Atlas deal again.

The gap between seller and buyer persists and would also manifest in the primary market, so sponsors would be advised to be realistic in their multiples and the guidance their cat bonds are first offered with to ensure garnering sufficient investor support.

After all, they could end up paying even more for the same protection in the traditional reinsurance or retro market, if they wait until nearer the June and July renewals to secure their coverage.

The desire of all sides of the market is to get as much transactional volume done and to re-use as much of the capital from maturing cat bonds as possible, a desire held equally on all sides.

As a result, it is important to manage available capital in the market in this way, ensuring investors and ILS funds aren’t overwhelmed.

But it also reflects motives in the market, in the same way as the unexpected movement of a cat bond mark that occurs when seasonality shouldn’t be a factor and there hasn’t been a single trade in the position.

Which of course also underscores the need for an eventual shift to truly liquid trading platforms for cat bonds, to enhance transparency and price accuracy, both on the secondary and primary ends of the marketplace.