An increase in use of PERILS industry loss triggers in industry-loss warranty (ILW) transactions focused on European windstorm risk, plus the buoyant catastrophe bond market, have helped to drive PERILS-based limits at risk up 11% to US $3.2 billion, as of the end of August.

PERILS AG, the Zurich-headquartered provide of catastrophe industry loss data and indices for use in reinsurance and insurance-linked securities (ILS) risk transfer transactions, has provided an update on the use of its data within risk transfer triggers.

Overall, PERILS data has been used in the placement of some US $20.2 billion of limit in reinsurance and retrocession transactions, largely capital markets backed, since 2010.

A particular driver of expansion for PERILS-based limits at-risk has been growth in European Windstorm limits at risk, which is primarily due to more ILW transactions and now represents 24% of total Europe limits at risk, up from 20%, PERILS explained.

New catastrophe bonds has also been a driver, with PERILS industry loss triggers featuring in a number of deals through this year so far.

86% of these transactions use a structured industry loss trigger, largely weighted on factors related to geography or line of business covered, which is seen as a way to reduce basis risk. 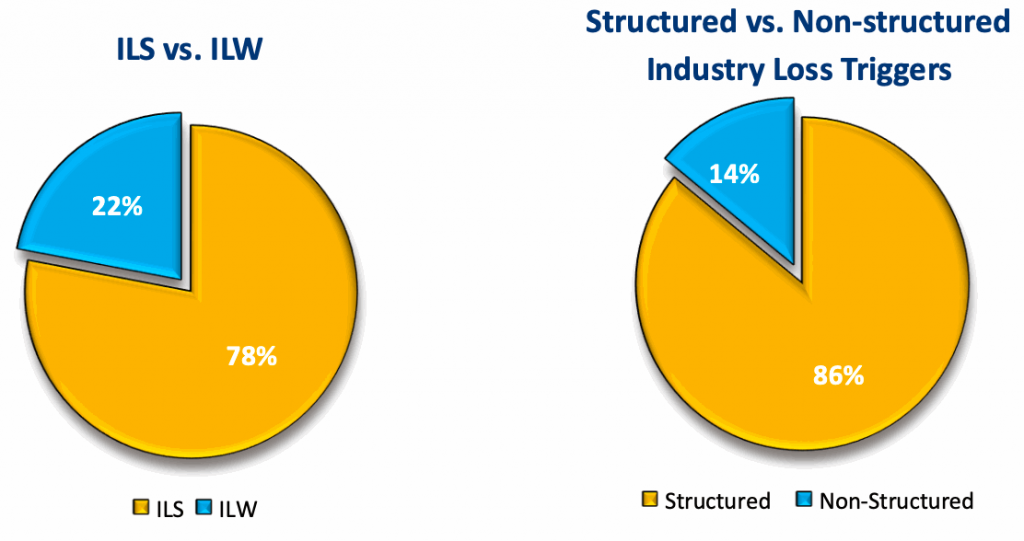 Of course, it’s been a particularly busy year so far in the catastrophe bond market and ILW buying has also seen a steady flow of transactions, helped by ILS investor interest focusing in on these types of structured transactions, over other types of collateralised reinsurance through 2021 so far.

As ILS investors have searched out more predictable and transparent structures to invest in, the segment of the market where PERILS data is most readily used has seen increased activity, so it’s no surprise to see the growth figures presented today.

Luzi Hitz, CEO of PERILS, commented, “We have continued to expand our market coverage in recent years with the addition of New Zealand and Canada. This is the first time for Canada and New Zealand that PERILS data has been used in ILS transactions since we started covering these markets. It is particularly pleasing to observe growth in new multi-territory transactions where PERILS is being used for new as well as existing markets. This aligns with our strategy to facilitate industry-loss-based risk transactions across those regions exposed to major natural catastrophes by expanding territories and natural peril coverage over time.”

Darryl Pidcock, Head of Asia-Pacific at PERILS, also said, “It has been an active period for new issuances year-to-date for both the ILS and ILW markets, which has driven the overall increase in limits at risk. We have observed new multi-territory, multi-peril ILS issuances as protection buyers benefit from more favourable market conditions. Some protection buyers have accessed the ILS market rather than issuing ILWs as investor capital and pricing have improved. ILW markets also continue to be active with an increase in new issuances, while most expiring ILWs have renewed so far this year, particularly in Australia and Europe. There has also been a marked increase in the proportion of limits at risk using structured industry loss triggers, which demonstrates the value such triggers can bring in facilitating industry loss risk transfer.”