Catastrophe bond fund returns led the way through August 2020 with another strong month, while private ILS and collateralised reinsurance suffered a little as a string of catastrophe events eroded aggregates and caused some declines in return. 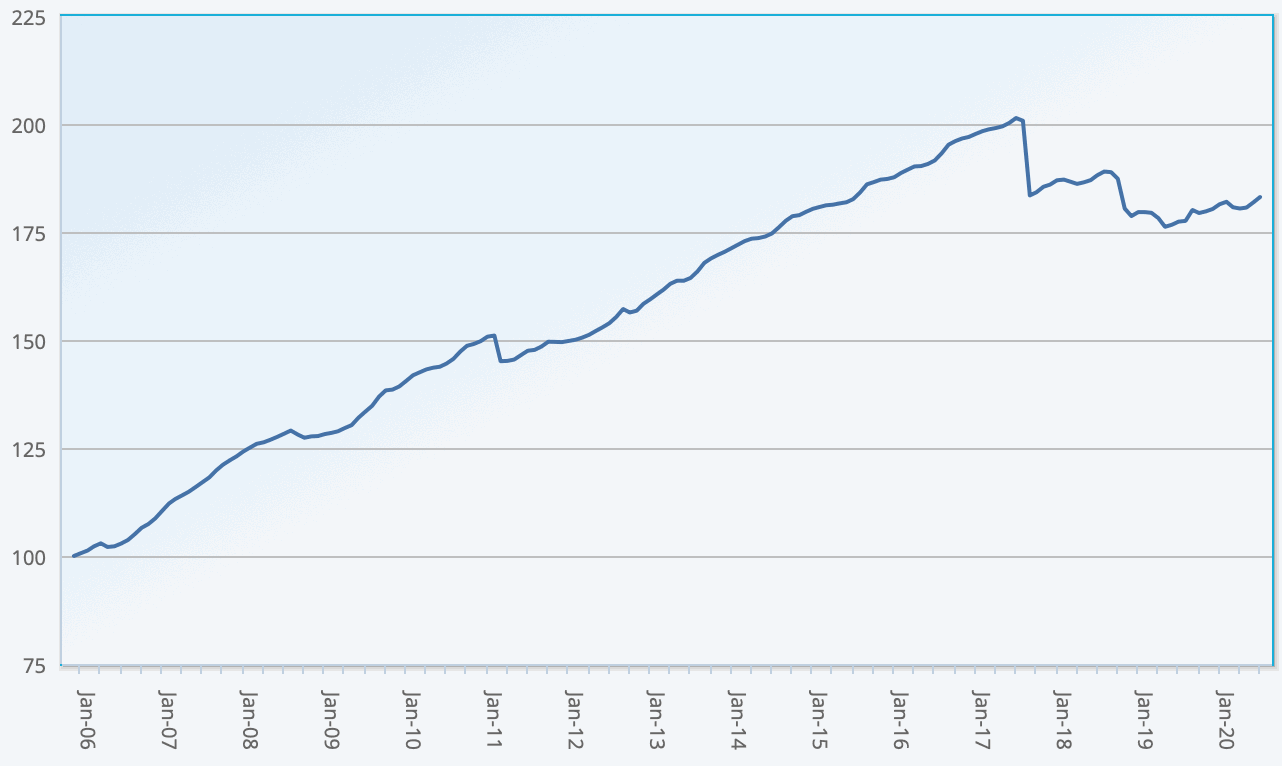 According to the Eurekahedge ILS Advisers Index the average return of catastrophe bond and insurance-linked securities (ILS) funds was 0.69% in August 2020, slightly up on June and July’s 0.67% for each month.

It caps a strong run through the summer months for many catastrophe bond and collateralised reinsurance funds, although some of the funds investing in reinsurance and private insurance-linked securities (ILS) deals have been impacted by hurricanes, severe storms, wildfires and other catastrophe loss events.

As we explained last week, some ILS funds have been impacted by August’s hurricanes, wildfires and the Derecho event that struck the U.S. midwest.

It’s resulted in mixed results across the private ILS and collateralised reinsurance writers, with some funds falling negative, while many are seeing aggregate deductible erosion on some of the positions they are invested in.

Reporting on August’s ILS fund performance, ILS Advisers Founder Stefan Kräuchi explained, “These events caused estimated losses in the $2-10bn range each. These losses are not significant enough on a per occurrence basis, but will be eroding the aggregate annual coverages.”

The catastrophe bond market benefited from more seasonal returns, with one of the Indices tracking cat bonds from reinsurance firm Swiss Re having risen by 1.1% for the month of August.

As a result, of the funds tracked by ILS Advisers, pure cat bond funds as a group rose by 0.87% in August, while the subgroup of funds that invest in collateralised reinsurance and private ILS increased by 0.57%.

31 of the 33 funds tracked for and represented in the Eurekahedge ILS Advisers Index were positive for the month of August 2020, while 2 were slightly negative.

The range between the best and the worst performing ILS fund was 1.65% for the month.

You can track the Eurekahedge ILS Advisers Index here on Artemis, including the USD hedged version of the index. It comprises an equally weighted index of 33 constituent insurance-linked investment funds which tracks their performance and is the first benchmark that allows a comparison between different insurance-linked securities fund managers in the ILS, reinsurance-linked and catastrophe bond investment space.