“Capital elasticity” – the softener of the reinsurance cycle

The entry of the capital markets and their growth into the reinsurance industry has increased the sectors “capital elasticity” resulting in a softening of the reinsurance cycle, according to global reinsurer PartnerRe. 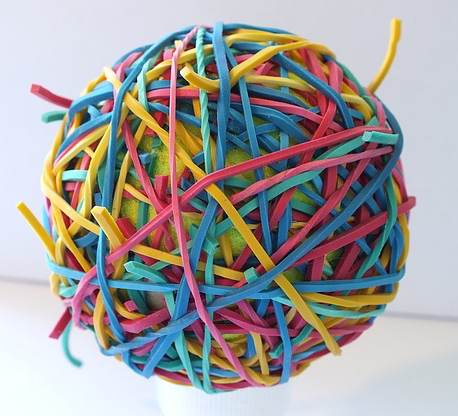 As a result of this, the returns available in a hard market, such as the one the industry is predicting for the 2018 January renewal, will be reduced for classes of business impacted by losses, the reinsurer says.

While at the same time the reinsurance market cycle is expected to be “more specific and local” with pricing effects less likely to be seen on a global scale going forwards.

This capital elasticity has never really been tested, as we haven’t seen the opportunity for the reinsurance market to draw on the huge investor interest in the space. But following the losses from hurricanes Harvey, Irma and Maria, we may get the chance to see whether this capital truly is elastic and just how much it can dampen the effects of rate rises.

Some reinsurers may suffer capital depletion in the wake of the $100 billion or so of catastrophe losses the industry has suffered in 2017.

Capital elasticity means, that if you have the underwriting abilities, infrastructure and the investor contacts, you should be able to raise new capacity through third-party capital vehicles to fulfill demand seen from your cedent client base.

It’s too early to tell who may opt for this route among the traditional reinsurers. There are a few names that jump to mind, that might find it a more efficient option to raise significant new third-party capital so as to gain market share at the renewals and increase their relevance with clients.

There could be a real opportunity for smaller to mid-sized reinsurers that have effectively managed losses that were in-line with expectations and have come out the other-side with reputation intact and access to more business than their own balance-sheet can support, or than they would want to write themselves.

Picture the executive team of the mid-sized reinsurance firm that has pulled back from U.S. catastrophe exposed business across consecutive renewals seasons over the last few years. They have likely adjusted their underwriting focus in recent years, with more of a specialty, casualty and global focus, with less Florida and U.S. property cat.

It is this type of company which could have the opportunity to test the elasticity of the capital markets.

Some of these reinsurers that retreated from catastrophe business will still have the relationships required to get back onto some programs. By launching a partnership with investors, through a sidecar vehicle, an SPI, or indeed alongside an ILS fund manager, these reinsurers could re-enter the catastrophe renewals with a pool of efficient third-party capital at their side.

It is our expectation that any meaningful rate rises seen in January could be short-lived, as more capital continues to flow into the reinsurance market and if major catastrophe losses are scarce we could see pricing barely up on today’s at the January 2019 renewals, or even prior to that.

This means a relatively short window of opportunity for those who would seek to capitalise on an increase in rates, post loss events, which puts the quick to capitalise third-party capital vehicle and ILS funds in a great position to achieve more market share, we believe.

Because if rate rises are relatively short-lived it may not be in the major global reinsurance firms interests to gobble up market share this January.

If they do try to increase their market share considerably and rates don’t remain high enough for long enough to keep them interested to continually renew this business over the coming years, it could be detrimental to the view that the relationship is what matters most in reinsurance.

Flitting in and out of the catastrophe reinsurance market to take advantage of post-loss rate rises is not a strategy for the long-term, rather it could be damaging to reputations and also hurt the stability of the marketplace.

Hence capital elasticity, being able to flex capacity through the use of partner capital from third-party investors, may actually be key to the long-term stability and health of a reinsurance market whose cycles will be much flatter going forwards.

Reinsurer PartnerRe believes that the reinsurance market of the future will be one characterised by continued, albeit much shorter, cycles that are driven by supply demand imbalances, as well as major losses.

Using retrocession and alternative capital to grow into a challenging point in the cycle, or to acquire market share at a time when the business may not be guaranteed to support the required return of the balance-sheet, could be a good strategy for a privately owned player like this.

Just 4% of the firms net premiums written in 2016 were property catastrophe related, meaning if it chose to put the elasticity of the capital markets to the test it is in a very good position to do so.

Of course many reinsurers have been doing this in recent years, leveraging cheaper retrocession in order to underwrite more, or a maintained book of, property cat. That may not be so easy if retro rates rise as much as being forecast and more than reinsurance rates.

If that is the case and retro becomes much more expensive, the best way to maintain this strategy could be to launch a partner vehicle such as a sidecar and help investors to access reinsurance linked returns as efficiently as you can.

In fact, if retro becomes as expensive as some analysts and reinsurers predict after the recent catastrophe events, there could be no choice for those that have been using it to manage their property cat PML’s but to help capital more directly to that risk, through a sidecar-like vehicle, or to back off even further from it (unless reinsurance rates come up enough to stay in it).

The elasticity of capital in reinsurance is one of the positive effects caused by the entry of the capital markets and development of ILS structures. It is now much simpler and quicker to mobilise large quantities of capital, which could help reinsurers to become more agile and responsive to market conditions, as they fluctuate and change.

In order to navigate the challenges that a highly competitive 1/1 renewal season looks set to pose, reinsurers and ILS funds would do well to consider just how elastic their capital is.