Canada Derecho the 6th largest industry loss, at over C$875m

Late May’s Derecho weather event in Canada, that drove a line of severe thunderstorms across southern parts of the Canadian provinces of Ontario and Quebec, is estimated to have caused an insurance and reinsurance industry loss of over C$875 million, according to CatIQ.

This positions the Derecho event as the sixth largest industry catastrophe loss in insurance market history in Canada, with a chance it could climb into fifth if the estimate rises further, as CatIQ’s use of the word “over” C$875 million suggests it will.

The line of severe thunderstorms struck in the last week of May, at one point leaving almost a million homes without power as the Derecho system rolled through the region.

Wind gusts exceeding hurricane strength were reported, with recordings made up to 132 km/h, while it was said that “extensive damage” was experienced across the region, with property and infrastructure impacts particularly widespread.

The line of severe storms spanned around 621 miles (1,000km), and meteorologists said it constituted a rare derecho event.

Derechos form when a line of severe thunderstorms races across a country, typically during the summer months and are able to create severe winds at the frontal line, as well as tornadoes, hail, rainfall and other impacts.

The industry loss estimate, which is cited as initial, breaks down as over $720 million from Ontario, while the storm caused an estimated $155 million of damage in Quebec, for the total C$875 million (roughly US $680m). 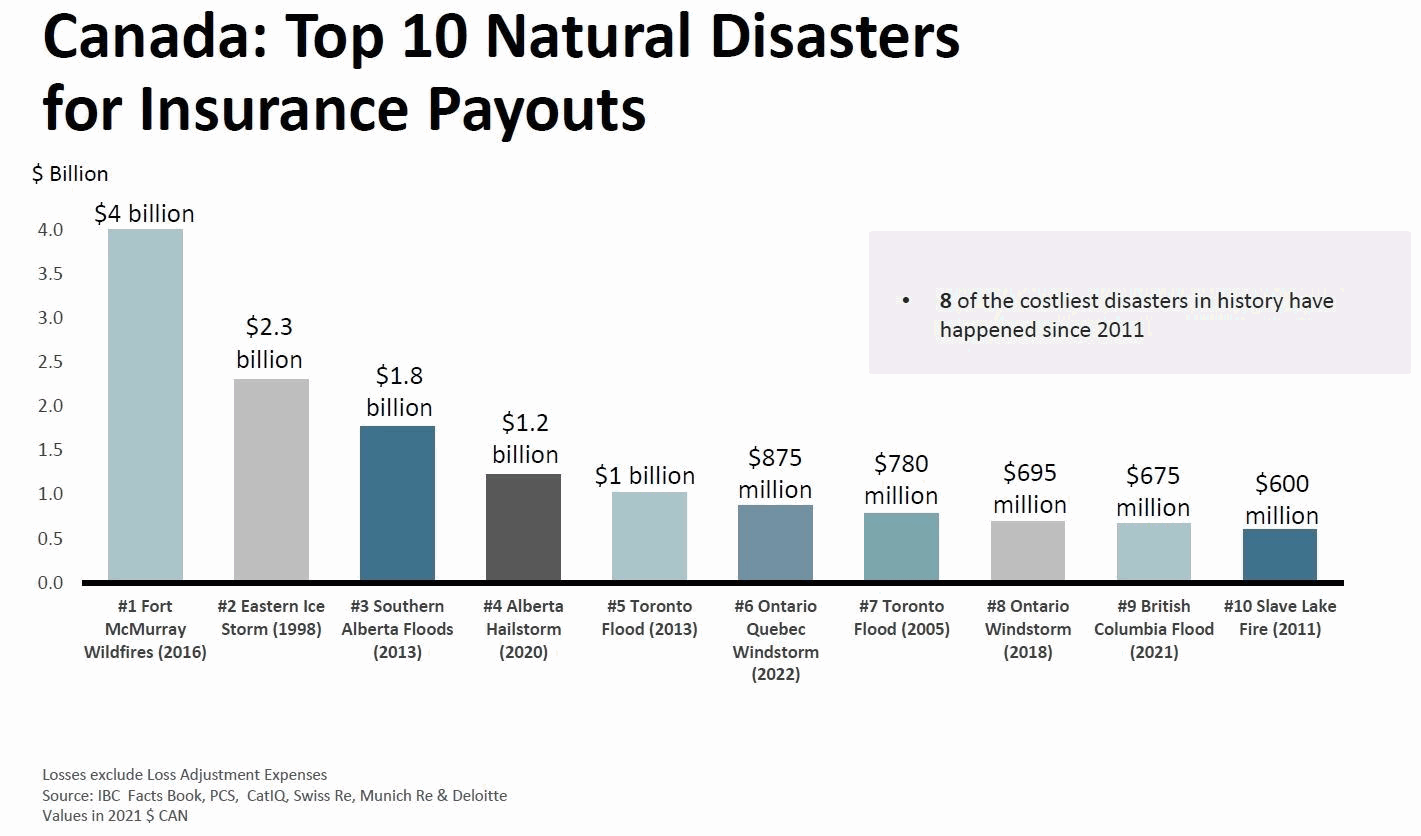 “As we begin to contemplate the enormity of the financial losses, we must pause for a moment in the face of the loss of life,” said Kim Donaldson, Vice-President, Ontario, Insurance Bureau of Canada (IBC). “This was largely an insurable event and insurers have been on the ground since Day 1, working hard to help their customers throughout the entire claims process. And, insurers will be there until all claims from their policyholders have been processed.”

The majority of the damage was caused by the strong winds experienced with the Derecho, while rain and hail were also factors.

The Derecho event presents “a sobering reminder of the increasing risk climate change poses to communities across Canada,” the IBC said.

As we previously reported, insurance and reinsurance broker Aon’s Impact Forecasting unit said preliminary estimates suggested the Derecho could be “one of the Top 5 or 10 costliest severe convective storm events on record for the Canadian insurance industry.”