California Thomas wildfire to cost re/insurers up to $2.5bn: RMS

Catastrophe risk modelling specialists RMS has estimated that the insurance and reinsurance industry loss from December’s Thomas wildfire in southern California will be from $1 billion to as much as $2.5 billion. 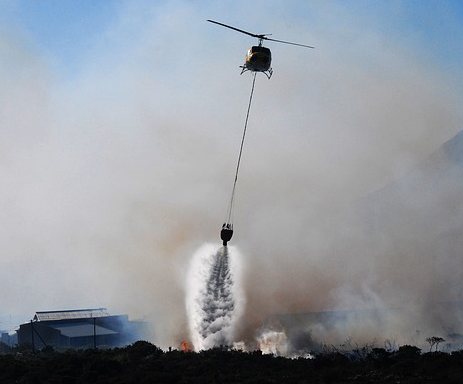 Industry loss estimates now see the total California wildfire industry loss, from both the northern and wine region fires in October and the southern fires in December, as being around $12.5 billion, we understand.

The Thomas wildfire affected California’s Ventura and Santa Barbara counties in December, with 1,063 structures reported to be destroyed and another 280 structures damaged.

The firm estimates that insurance and reinsurance losses from the Thomas fire will come in somewhere between $1 billion and $2.5 billion.

RMS said that its estimate includes losses from burning or smoke damage to personal, commercial, and industrial lines of insurance business, along with insured losses due to business interruption and additional living expenses.

It does not include automobile and agriculture line of business losses, or damage related to the recent mudslides that struck the same area after torrential rains.

The estimate was calculated using high-resolution exposure data from RMS systems, as well as comparisons with historical fire damage, loss, and claim data.

RMS said that fires that have damaged approximately 1,000 structures typically have not exceeded a $1 billion insurance and reinsurance industry loss.

However, the company said that there is “significant sensitivity of total exposure value to the burn perimeter extent” as extending it dramatically increases total exposure values from around $2.5 billion to over $10 billion and to almost 14,000 structures.

RMS also noted the potential for “elevated levels of loss beyond the direct damage from flames” which could increase the likelihood of reaching the upper bound of the range estimate, at $2.5 billion.

The wildfire season has resulted in some impacts to a number of ILS funds, collateralized reinsurance and retrocession providers.