Keefe, Bruyette & Woods analysts say they are most concerned about the Bermudian insurance and reinsurance group of companies, in the wake of hurricane Harvey’s impacts, as they feel them to be over-valued and to have too little protection of their own. 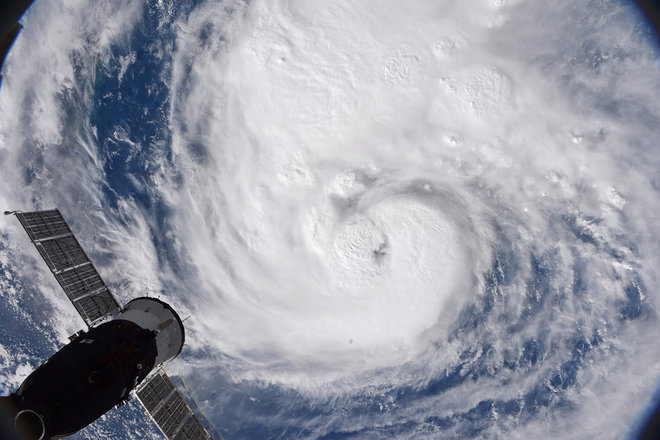 With hurricane Harvey projected to result in an insurance industry loss of anywhere between $10 billion and $25 billion, while economic loss projections have risen to as much as $108 billion, the reinsurance industry is set to take a relatively significant share.

“Although Harvey’s losses will probably primarily impact primary insurers, we remain concerned about the Bermudians, given the group’s elevated valuations and what look like complacent catastrophe loss provisions following over four years of compounding reinsurance rate decreases and over a decade of benign weather,” KBW’s analysts wrote in a report published last week.

Reinsurers valuations are thought to reflect “complacent” catastrophe loss expectations, according to KBW, a sign that the persistent soft reinsurance market at the time of a relatively benign major catastrophe loss environment has perhaps resulted in investors becoming overly comfortable that reinsurers can make their returns on equity no matter what happens.

This means if there are any sign at all of outsized losses at Bermudian reinsurers with elevated valuations, the share prices could suffer much more than at re/insurers which have a more reasonable current valuation.

As a result, and with hurricane Irma now on the Atlantic horizon, KBW says, “We remain particularly cautious about the Bermudians.”

However it is interesting that KBW feels that Bermudian reinsurers may also not have been buying sufficient reinsurance or retrocessional protection of their own, perhaps another sign of soft market and benign cat environment complacency.

The larger insurance and reinsurance firms have been through a period of rationalising and centralising their spend on protection, with programs changing to cover entities at group level and buying shifted to a central function, rather than in individual teams or by line of business.

It has been another trend in the market as companies have searched for ways to enhance their capital efficiency, but in some cases it could have led to less protection being bought.

With catastrophe loss activity relatively benign for a number of years as well, there is every possibility that some companies have bought less than before.

This tends not to be in the core program, but rather the elements of protection that have been dropped by some companies are special protections for larger catastrophe events, industry loss based coverage, parametric covers and such things as back-up coverage arrangements.

Generally, limits bought have shrunk in many cases as well, for a number of reasons but mainly the benign cat environment and the centralisation and rationalisation of reinsurance buying trends. There’s also been more focus placed on the aggregate arrangements, which are not always going to help a reinsurer as much if it was whacked by two major hurricanes in one season.

Hence there could be reasons to worry about the prospects for some reinsurers, particularly should Irma turn into a U.S. threatening monster hurricane as some of the models have shown.

One unknown that could be a factor here, is just how much of their losses Bermudian (and other, as it’s unfair to solely focus on the Bermuda market, Lloyd’s players are likely in a similar position) can be passed onto their third-party capital providers.

Some of the Bermuda-based reinsurers offload a relatively large amount of risk through private ILS transactions and quota shares with ILS investors, how much precisely it is very difficult to track.

So some of the reinsurers could find they can call on ILS funds and investors in their private ILS quota shares and sidecars, which could help them to augment their reinsurance protection, or in some cases negate the need to call so much on their traditional reinsurance partners.

The dynamics around how much protection is being bought, versus how much third-party capital arrangements come into play, will be very interesting to watch at reinsurers as we go forwards. It could make it very difficult to identify just how much retrocession a firm has and we may never fully appreciate how much reinsurance capital support they are benefitting from, from all of their providers (traditional and alternative).

That’s no surprise, as no matter how big the loss turns out to be there seems plenty of capital interested in coming into the market to back-fill any eroded reinsurance capacity.