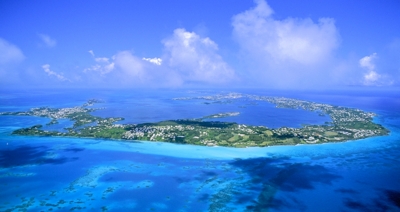 The Bermuda Monetary Authority (BMA) has surveyed the local re/insurance and insurance-linked securities (ILS) sector in the wake of the recent losses from hurricanes Harvey, Irma and Maria, finding that the local industry will pay a significant chunk of the claims.

Commercial market claims data aggregated by the BMA shows that Bermudian reinsurance firms paid out a huge $208.7 billion to policyholders and cedants from the United States, for losses from large catastrophes, related property insurance and general liability, over the past 20 years.

This is a clear reflection of the importance of reinsurance capital as economies modernise and expand, as well as testament to the growth of the Bermuda reinsurance market model.

The 2017 hurricanes, which are estimated to have caused around $90 billion or so of insurance and reinsurance industry-wide losses, saw Bermuda’s reinsurance and ILS sectors making a considerable contribution to the recovery.

Having surveyed the local market earlier this month (November 2017) the BMA found that Bermudian re/insurers and ILS vehicles saw losses of $31.2 billion net of reinsurance costs as a result of the hurricanes this year, with the United States and Puerto Rico accounting for $30.6 billion net.

As a result it seems that Bermuda’s insurance and reinsurance companies, as well as its alternative capital and insurance-linked securities (ILS) entities, will be picking up around 30% or more of the total loss from Harvey, Irma and Maria.

Craig Swan, Managing Director, Supervision (Insurance) at the BMA, commented, “The $30 billion or 30% of US losses paid by Bermuda (re)insurers demonstrates the key role Bermuda plays in the supply of risk capacity to that country. In fact, the survey results show the significance of the Bermuda (re)insurance market’s contribution to the US over the past two decades. US insurers cede risk to Bermuda, diversifying that risk globally, making the cost of buying insurance – particularly property/catastrophe insurance – more affordable to customers living in US danger zones.

“The Authority is grateful to the companies that took part in the survey. This data and the European Union (EU) claims data released in September (over $70 billion was paid out by Bermuda reinsurers to EU policyholders and cedants over the past 20 years) demonstrates the valuable role Bermuda plays in diversifying risk globally in an increasingly competitive world marketplace.”

A.M. Best recently said that of the expected roughly $90 billion of losses from the hurricanes, the reinsurance sector was expected to take half with alternative capital and ILS as much as $25 billion.

If that is the case, then these figures from the BMA will likely grow, as its reinsurers tend to be more catastrophe exposed and the ILS sector is so concentrated on the island.

It’s a clear demonstration of the value in the Bermuda reinsurance model, which has become even more valuable since the development of the ILS market which provides a significant amount of support to Bermuda’s reinsurers as well, on a retrocession basis.

The data underlines the important role Bermuda’s market plays, especially in global disaster risk recovery and financing, while the fact the total’s are boosted by ILS and its capital market investors shows that the international investment community is also paying a share of global disaster claims via Bermuda-based vehicles.