For Berkshire Hathaway, the insurance and reinsurance underwriting conglomerate led by Warren Buffett, it’s not simply a question of carefully crafted exclusions when it comes to pandemic risks, for the so-called Sage of Omaha is perfectly happy to underwrite it, as long as the price is right. 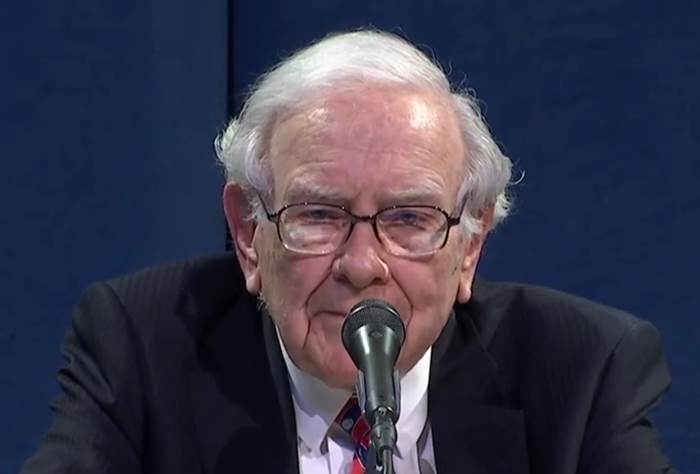 Berkshire Hathaway reported its first-quarter results on Saturday and as our sister publication Reinsurance News reported at the time, the insurance and reinsurance underwriting performance suffered, with the Covid-19 pandemic one of the key drivers.

Overshadowing the performance of Berkshire Hathaway’s insurance and reinsurance underwriting divisions though, was the massive unrealised investment losses from the quarter that amounted to some $55.5 billion.

The P&C reinsurance unit of Berkshire Hathaway experienced losses of $2.12 billion in Q1 2020, higher than the $1.774 billion in the prior year period.

But the impacts of the pandemic were evident in this, as Buffett’s P&C reinsurance arm reported Covid-19 related reinsurance claims from Q1 amounting to $230 million.

Covid-19 and pandemic risks in general are not just seen as a threat at Berkshire Hathaway though, as the reinsurer is happy to underwrite them as long as the returns are risk commensurate.

Speaking during the Berkshire Hathaway annual meeting on Saturday, Warren Buffett explained, “We insure a lot of things. We had somebody come to us the other day wanting insurance involving a $10 billion protection on something very unusual. We’re not going to make that deal in all probability, in fact, I would say it’s dead. But we would have written pandemic insurance if people had come to us and offered us what we thought was the right price.”

Buffett went on to say that they may well have been wrong to do so, but at Berkshire Hathaway his underwriters are encouraged to look at the biggest risks the world faces, pandemics included.

“We have no reluctance to quote on very unusual things and write very big limits, we’re famous for it,” Buffett said. We haven’t done that much of it in certain periods because the prices aren’t right, but if you want to come and insure almost anything, and we don’t want you to insure against fire if you happen to be a known arsonist or something, but, if you come to us with any unusual coverages, either in size or in the nature of what’s covered, Berkshire is a very good place to stop.”

He said that clients can “dream up the coverage” they want and approach Berkshire Hathaway with a price in mind that they are prepared to pay, and “we’ll consider writing it.”

Buffett said that his insurance and reinsurance business underwrote a lot of protection after the 9/11 attacks, at a time when much of the market was unwilling or unable to respond to every client need.

“We thought we knew what we were doing, but we could have been surprised,” he said.  “I mean, there could have been some follow on incidents from 9/11 that we wouldn’t have known about. You don’t know for sure the answer, that’s why people are buying insurance. But, we would be willing to write pandemic coverage at the right price.”

Buffett also gave his shareholders something to think about, in saying that even Berkshire Hathaway’s enormous $130 billion or so cash pile is not that significant when the largest events from far down the tail of distributions occur.

Buffett warned, “The position isn’t that huge, when I look at worst case possibilities. I would say that there are things that I think are quite improbable and I hope they don’t happen, but that doesn’t mean they won’t happen. For example, in our insurance business we could have the world’s, or the country’s, number one hurricane that it’s ever had, but that doesn’t preclude the fact that we could have the biggest earthquake a month later. So we don’t prepare ourselves for a single problem, we prepare ourselves for problems that sometimes create their own momentum.”

It’s the most-bearish comment from Buffett in a long time, perhaps ever, underscoring the magnitude of the crisis facing investors and the world.

It also shows how much the pandemic rattled a company of the scale of Berkshire, which likely means that “the right price” it will underwrite pandemic risks at will be much higher now than it was a few months ago.

But the rates-on-line discussed in relation to coverage offered including Covid-19 are particularly significant, in the 50’s and above (much higher in some cases) we understand from our sources, making coverage unaffordable for almost anyway.

It’s telling that everyone is now talking about pandemic insurance at a time when it is perhaps less available, due to concerns over second waves of the coronavirus, pricing being too high, or capital constraints making it hard for anyone but the largest, or most capital diverse, to offer the protection companies and insurers now desire.