Bermuda domiciled insurance and reinsurance firm AXIS Capital Holdings Limited has been steadily building on its relationships with third-party capital providers, or strategic capital partners as it calls them, resulting in the firm ceding nearly $500 million of premiums to them in 2017.

At the same time, the re/insurer earned a significant chunk of fee income for the work of originating, structuring and passing on reinsurance risks to third-party capital providers, taking $36 million for this work in 2017, up by over 65% on the prior years $21.8 million.

AXIS Capital recently said that it had grown its third-party capital under management to an impressive $1.9 billion by the end of 2017, with around 55% (or $1.05 billion) dedicated to the property catastrophe reinsurance space and the rest to other lines of business.

AXIS’ growth into third-party capital management has been particularly impressive, among its cohort of re/insurers its size.

In terms of premiums ceded to strategic capital partners, AXIS has grown this by an impressive 443% over just four years.

At the same time as witnessing this impressive growth of its third-party capital ceding business, AXIS has been realising the profitability of originating business for investors as well, with fee income earned rising by 471% across the same four years. 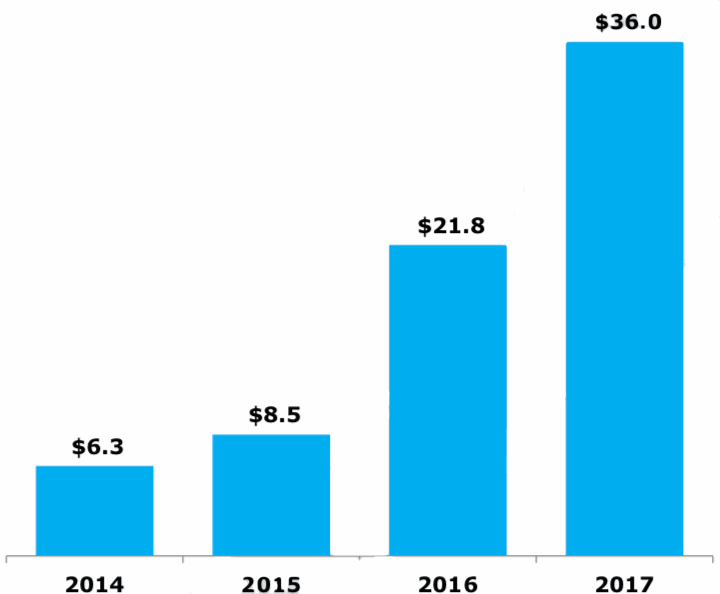 AXIS and others of similar size, are making the origination of risks for investors a key part of their business models.

The hope will be that the fee income makes it worth continuing to originate and underwrite risks which no longer sit as well on their own balance-sheets, putting the lower cost-of-capital of the ILS and institutional investor markets to work, while using their own capacity for risks or initiatives that can pay them enough to continue meeting their own cost-of-capital.