After a particularly quiet time in the Atlantic tropics, at least two systems appear primed for development, naming and strengthening perhaps into hurricanes, but at this time the general consensus is that threats to land are limited from these storms.

The National Hurricane Center has just designated a new tropical depression, TD 5, over the north Atlantic, over 1,500 km west of the Azores.

Tropical depression 5 is likely to become a named tropical storm, which would most likely make it Danielle, or Earl if another tropical disturbance accelerated its development and beat TD 5 to the naming.

Whatever storm name tropical depression 5 becomes (Danielle seeming most likely), the forecast is for it to strengthen and reach hurricane status, but to remain in the northern Atlantic waters, so without posing a threat to the United States.

“Maximum sustained winds are near 35 mph (55 km/h) with higher gusts. Strengthening is expected during the next few days, and the depression is forecast to become a tropical storm later today,” the NHC explained on TD 5.

You can see the tracking map for TD 5 below, which shows the lack of landfall threat from this particular tropical storm system. It’s perhaps more interesting to look at what could happen to TD 5, or tropical storm Danielle as it’s likely to become, further out.

Forecast models show this system getting swept up into extratropical systems near the west coast of Ireland, with the potential for it to bring strong winds and potentially damaging weather to northern Europe, in particular Ireland and the UK.

The GFS chart for Sept 11th below from TropicalTidbits shows the extratropical system that TD 5 could become in future. 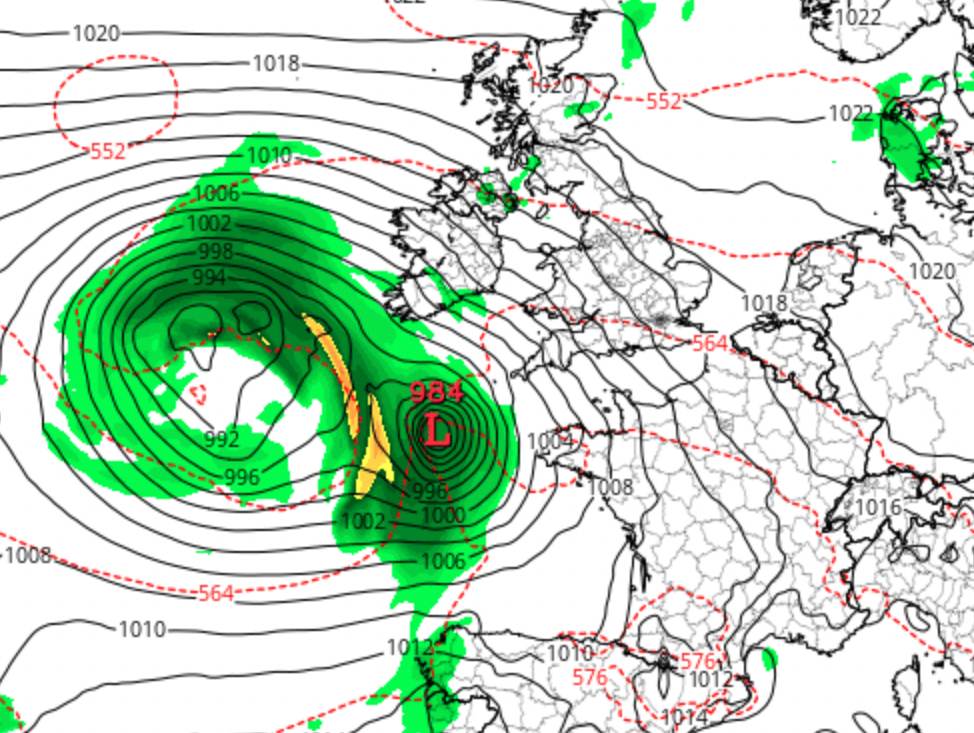 However, it’s important to note that TD5, tropical storm Danielle (which it seems most likely to be named), and hurricane Danielle as it is currently forecast to become, will meander in the north Atlantic for a few days and so its eventual path is harder to predict.

A separate system, currently Invest 91 L, is also expected to become a named tropical storm in the next day or so. Should this accelerate it could compete for the name Danielle, but it does seem more likely this one will become tropical storm Earl.

This storm is currently forecast to head towards the Bahamas north of the Caribbean, with an expectation it too will reach hurricane strength on the way.

But a sharp right turn is forecast, that would take this tropical system away from the Bahamas and United States, propelling it north into the Atlantic.

Depending on the timing of that turn, Bermuda could potentially come into range of the winds of this system, although forecast models are largely in consensus that it will turn before and head north to the east of Bermuda.

This GFS chart (for Sept 8th) below, again from TropicalTidbits, shows Invest 91L (the lower storm system) once intensified and heading north passed Bermuda, as well as TD 5 or likely storm or hurricane Danielle to the north. 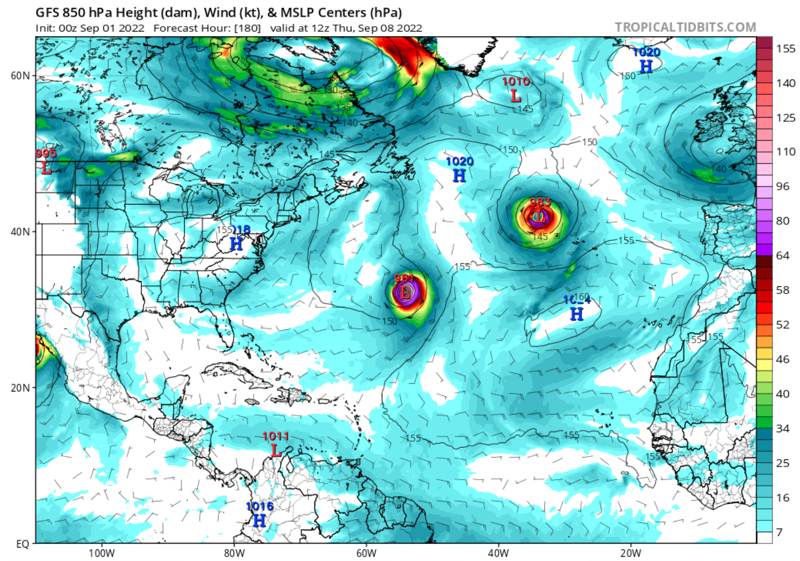 There appears to be a lot less certainty over this system, as the GFS model deepens it quickly to hurricane strength and turns it north earlier, where as the latest ECMWF model barely develops this depression and fizzles it out north of Cuba.

Other models see it developing more slowly and turning later, but still having potential to reach hurricane strength winds.

So, to summarise, TD 5 looks like it will get the tropical storm Danielle name and also has the best chance of adding seasonal ACE as a hurricane for a number of days, but its only landfall threat looks likely to be in northern Europe.

Meanwhile, Invest 91L could become a hurricane and add more ACE over its journey north, but if you trust other models it could fizzle or be a weak system heading into the Bahamas.

There is definitely some activity in the tropics for the insurance, reinsurance and insurance-linked securities (ILS) market to watch, but absent an unexpected (seen as unlikely) change in weather patterns that steers Invest 91L into Florida or the US east coast, there doesn’t seem too much to concern the market at this stage.

← Older article Inflation adjustments a key area of focus for ILS in 2022: Swiss Re