The Australian Reinsurance Pool Corporation, which administers Australia’s terrorism insurance scheme, has renewed its retrocessional reinsurance program with $3.475 billion of coverage, with limit secured slightly up on the prior year as it reduced its retention by $25 million.

The $3.475 billion retrocessional reinsurance program works in tandem with ARPC’s net assets and a $10 billion Commonwealth guarantee, so total terrorism scheme capacity covers commercial and eligible property assets to the tune of just under $14 billion.

The retro reinsurance program and ARPC net assets are the first layers of funding for any claims if Australia suffers a serious and financially damaging terrorism incident.

Almost 70 reinsurers from across key global reinsurance markets were met with virtually to negotiate the placement of this 2021 terrorism retrocession program.

“For the 2021 program, ARPC purchased an additional $25 million layer of reinsurance at the bottom of the program. This reduced ARPC’s deductible from $250 million to $225 million and improved ARPC’s capital strength,” Wallace said.

It’s not clear at this time whether any collateralized reinsurance capacity, from ILS fund or similar sources, was involved in this renewal.

The ARPC has engaged with ILS markets before, looking at how capital markets reinsurance solutions could support its terror retro program.

But price was seen as the issue previously, which prevented use of ILS capacity to back its terrorism reinsurance scheme.

Of course, UK based terror reinsurer Pool Re successfully transferred some of its retrocession program risk to the capital markets using a catastrophe bond structure before, so ILS involvement is possible.

In addition, some collateralized retrocession players do write some specialty lines, including some terror risks.

For this 2021 retro program renewal, ARPC secured $3 billion of the total $3.475 billion of retrocession capacity on a multi-year agreement basis, to reduce pricing volatility in the program.

The multi-year agreement also enables the program to be adjusted, like the resets we see in the catastrophe bond market, so if ARPC’s portfolio changes by more than 10 per cent year-on-year the cover can be tailored to fit. In addition it can be cancelled as well, if ARPC’s audited forecast premium income drops by 10 per cent or more.

ARPC told us that no non-traditional markets were used in its reinsurance renewal placement. 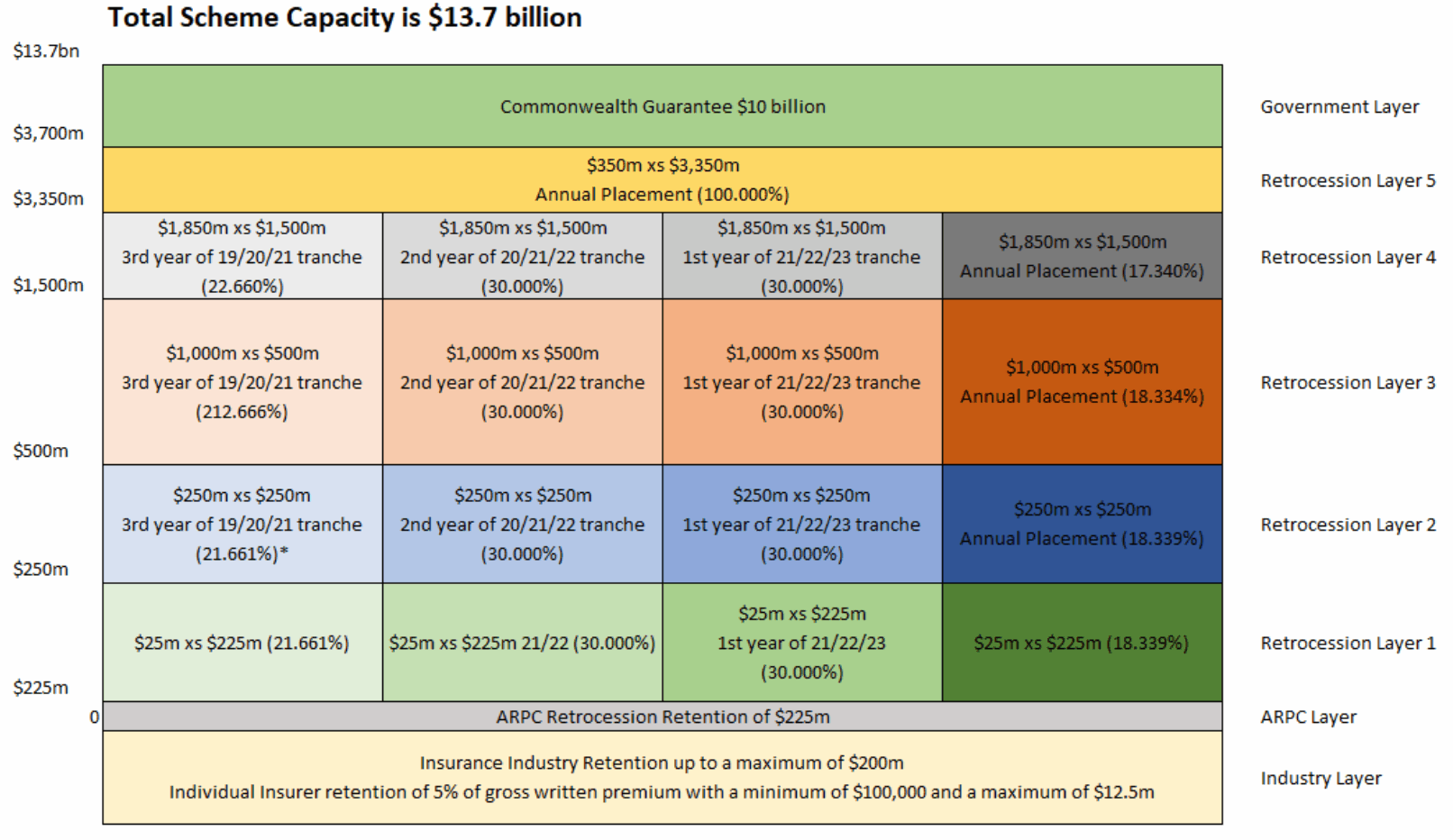