Latin America has some of the world’s lowest insurance penetration levels globally, a core opportunity for re/insurers. But for insurance-linked securities (ILS) and alternative reinsurance capital the road to meaningful inclusion will likely be longer, but it is expected. 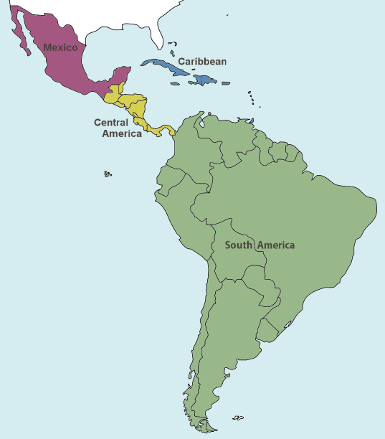 Similar to parts of the Asia-Pacific region Latin America, so Central and Southern countries, present a host of challenges and opportunities for local and global reinsurers, including the ILS community and other alternative risk transfer strategies that exist in today’s evolving reinsurance market.

Average insurance penetration rates across the Latin America region are roughly 3%, according to insurance and reinsurance ratings agency A.M. Best. A figure that is dangerously low considering the region’s high vulnerability to a host of natural perils, including flooding, earthquakes and volcanic eruption, to name but a few.

However, a lack of historical data surrounding the majority of high exposure risks in the area, and limited catastrophe modelling data and capabilities when compared with North America and Europe, is a factor hindering the growth potential for ILS players in the region.

Fellow re/insurance industry ratings agency Fitch Ratings, echoed this point recently, covered at the time by Artemis; “Modelling capabilities and compilation of more comprehensive statistics need to improve for alternative uses of capital to become more prevalent in the region.”

Advances and improvements in the quality and volume of data surrounding exposures in Latin America will naturally lead to greater investor appetite in the region, as witnessed in the early development stages of other emerging re/insurance and ILS markets.

Similarly, declares A.M. Best in a recent global reinsurance industry report, “the introduction of new regulatory frameworks in the region in line with best international practices and the continuing low interest environment, could lead to an increase in the use of alternative risk transfer products, which until now have not been relevant in these markets.”

This can result in apprehension among investors and ILS fund managers to write business in the region, owing to a fear of overexposure or a lack of confidence in the market or, with regulation that is too restrictive on the entry of foreign entities, leading to a lack of investment desire from international market players.

Regulation can and has been adapted though, as seen in India recently with the increase in foreign ownership of Indian insurers to 49%, and can result in a surge of foreign investment in a region’s insurance and reinsurance market.

This could later lead to a rise in the proliferation of regional ILS instruments, such as sidecars and catastrophe bonds, as the newly opened market realises the efficiencies of the capital markets can help to keep insurance costs lower, of vital importance in emerging markets.

A.M. Best predicts that the Solvency II-type standards that were implemented in Mexico recently will spread to other parts of Latin America, albeit at a gradual pace.

The consolidation trend continuing to sweep through the global insurance and reinsurance industry is another factor that could lead to expansion for ILS in the region, as market challenges persistently force the hand of large global players to seek geographical diversification and thus the acquisition of a Latin America-based firm becomes a possibility.

As global players move into new markets, such as Latin America, the inevitable increase in data quality and requirement for reinsurance and retrocession will follow, albeit gradually, providing opportunities for ILS players in future.

As companies increasingly find ways of utilising the benefits of alternative risk transfer solutions and its capital market capacity, such as cat bonds, collateralized reinsurance and reinsurance sidecars, into their reinsurance programmes, it is inevitable that those entering Latin American markets via merger & acquisition (M&A) activity make use of some ILS capacity.

However, we would point here to a potential risk for traditional reinsurers, that as ILS enters these new markets gradually it will increase the pressure on pricing and rates. Being a highly diversified re/insurance firm, while attractive to incumbents, has been highlighted by analysts at Bernstein as having the potential to prolong pricing pressures.

As globally active insurance and reinsurance players move to new territories, the ILS markets will inevitably follow, with the resulting increase in availability of efficient capital likely to exacerbate pricing pressure.

As noted by Standard & Poor’s in August 2015 regarding the ASEAN insurance community, fellow ratings agency A.M. Best does warn that the increased use of ILS instruments “might become another source of competition for traditional reinsurance in Latin America, thus pressuring margins in the middle to long term.”

As modelling capabilities improve along with an industry-wide desire to improve insurance and reinsurance awareness and education in emerging economies and markets, insurance penetration levels will increase.

And, as the growth of insurance premiums rise so to will the need for reinsurance, as local players look to hedge, diversify sources of risk capital and better protect their underwriting portfolios.

Over time, as it’s important to remember that this isn’t something that is going to happen overnight, investor and sponsor acceptance, understanding and therefore willingness of ILS to participate in Latin America exposures will increase, as regulatory and modelling scope enables it to do so.