Alternative capital lost in 2017 has now been replaced: A.M. Best

All of the alternative reinsurance capital that was lost in the 2017 major catastrophe events has now been replaced, which helped global dedicated reinsurance capital reach a new high of $427 billion at the end of 2017, according to rating agency A.M. Best.

A year earlier these figures were $75 billion of alternative capital, contributing just less than 18% of a $420 million pool of dedicated reinsurance capital, according to A.M. Best, which works alongside Guy Carpenter on these numbers. 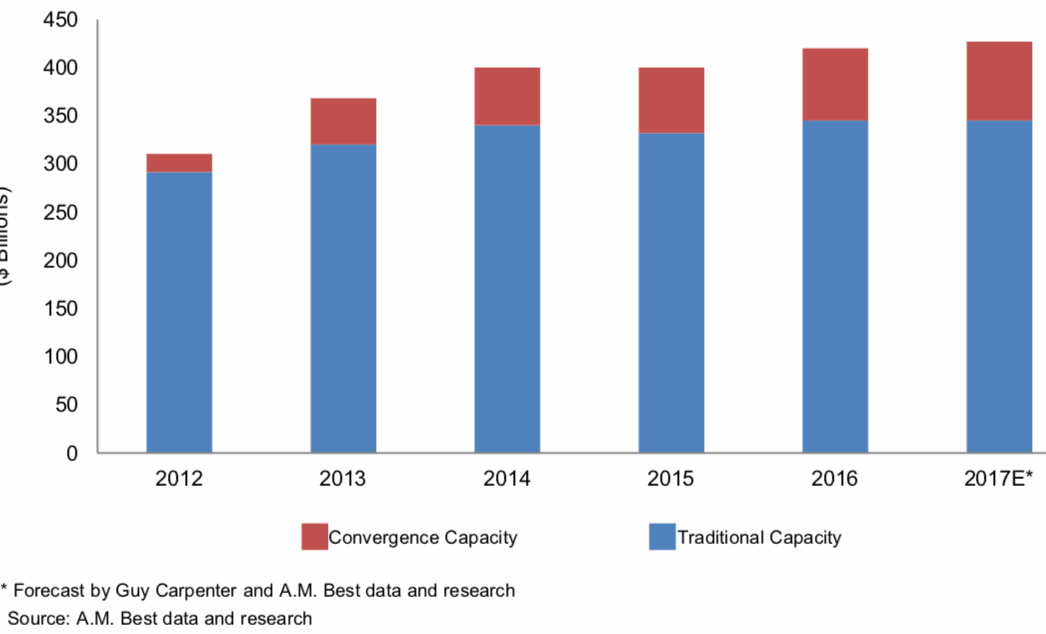 After the major losses of 2017, especially the trifecta of hurricanes Harvey, Irma and Maria, as well as the California wildfires, it had been assumed that alternative capital and insurance-linked securities (ILS) fund capacity would shrink significantly, both due to the losses themselves, as well as the trapping of collateral.

But rating agency A.M. Best believes this is no longer the case, saying that, “The alternative reinsurance capacity lost due to the 2017 catastrophe events has been replaced as third-party capital continues to seek a larger share of the global market.”

If the capital was replaced and the alternative market larger by the end of 2017, it is likely going to be much larger still by the mid-year reinsurance renewals, as certain collateral and reserve releases help to boost the market, as well as further and ongoing capital raising.

Investor interest in ILS is at an all-time high, leaving the market with the tricky issue of managing inflows to match underwriting opportunities.

Most ILS fund managers could raise more capital very quickly, at this moment, but deploying it profitably remains key and so many fund managers have actually been turning down new mandates, or putting investors on hold for the moment, to control the tide of inflows.

That all bodes well for the mid-year renewals and the end of 2018, when it is expected that ILS and alternative capital’s percentage of dedicated reinsurance capital will have grown even further.

As a result of the growth of alternative capital and the fact reinsurers remain well capitalised, A.M. Best says that the market remains over-capitalised, which will keep the pressure on rates throughout the year.

Despite this fact, many are hoping for some firming at the mid-year renewals, but how successful they will be in achieving this remains to be seen.

A.M. Best notes that convergence reinsurance capital, “Continued to enter the reinsurance market, even as losses were being tallied from the events of 2017.”

This is testament to the resilience of the ILS fund market and other collateralized reinsurance vehicles, which despite losing significant sums from the 2017 catastrophes have been able to trade forwards effectively and capitalise on heightened investor demand for the renewals.

While traditional rated reinsurance balance-sheet capital was flat, there was evidence of growth in catastrophe bonds, collateralized reinsurance and sidecars, and industry-loss warranties (ILW’s) around the renewal season. 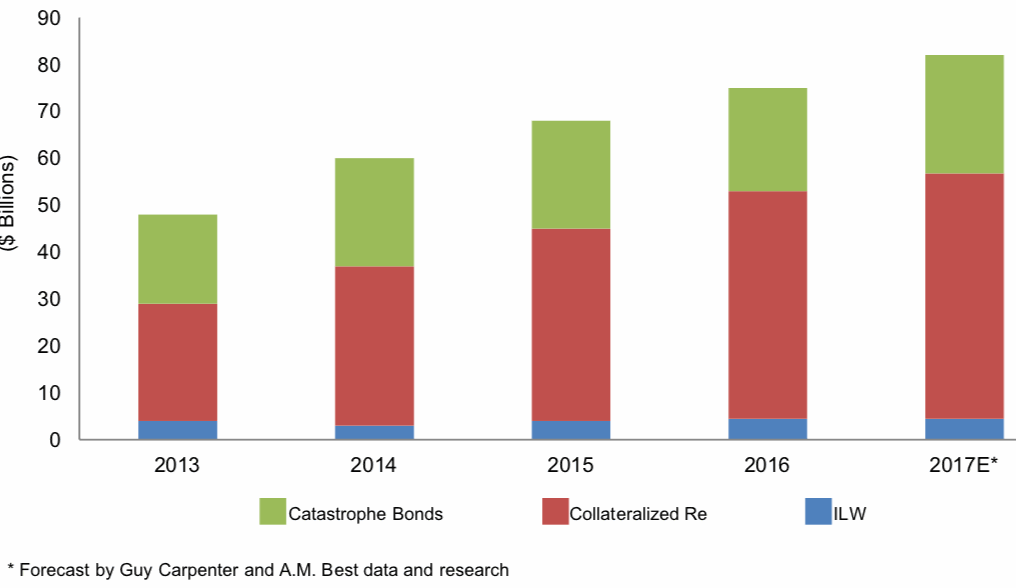 Also boding well for this growth and expansion of ILS capital to continue, is the fact that traditional reinsurers continue to align themselves with third-party capital, in a multitude of ways.

With any rate rises achieved at future renewals unlikely to be sufficient for reinsurance firms to earn back their losses, or even their cost-of-capital in some cases, the alignment with ILS and third-party investors, in order to add layers of efficiency to their underwriting, is destined to continue.