The use of alternative capital and insurance-linked securities (ILS) in the reinsurance market has had its “proof of concept” moment, as following the losses the market continues to function as intended, investors seem comfortable with their exposure and many are planning to reload or upsize allocations to the space. 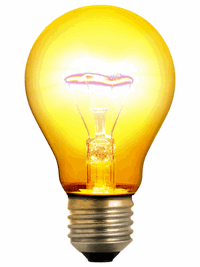 Having visited a number of reinsurers and alternative capital managers in Bermuda at the end of 2017, analysts at Keefe, Bruyette & Woods heard that, “Alternative capital providers remain completely committed to the reinsurance asset class.”

The analysts explained that the ILS asset managers they spoke with “consistently reported that most longer-term ILS investors are still well in the black.”

Additionally, the ILS asset managers met said that their investors were not surprised by exposure to the 2017 loss events, which aligns with our own discussions with investors in the space who are largely in agreement that losses were within modelled expectations considering the severity of the recent catastrophe events.

In the majority of cases, the trapped collateral, or capital that has been retained while losses develop on affected contracts, “appears to have been more than fully replenished” the analysts said.

This is important, as it enabled the ILS market to move into the key January reinsurance renewal season without too much of a dent in its overall capacity.

If you take into consideration the numerous new collateralised reinsurance focused start-ups as well, many of which are looking to capitalise on retrocession rate increases, it is possible that following the renewals the amount of alternative capital in reinsurance could actually be on a par with, or even higher than, before the 2017 major losses.

Another positive point and sign that ILS has had its proof of concept moment, that KBW’s analysts highlight, is the fact that they have seen few signs of litigation that could have emerged from any investors that were less well-educated in the space.

With losses of this magnitude all seemingly being aligned with the strategies employed, so far we’ve heard no discussion of litigation either, which is testament to the maturity of the ILS market and the sophistication of its investor base.

While investors are reloading, to take advantage of any price rise opportunities that emerge, it is typically explicitly dependent on a certain level of anticipated risk-adjusted return, the analysts explain.

This is unlikely to hold back allocations though, we believe, as although prices have not risen back to the levels that the traditional reinsurance market had been hoping for, the price rises experienced by ILS funds will result in a meaningful boost in return potential. Enough to satisfy many investors in the space.

Of course there are also plenty of large institutional investors that were happy with the rate of return earned by their allocations to ILS funds before the losses and for whom a chance to deploy more capital may be the most important thing.

Allocations have, in the past, been restricted by the size of the market, the size of funds and managers, and the relative size of the opportunity. The January renewals have presented a larger sized opportunity for ILS managers and funds, enabling them to really wield the efficiency of their capacity and at the same time offer their cedents continuity, making the current state of the market a particularly compelling prospect for investors.

So, losses within expectations, reloading and replacement of capital achieved or still underway, little signs of litigation, structures performing as intended and advertised, renewals successfully placed with some rate increases, prospects for 2018 looking good, all signs of an ILS market that has proven its concept so far and as a result it is understandable that the ILS sector is receiving an increasing amount of investor interest at this time.