Alternative capital can be your friend, at the right time: Brian Duperreault

Alternative reinsurance capital has “got to be in our future at some point” according to Hamilton Insurance Group CEO Brian Duperreault, but the time has to be right and different forms of capital need to be deployed in the right way and with the right motivations, he told Artemis. 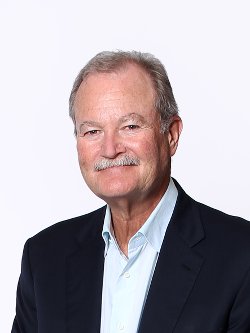 Duperreault, the ex-President and Chief Executive Officer of Marsh & McLennan Companies, who formed Hamilton Insurance Group, an insurance holding group with primary, reinsurance, U.S. direct, and Lloyd’s arms, sees alternative capital as a continuation of a trend that has been part of the insurance and reinsurance market since its earliest days.

“We’ve had, in various forms, alternative capital probably since the beginning of insurance. There’s more varied kinds now, but it’s not that different,” Duperreault said, speaking in Monte Carlo at the 2015 Reinsurance Rendez-vous.

He continued; “It’s pretty obvious that it’s here to stay. So live with it, enjoy it, make it your friend.”

Hamilton does not yet manage alternative capital within its business. On the reinsurance and retrocession side, Hamilton views alternative capital and the insurance-linked securities (ILS) options for risk transfer, as just different forms of capital.

“Alternative capital is still capital and capital comes in different forms; it has different mouths to feed, different requirements, different lengths of usage.

“To me, I’d rather think about the totality of capital available to use, to apply against a particular problem. In our case we take risks, so it’s finding ways to deploy capital to a particular risk situation,” he explained.

Managing capital is part of the insurance and reinsurance business, so Duperreault sees it as vital that companies have a clear strategic view of the best forms of capital to bring within their business, at the right times.

Explaining this, he commented; “Anybody in this business needs to have skills in the use of capital along a very broad spectrum, either deploying that capital yourself or taking it on to support you, in some way managing your capital base.”

And on the subject of where different forms of capital are best put to use, that comes down to meeting returns and shareholder expectations for Hamilton.

“My shareholders want me to make the best return on capital, so if that means just using our capital alone, then why not it’s probably the most efficient approach. But there are ways and times when you have to deploy alternative capital,” he explained.

For Hamilton Insurance Group and Hamilton Re it is perhaps too early to be considering leveraging third-party capital from the capital markets alongside its own underwriting capacity. Duperreault acknowledges the lower-cost model of the insurance-linked securities (ILS) funds and that this can be attractive for traditional companies to emulate, but is also aware that it shouldn’t be entered into lightly.

Duperreault places a strong emphasis on the importance of people, skills, technology and gaining an edge through innovation and efficiency, but won’t rule out using alternative capital and believes it is likely to be something Hamilton will tap into in the future.

“So I think you just use it, when it’s right to. Would I form a pool of alternative capital to deploy? That’s a possibility, but we haven’t done it yet. We’re still in the mode of trying to deploy our capital in its totality.

“It’s a little harder to think about feeding other mouths, but certainly I think that’s got to be in our future at some point, being able to deploy capital in various forms if that risk needs it,” he commented.

It’s a balancing act, deciding when is the right time to bring alternative forms of capital within a re/insurance business and Duperreault clearly wants to ensure that Hamilton selects the right time to make any future move into bringing money from third-party or capital market investors within the firm’s underwriting capital base.

Duperreault is also cognisant that embracing alternative capital within a traditional insurance and reinsurance business does not come without its own risks, meaning that it has to be approached sensibly and with an understanding that it needs to be of benefit to the shareholders as well.

“It all comes down to can you use it effectively, can you actually deploy it so the capital supplier is happy with the outcome. That’s not always the case.

“You have to balance it out versus being fair to everyone. Appropriately deploying that capital really means a lot of disclosure, that everyone understands why you did it this way and not that way. Why didn’t you use your own capital, or why did you put it over there? You have to balance that all out,” Duperreault said.

So alternative capital or ILS funding, is not currently on the agenda for Hamilton Insurance Group, but may be in the future. Being an extremely experienced leader in the re/insurance space, it is no surprise to see that Brian Duperreault is aware of both the benefits and potential risks that taking this step could bring.