U.S. primary insurance giant Allstate has added roughly $221 million of new protection to its core nationwide excess of loss catastrophe reinsurance program in the first-quarter of 2020, with the capital markets playing an important role through the Sanders Re II catastrophe bond.

Allstate has pushed up the top of its nationwide excess catastrophe reinsurance tower to almost $5 billion with the changes, adding $121 million to this tower and keeping its per-occurrence retention at an unchanged $500 million.

The attachment point on Allstate’s $300 million Sanders Re II Ltd. (Series 2019-1) catastrophe bond, that provides both per-occurrence and aggregate catastrophe reinsurance, has been elevated slightly on both fronts and a $106 million single-year contract is now slotted beneath this.

Allstate’s per-occurrence nationwide excess tower can be seen below, as it stands after Q1 2020 additions and changes, which added approximately $121 million of protection: 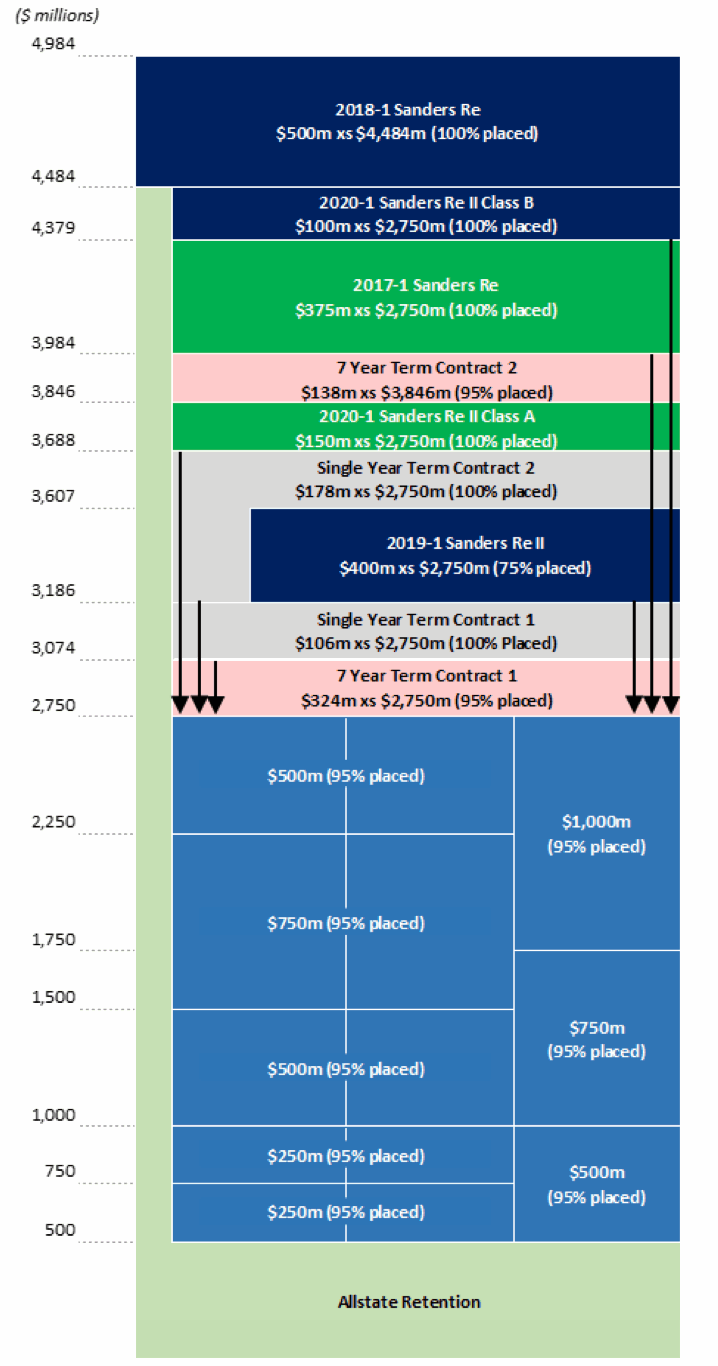 On the aggregate side of Allstate’s nationwide excess catastrophe reinsurance tower, the use of capital markets backed reinsurance in the form of catastrophe bonds has also helped the insurer to increase its protection in the last quarter, pushing the top of the tower a little higher.

Here it is the $100 million Class B tranche of notes from the $250 million Sanders Re II Ltd. (Series 2020-1) cat bond that feature, adding $100 million of new protection to this tower and slotting neatly between coverage from the 2018 and 2019 cat bond issuances.

You can see the nationwide excess annual aggregate reinsurance tower as it now stands below: 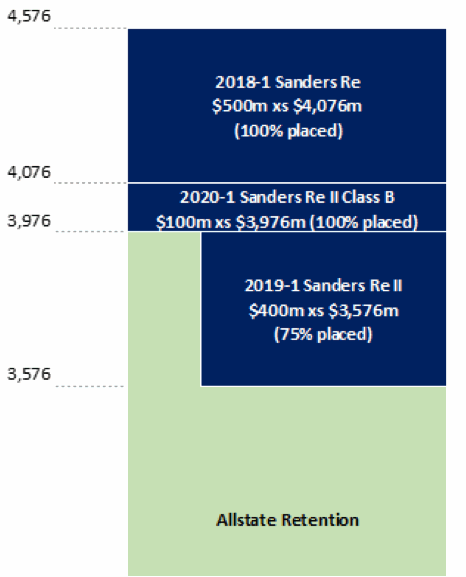 As a result of the changes to its nationwide excess reinsurance arrangements Allstate will go into the U.S. wind season with more protection than the prior year.

The same could be true of its Florida specific catastrophe reinsurance tower, which is renewed this quarter and will feature the insurers latest cat bond issue, the $150 million Sanders Re II Ltd. (Series 2020-2) transaction that launched to investors in the last week.