All eyes in Florida and the Gulf Coast states will be on Invest 99L, a strong tropical low that is currently tracking west-north-west between Cuba and the Bahamas towards Florida, could develop into named tropical storm Hermine and which is forecast to pass into the Gulf of Mexico.

Meteorologists have been tracking Invest 99L, an invest is any weather system that a tropical cyclone forecast center such as the National Hurricane Center collects data on, all of this week with the weather forecast models providing considerable uncertainty over the eventual strength of this tropical low.

The path of Invest 99L has always been more certain, with it tracking along the edge of the Caribbean and forecasters saying Florida was in its sights as long ago as Monday. Weather models showed a track towards the southern end of the Florida peninsula, with an expectation for the path to then track across the state and into the Gulf of Mexico.

With this forecast over the week the reinsurance and ILS sector has been watching this invests progress carefully, as it’s eventual destination made it a concern based on some of the models intensity forecasts earlier in the week.

The National Hurricane Center currently gives Invest 99L a 60% chance of development in the next 5 days, or 30% in the next 48 hours, which suggests the lows progress will not be rapid. 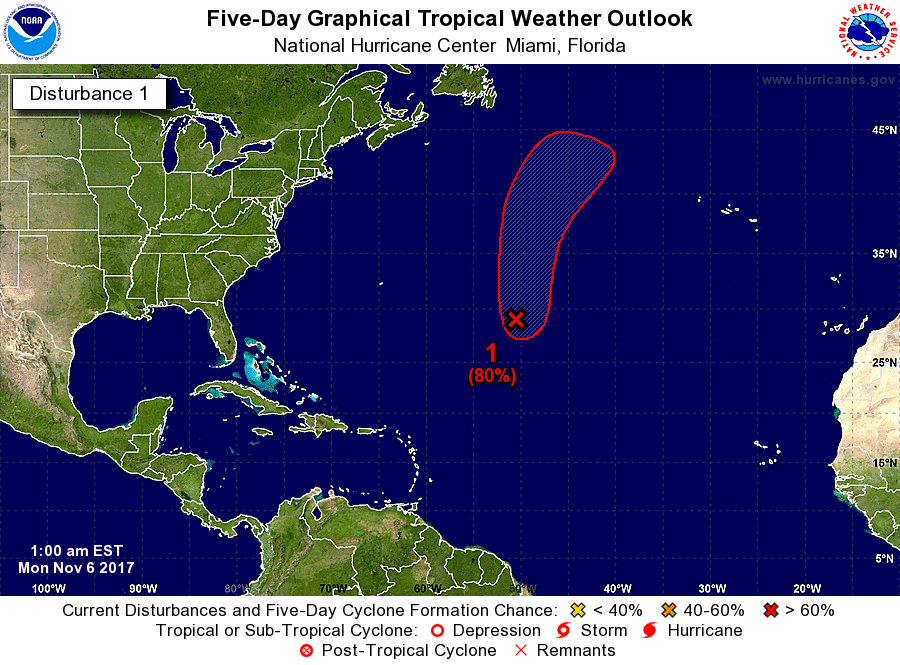 Intensity is another matter though and some weather models had predicted that tropical storm Hermine would already have formed, as the storm tracked west across the Atlantic. But so far the low remains disorganised and with little in the way of circulation to deserve naming at this stage.

Invest 99L has brought torrential rain to parts of the Caribbean and forecasts suggest as much as 5 to 15 inches of rainfall are possible for southern areas of Florida, as the tropical disturbance passes the state. The question is whether the warmer waters around Florida or once the low passes into the Gulf could see the low intensify into a storm or even a hurricane.

Earlier this week, runs of the favoured GFS, ECMWF and other weather models showed anything from a remnant low passing Florida, to a Category 1 hurricane Hermine striking the state, passing over it and then intensifying for a second hit on the Gulf Coast anywhere from Louisiana to Texas.

Still, some runs of weather models are showing a tropical storm Hermine strike on Florida and a hurricane Hermine in the Gulf, but meteorologists show little certainty in these forecasts and there is as good a chance that impacts from Invest 99L are minimal.

The big factor that will affect Invest 99L’s chances of development is wind shear, which has hindered it in the last 48 hours. However, once it gets closer to Florida and the Gulf wind shear is forecast to lessen, with the extremely warm waters providing a possible source of power to intensify it into a tropical storm.

The ensemble model runs below show the current thinking about Invest 99L’s path.

At present it is expected that steering winds will push Invest 99L or tropical storm Hermine into the Gulf, however there is a chance that these winds could slow allowing the depression or storm to meander northwards.

Accuweather shows the current weather set-up which is driving the models to push for a Gulf storm. 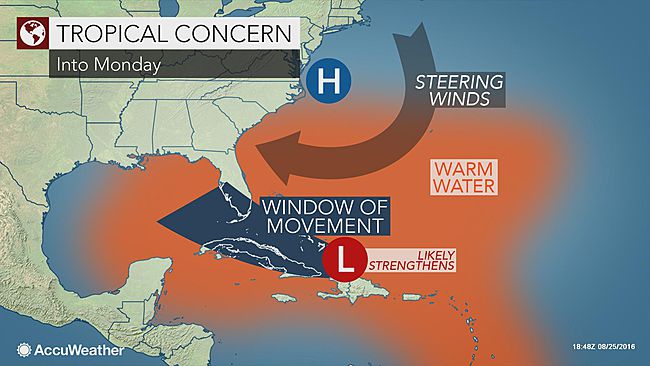 A forecast filled with such uncertainty is not much help to insurance, reinsurance and insurance-linked securities (ILS) players or investors that are exposed to Florida and Gulf Coast tropical storms and hurricanes.

However, this storm has been brewing for so many days now that all eyes will be on Invest 99L as it proceeds towards Florida today and over the weekend.

With reinsurance, ILS and catastrophe bond risk capital concentrated so heavily in the U.S., particularly in Florida and the Gulf Coast states, any development or intensification into tropical storm Hermine will spark alarm bells in the sector, particularly after such a long U.S. land-falling hurricane drought.