The conditions in reinsurance markets continue to be challenging and with reinsurers only destined to make mid-to-high single digit returns, a normal catastrophe year “will expose the true ramifications of current market conditions” while an above average catastrophe year could be “downright ugly” according to A.M. Best. 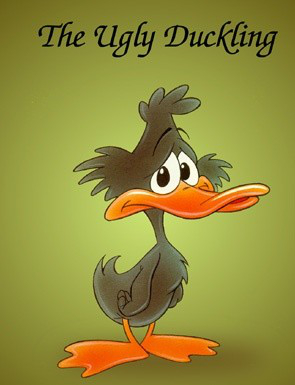 The rating agency remains negative on the prospects for the reinsurance sector outlook in its latest report published this week, saying the market is in a “malaise” currently with the continued pressure from convergence capital and the ILS funds market still a key factor that is impacting reinsurer profitability.

A.M. Best believes that the reinsurance market is now in the latter stages of the soft cycle, but faces “significant ongoing market challenges that will hinder the potential for positive rating actions over time and may eventually translate into negative rating pressures.”

It highlights the fact that 2016 was booked as an underwriting loss in reinsurance, despite the fact that loss activity was relatively benign and so the rating agency asks what this means should losses increase.

With risk-adjusted returns strained, margin compression continuing and worsening in some cases, no respite from investment yields as yet and the ILS market growing in confidence and influence, there is little for reinsurers to be too positive about at the Monte Carlo Rendez-vous this year.

Margins are in many cases even worse than the current numbers belie, as reinsurers continue to take on more risk than they did a few years ago thanks to expanded terms, conditions, hours clauses and the like. In a market where catastrophe claims have been below average for a number of years, but margins compressed consistently, many reinsurers now take on more risk per unit of capacity than before which could leave them open to major negative impacts under certain catastrophe scenarios.

“The market headwinds at this point present significant longer-term challenges that industry players need to work through,” A.M. Best explains.

But working through these problems is looking increasingly difficult and some reinsurers could find they are in a position where there are few options to improve their returns and every risk that returns worsen, even under a relatively normal catastrophe load.

Hence, A.M. Best recommends reinsurers to be proactive, as those that aren’t will find their destiny mapped out for them.

Add to this uncertainty caused by Brexit, political will in the United States and what that may mean for taxes and regulatory protectionism, and the future is not clear for reinsurers as they look to manage the worst of the soft cycle.

Those areas viewed as opportunities, cyber risk or mortgage insurance for example, are not seen as saviours and bring risks of their own meaning these business lines need to be embraced carefully, A.M. Best suggests.

While reinsurers have been making other responses to the soft market, reducing PML’s in peak zones, targeting new opportunities and new regions, generating fee income including through managing third-party capital and shifting asset portfolios into new classes to target yield, none of this alone is expected to make the significant difference required to see reinsurers returns go back to those enjoyed before the current soft cycle.

With nothing better than single digit returns on offer, A.M. Best warns; “The reality of the current situation is that even a normal catastrophe year will expose the true ramifications of current market conditions; an above average catastrophe year may be downright ugly.”

The well-capitalised balance-sheet strength of some carriers could become less assured as, “Earnings come under increased pressure, favorable reserve development fades, and the ability to earn back losses following events is hindered by the immediate inflow of capital and competition from both traditional and non-traditional sources.”

Add in the chances of companies taking larger shares of losses, than they might have seen previously, due to broader underwriting terms and soft market strategies and there is the potential for some shocks, particularly in the smaller to mid-sized reinsurance category.

With hurricane Harvey’s losses still being counted and hurricane Irma now heading for the United States, reinsurers will be increasingly nervous about the potential for this year to prove an above average one for major catastrophe losses, which could result in the “ugly” situation A.M. Best expects.

The rating agency sees the Bermuda market as particularly under pressure, given its “anemic” returns, however looking at returns across the main reinsurer groups, things are not much better at the major European players or Lloyd’s of London.

A.M. Best highlights the paradox of the reinsurance market, “Where the success of avoiding losses and being profitable ultimately pressures the industry into underwriting losses.”

The rating agency questions profitability thus, “If the reinsurance market is booking the accident year combined ratio at a loss in a relatively benign catastrophe year, and that in and of itself is not the impetus for change, the next logical question is: What will it take to turn the market?”

At the moment, A.M. Best believes that there is little that can change this reinsurance market cycle, saying that it does not appear that any lack of underwriting profit in the current book or continued erosion of RoE will break the cycle, especially as the capital markets and ILS players continue to find the returns attractive.

In fact, no matter the potential impacts from Irma and other hurricanes that could come along this year, it seems increasingly likely that we’ve reached the point where the cycle will see things turn ugly at least for a few reinsurers.