2020 insured catastrophe losses estimated at $83bn by Swiss Re

According to global reinsurance firm Swiss Re, insured catastrophe losses in 2020 are estimated at US $83 billion so far, making this year the fifth costliest on-record for the industry.

Around US $76 billion of the insured loss total is due to natural catastrophes, Swiss Re said, while man-made loss events contributed the other US $7 billion.

Out of the natural catastrophe insured losses, the majority have been driven by secondary peril events such as severe convective storms and wildfires in the US.

While, a little unusually, the very active hurricane season has only driven some US $20 billion of losses to the insurance and reinsurance market, Swiss Re believes. 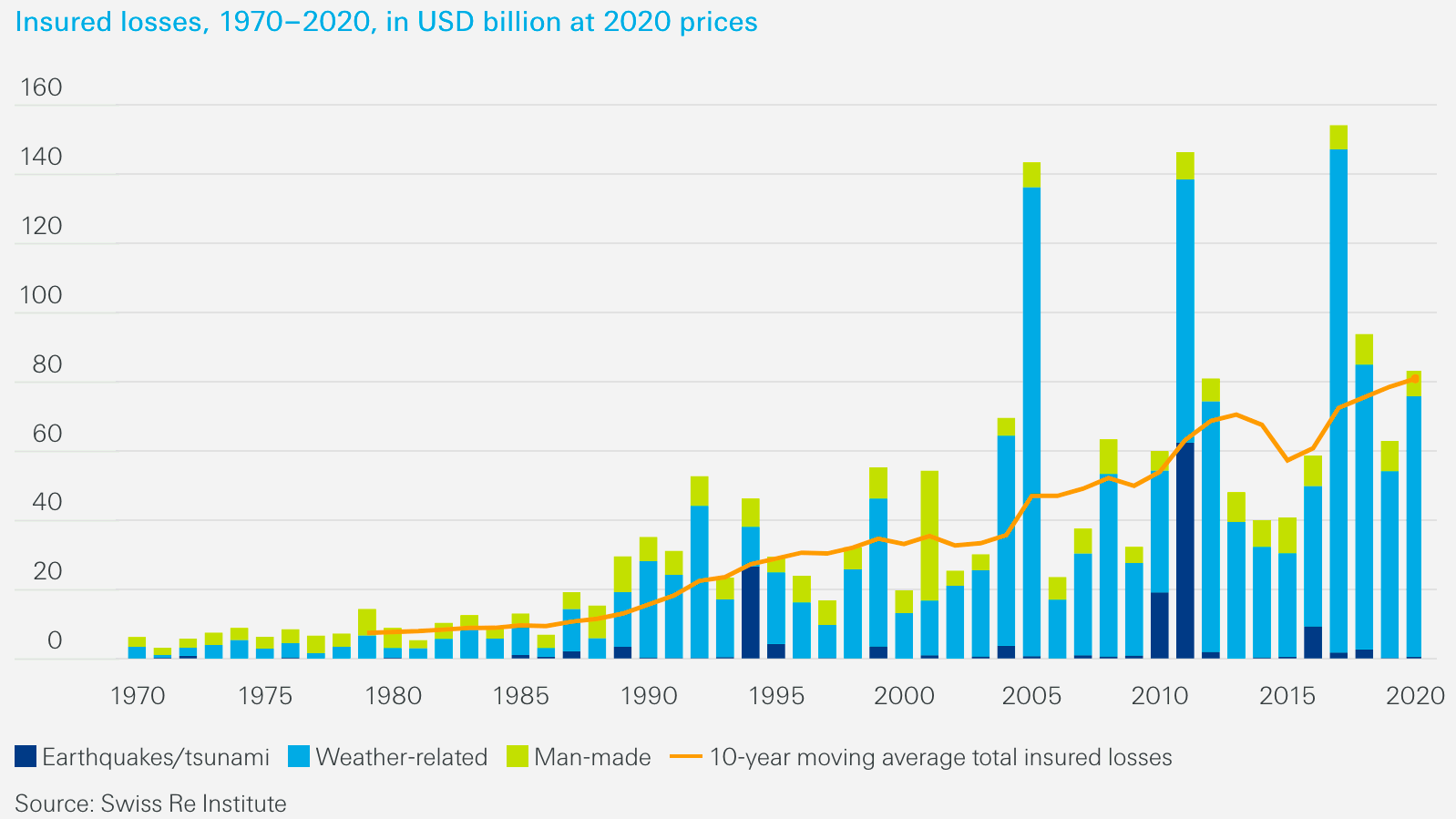 Interestingly, Swiss Re highlights that secondary peril events around the world accounted for 70% of the US $76 billion of natural catastrophe insured losses in 2020.

The reinsurance company warns that, “Losses from secondary peril events are forecast to increase, driven by climate change.

“Climate change is expected to exacerbate secondary peril events as more humid air and rising temperatures create more extreme weather conditions. These favour the onset and spread of events such as wildfires, storm surges and floods.”

Jerome Jean Haegeli, Swiss Re Group Chief Economist expanded on that, saying, “As with COVID-19, climate change will be a huge test of global resilience. Neither pandemics nor climate change are ‘black swan’ events. But while COVID-19 has an expiry date, climate change does not, and failure to ‘green’ the global economic recovery now will increase costs for society in future. This year’s natural disasters impacted regions with more insurance cover in place, providing vital support to the people and communities affected and enhancing their financial resilience.”

Also of note is the fact Swiss Re believes that insurance and reinsurance market losses from US severe convective storms are likely to hit a record level in 2020, while other countries such as Australia and Canada also experienced significant losses from this peril through hail events.

Overall and likely due to the concentration of severe weather events in the United States, the insurance industry covered 45% of global economic losses in 2020, which is above the ten-year-average of 37%.

« Older article ILS industry has good will towards ESG, but there’s more to do: Roundtable