2018 is the real test for ILS investors: Lohmann, Secquaero

While everyone had originally said that 2017’s catastrophe losses were providing the first real test of insurance-linked securities (ILS) investors and structures, according to Dirk Lohmann, Chairman and CEO of Secquaero Advisors Ltd., it is actually 2018 that is the real test for the ILS market. 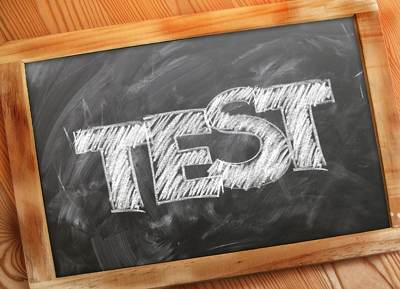 The record hurricane insurance and reinsurance losses of 2017, as well as other loss events including a record year for California wildfires, was repeatedly cited as the first true test of the ILS market.

It was said by some that after passing the 2017 catastrophe loss test that ILS had come of age, although others said that another year of losses could provide a second and perhaps tougher test for ILS managers and their investors, a test that we are now beginning to see played out.

Speaking to Artemis, Lohmann said, “The 2018 experience is now the real test for investors. Many asked if 2017 was “the test” for the resilience of the market as it successfully reloaded, but my response has always been that 2017 was “a test” but not “the test”.”

After a disappointing year of returns and a renewal that did not deliver on the return increases that some investors expected or were even promised, the continued deterioration of ILS fund returns is for some really testing the investor to manager relationship.

Lohmann explained, “Investors right now are disappointed at the market response post the 2017 losses as well as the loss creep reported by many managers. The 2018 events now appear to be eroding the projected 2018 returns or in some cases resulting in negative performance for the second year running.

“Given that the 2018 renewal did not deliver the hoped for “pay-back” many investors presently are sitting on the sidelines and not offering new capacity. Some are putting in redemptions.”

Investors making redemption requests has been seen across the market, we understand, with some ILS funds seeing some sizeable withdrawal requests.

At the same time, we understand that some larger end-investors are looking to redeem some of their allocations to one ILS fund and transfer that to another, to spread their exposure in the industry and try to identify sources of and benefit from any alpha an ILS investment manager can generate.

But redemptions are not just related to losses Lohmann said.

This is aligned with something we’ve been hearing too, as some managers may have had large losses but have not had any redemption requests at all, we understand, as their investors look set to stick with them.

“Redemptions are at times performance related but also in many instances driven by the high cost of hedging the USD denominated exposure back to Euro, Swiss Franc, Yen or Sterling,” Lohmann said.

Continuing, “As a consequence, unless the market sees a significant movement in pricing it is unlikely that aggregate capacity will grow in the near term.”

This is an important insight, that there are costs associated with ILS investing that have also made the returns a little less attractive over time and so following now two years of losses investors and fund managers are likely to be even more motivated to secure better returns at the reinsurance renewals coming up.

This aligns with other discussions we’ve had, which show that there is a significant resolve to harden rates at the January renewals, both across property catastrophe reinsurance and retrocession, as well as a desire that those rate rises continue into the Japanese and U.S. renewals later in 2019.

But caution is still required in the short-term and being so close to year-end Lohmann doubts that we will see much, if any, inflows of any note before next year.

“For the January 1 renewals it is now almost too late. This is leading to a crunch for retrocessional business including the many new quota share and side car arrangements that are seeking new capacity,” he explained.