The Governments of Saint Vincent and the Grenadines have received $20 million in disaster risk financing support from the World Bank to aid their recovery from the recent eruption of the La Soufrière volcano, after a catastrophe contingent line of credit was triggered. 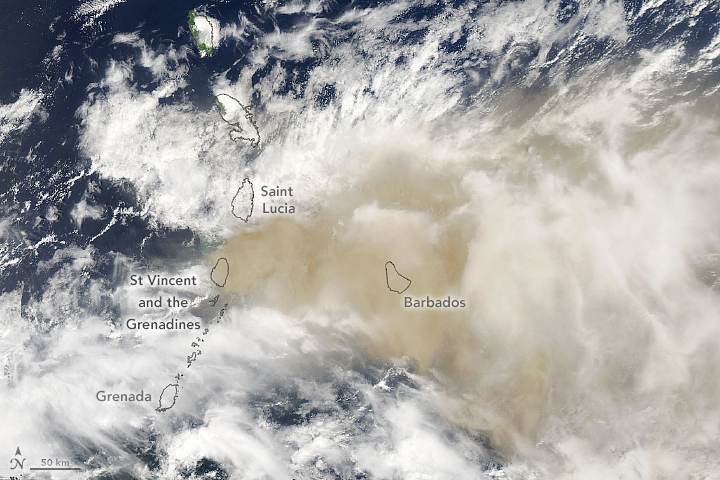 The eruption of the La Soufrière volcano on Saint Vincent has triggered a Catastrophe-Deferred Drawdown Option (CAT-DDO) instrument, that is designed to open up a World Bank line of credit after a natural disaster or catastrophe event triggers an emergency declaration.

The Catastrophe-Deferred Drawdown Option (CAT-DDO) is a risk financing instrument that acts a little like a parametric catastrophe bond, in that they provide a source of capital contingent on a disaster being declared in the beneficiary country.

While similar to an insurance or reinsurance policy, or a catastrophe bond, in the provision of disaster contingent risk financing, CAT-DDO’s differ as once triggered the contingent financing facility opens up a loan, or line of credit to the World Bank, that does have to be repaid, albeit at attractive terms.

The Catastrophe-Deferred Drawdown Option (CAT-DDO) has been widely used by emerging economies as part of their disaster risk financing toolkits.

The World Bank has already disbursed the US $20 million in support of the Government of Saint Vincent and the Grenadines’ response to the La Soufrière volcano eruption.

The eruption began on April 8th and has continued through recent days, with Saint Vincent blanketed in ash and other Caribbean islands also affected.

Overall, more than 20,000 people have been evacuated from the high-risk zones around the volcano itself, both to other parts of Saint Vincent and surrounding countries.

Explosions and explosive eruptions are continuing, with falling ash now seriously affecting air quality and infrastructure affected, as evidenced through interruptions in electricity and water supply.

Saint Vincent and the Grenadines Catastrophe Deferred Drawdown Option (Cat-DDO) was approved by the World Bank in June 2020, to provide a contingent line of financing in case of future natural or health-related disasters.

The Cat DDO is triggered by the Government declaring an emergency and funds can quickly be partially or fully drawn down by the beneficiary country. The instruments offer this contingent protection across a three-year term and can be renewed for an additional three years.

“Our hearts are with the people of Saint Vincent and the Grenadines during this crisis,” Tahseen Sayed, World Bank Country Director for the Caribbean commented. “We are committed to supporting the response efforts at this critical time when the country faces this new disaster while already managing the social and economic effects of the pandemic.”

The Catastrophe-Deferred Drawdown Option (CAT-DDO) again proves its worth as a disaster risk financing tool, while also preparing governments for greater use of disaster insurance, reinsurance and other risk financing options including catastrophe bonds.