Two very interesting (in their own ways) insurance and reinsurance deal rumours were revealed last night, as news broke that Japanese technology conglomerate SoftBank is considering taking a large stake in Swiss Re, and that Allianz is looking at a deal with Bermudian giant XL Group. 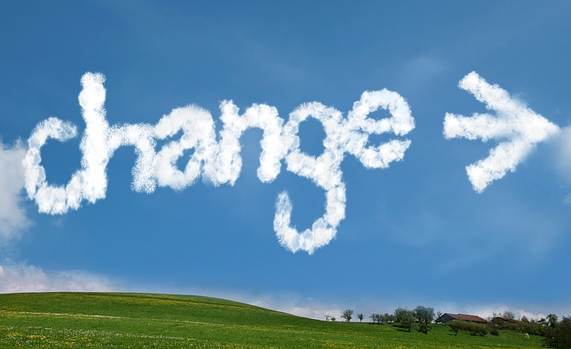 In news first broken by the Wall Street Journal and reported this morning by our sister publication Reinsurance News, Swiss Re was said to be in talks with SoftBank, about the communications, tech and investments firm taking as much as a $10 billion stake in the reinsurance firm, almost one-third.

Swiss Re later confirmed that talks between the pair are ongoing, but said that at this stage nothing has been decided, just that the reinsurer is in, “preliminary discussions with SoftBank Group Corp. regarding a potential minority investment in Swiss Re.”

The second deal rumour to emerge last night was a Bloomberg report stating that insurance giant Allianz is looking closely at Bermudian insurance and reinsurance player XL Group with a view to a potential acquisition.

No confirmation was forthcoming from the pair, but as our sister also publication reported this morning other market rumours then surfaced that XL may be the target of a number of re/insurers that are kicking the tires for a potential deal, including a rumour that Swiss Re may be interested.

Both deals are intriguing in their own ways, for a variety of reasons and the rise of alternative capital and insurance-linked securities (ILS), with the pressure for efficiency this has placed on re/insurers, likely has some relevance or even bearing in each case.

Swiss Re and SoftBank is a hugely compelling proposition, we feel, putting a major tech investor and software giant together with one of the world’s largest reinsurance firms, is intriguing and potentially transformational.

Scale is certainly achievable with a major investment from a SoftBank, or similar, for Swiss Re. The injection of $10 billion of capital from a new source, plus the flexibility this will provide, could alone help to propel the company to new heights.

But add in the potential synergies, distribution reach and technological leverage that SoftBank could offer to Swiss Re and, where scale is concerned, the sky could perhaps be the limit.

In relevance terms, SoftBank could bring Swiss Re’s risk capital so much closer to the original sources of risk, given its tech companies and its investments are in many cases in direct to consumer, or new technology driven business models, or have huge employee numbers that could benefit from insurance and reinsurance offerings.

SoftBank is also adept at something the insurance and reinsurance industry often fails at, design and user experience, creating products people want and delivering them in a customer friendly and efficient manner. Something a 150 year old reinsurer, no matter how advanced Swiss Re actually is, could certainly leverage for greater scale and relevance.

SoftBank has stakes in so many businesses that Swiss Re could insure, work with as distribution partners, or learn from and adopt technology through, that synergies abound in this potential arrangement.

But this potential SoftBank investment in Swiss Re could be truly transformational, creating a partnership platform that fosters growth, innovation and delivers all of the scale and relevance a company like Swiss Re could need.

Swiss Re is all about using its understanding of risks to help in developing and growing what it calls (at least over recent years) risk pools, then allocating its capital to the most attractive ones.

With SoftBank as a conduit to access risk, through its many investments, tech developments, companies and general user focus, Swiss Re could find it has many more risk pools to back and much larger ones too.

Insurtech is a buzzword, reinsurtech less so, but this partnership could really show us the potential of technologies role in re/insurance, if allowed to.

Swiss Re is not a personal lines primary insurer, in the main, but SoftBank could distribute insurance products backed by Swiss Re capacity, creating enormous and completely new risk pools for Swiss Re’s balance-sheet to back.

In fact the risk pools that could potentially be created may dwarf Swiss Re’s balance-sheet, making the use of capital markets capacity an almost given under such a scenario.

And here’s where this fits with our thinking on the future of reinsurance, with re/insurers as the expert risk knowledge bearing, analyses, pricers, structures and underwriters of risk, sourcing business through relationships as directly from the original source as possible, while their balance-sheet takes the most appropriate risk curves onto it, and the capital markets augments their capacity to take the rest.

That would allos Swiss Re to massively grow its business, generating income from products and business lines it has no significant volumes from today, creating entirely new product categories, earning income for its expertise, risk knowledge, underwriting skills and ability to structure risk pools, while its own capital takes a share and is augmented by pools of the most efficient capital possible, direct from the institutional marketplace.

Of course that needs all the stars to align, Swiss Re and SoftBank to embrace this view of the future and for their management teams to plough ahead with truly radical projects to secure their future in re/insurance. But it’s an interesting prospect for sure and a role for capital market investors likely guaranteed.

But what of XL Group being chased down by Allianz and other re/insurers (possibly even Swiss Re)?

This seems more of an acquisition discussion, than an investment and partnership. From Allianz’s point of view that makes perfect sense, delivering it a much greater platform for U.S. re/insurance business, particularly P&C and especially casualty lines.

It delivers scale to XL Group and the XL Catlin brand, if the brand were to remain a thing, while lifting the relevance of the XL underwriting teams to a new level in the marketplace and also enhancing dramatically the reinsurance teams potential access to risk.

XL within Allianz would certainly be transformational for the XL teams and underwriting divisions, particularly those where XL is the stronger or has a unique offering Allianz doesn’t have, or isn’t leading the market.

However the most interesting angle of an XL Allianz deal, could (for us) actually be the rapid development of XL’s use of alternative capital and ILS, which we detailed in a recent article.

XL is clearly leveraging the capital markets and ILS to provide a platform for growth, ensuring it matches risks with the most appropriate capital in the most efficient manner, which has enabled the company to take a step forward while reducing its catastrophe volatility.

Allianz has been doing similar for a while now, working with ILS and capital market players like Nephila Capital to control its assumption of U.S. natural catastrophe risks, working with ILS funds and investors to share in risk returns from larger deals.

Allianz has also been fronting for ILS capital over recent years, so is clearly aware of the need to have access to the capital markets and the benefits that can provide in helping it manage its risk curves and portfolio exposures.

With XL becoming increasingly adept at leveraging the capital markets to drive growth, while still earning its income and capital management fees, it could certainly take Allianz’s activities in this area to a new level, while also providing an internal home for some of the insurers catastrophe risks.

Diversification could also play a role, as XL’s book could help Allianz retain more of the risks it has been offloading as well.

Both mooted deals have their own transformational angles to them, but as of this time neither are assured and whether they come to fruition remains uncertain.

But they will stir up the M&A rumour cycle, perhaps also driving greater urgency into smaller and mid-sized reinsurers that they still need to find a dance partner.

Because if a few large, transformational re/insurance deals and M&A’s do go ahead, some of the smaller players could find themselves unloved, unwanted and increasingly marginalised, while new behemoths with a forward-looking approach to risk transfer and capital management take an increasingly large share of the pie.

Of course, for any deal to be transformational, the culture needs to adjust and management need to have the courage to pursue a future that perhaps nobody else has to-date. That takes determination and a mandate for innovation, change and a focus on the end-customer (on both ends of the business). It will be interesting to see if any of these companies have that.

Also read (from our sister publication):

– Swiss Re in talks with SoftBank Group over investment stake.