Despite the impacts of 2017 catastrophe events, the volume of alternative reinsurance capital increased year-on-year, expanding by $8 billion, or just under 10% to $89 billion, according to Aon Benfield’s April Reinsurance Market Outlook.

Traditional capital increased by just 2% year-on-year to end 2017 at $516 billion, which, combined with alternative market growth helped overall, global reinsurer market capital reach $605 billion at the end of 2017, which represents year-on-year growth of 2%. 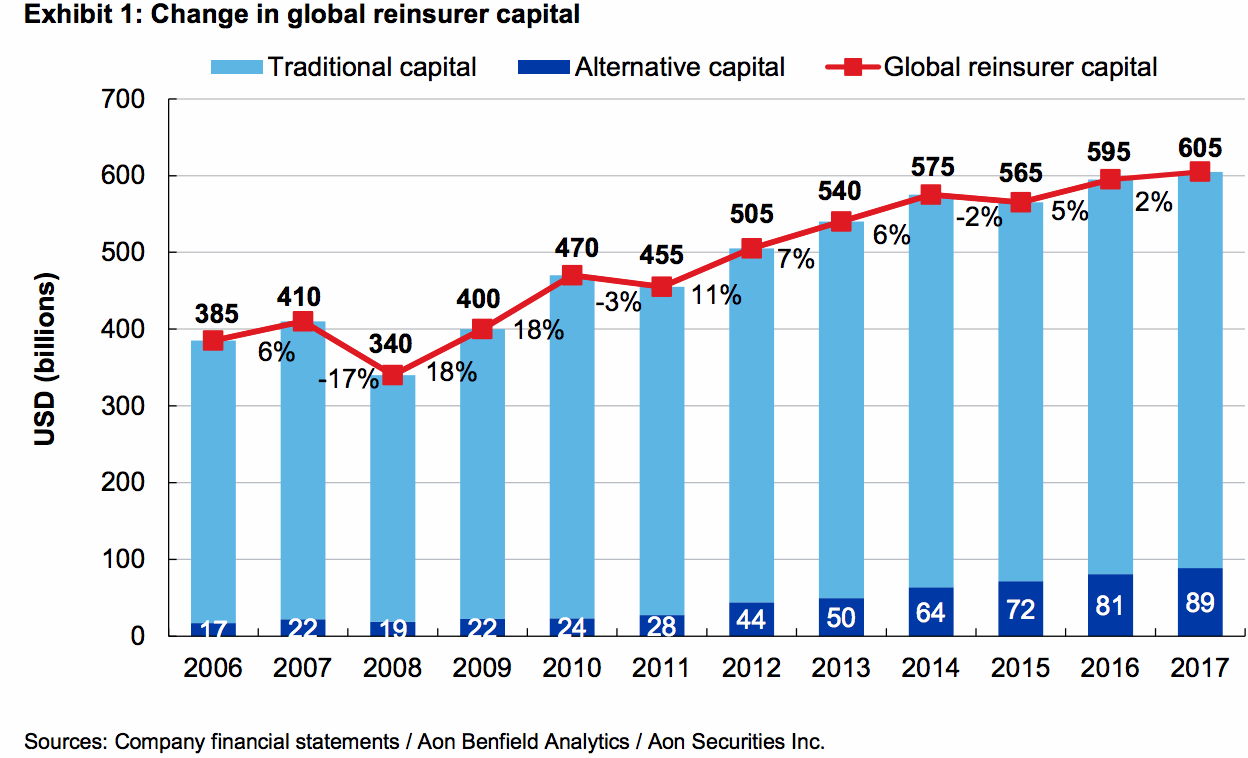 “Continued growth in alternative capital is translating into growing influence in the market,” said Aon Benfield.

“The willingness of investors to reload mitigated upward pressure on retrocession pricing at the January renewals. Established sidecars were renewed and several new vehicles were formed, as traditional reinsurers looked to grow their business positions, while controlling their net exposures,” added the broker.

The response of the insurance-linked securities (ILS) market and investor base to 2017 catastrophe events underlined its commitment to the space and the permanence of third-party capital.

This is something that has been highlighted across the industry in the aftermath of 2017, and again highlighted by Aon Benfield in its most recent reinsurance market outlook, suggesting that further growth is likely.

“We expect to see further growth in the alternative capital market during 2018. Passing the test posed by the 2017 catastrophe events has dispelled any remaining doubts about the sector’s permanency, boosting the confidence and acceptance of both investors and the broader marketplace,” said Aon Benfield.

The catastrophe bond market once again broke issuance records in the first-quarter, surpassing $4 billion for the first time in the period and supporting the expectations of further alternative market expansion in 2018, as well as the maturity and sophistication of the investor base.

Furthermore, Aon Benfield notes the emergence of new ILS hubs, such as London and Singapore, which could also support market expansion into new risks and regions in the months and years ahead.