The UK government’s insurance-linked security (ILS) regulations remain a key priority despite the political uncertainty created by the recent election and subsequent hung Parliament, according to a letter sent by Her Majesty’s Treasury to the London Market Group (LMG) today. 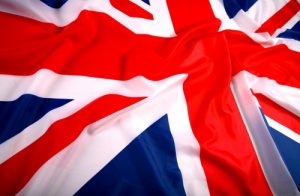 Artemis has seen a copy of the letter sent to Nicolas Aubert, Chair of the LMG by Stephen Barclay the recently appointed Economic Secretary to the Treasury, explaining that the mission to launch an ILS regulatory regime in the UK, seen as a key development for the London insurance and reinsurance market, will remain on the legislative agenda and will get its hearing in Parliament as soon as practical.

The letter confirms the Treasury’s “intention to complete the project”, Barclay wrote, explaining that the UK has to innovate to stay ahead of the game in the currently challenging reinsurance market environment and that an Autumn target for launch of completed regulations was feasible.

By developing a “bespoke regime for ILS in the UK” the government and industry can help to ensure that “London remains the most competitive insurance and reinsurance hub in the world,” Barclay’s letter explained.

“Alternative risk transfer techniques expand the capacity of the insurance and reinsurance markets, enabling risk to be managed more efficiently and effectively for businesses and consumers,” the letter continued. “With the right regulatory framework, I believe the UK can make a major contribution to the development and growth of alternative risk transfer. That is good news for the UK and the global economy.”

The letter is designed to instill confidence in the industry that the UK’s ILS regulations are going ahead and remain a key priority, something the wording of the letter will definitely achieve.

It shows that ILS remains at the top of the Treasury’s priority list and perhaps is seen as a potential ‘good news’ item now by a government that has been beset by uncertainty and problems in recent weeks.

The ILS regulations had been slated to be put in front of Parliament and a final version was originally supposed to have been published in advance of Easter. That date was missed and then the calling of a snap election by Prime Minister Theresa May saw to it that the delay was extended, as Parliament could not consider the ILS regulations until after the election and once a new government had been formed.

Of course that snap election did not proceed as the caller had planned, resulting in a hung Parliament with no clear majority for the ruling Conservative party. Now the Conservatives are attempting to form a coalition of sorts with the Democratic Unionist Party (DUP), in order to have the majority they typically require to push legislation through Parliament.

So this political uncertainty and upheaval has delayed many Bills from being presented to and debated in Parliament, with the ILS regulations just one of them.

Today’s letter reinforces the importance of the ILS legislation in the eyes of HM Treasury and the UK government, making clear that it will have its day in Parliament.

The ILS regulations will put in place a structure through which ILS can be transacted in an efficient and tax neutral manner, so providing the UK with a more level playing field versus other domiciles. It’s expected that use of the regulations would largely be for collateralized reinsurance transactions, rather than full catastrophe bonds initially.

Barclay explains in the letter that the regulations are in the process of being finalised and will now be laid in Parliament before the summer recess, with a view to the regime being in-force by this Autumn.

The letter will have been well-received by London-focused insurance and reinsurance market body the London Market Group (LMG) which has been pushing for the implementation of insurance-linked securities (ILS) rules in the UK.

Senior adviser to the Cabinet Office Michael Wade, who has been helping to drive the ILS agenda in UK government, told Artemis; “This is really a most encouraging commitment from UK Government Ministers to press on with the Regulatory Framework as one of their priorities and to see this in place for the 2018 renewal season.”

It’s expected that once the legislation has been passed it will be used, as a number of existing ILS market participants have expressed an interest in having vehicles domiciles locally.

The January 1st reinsurance renewals now seem a target for any firm or investor wanting to use the UK-based ILS structure for a transaction and we’re certain that the industry, LMG and UK government will be pushing for this to happen now.

Questions still remain as to how much additional business this will actually bring into London, given the speed to market of ILS structures in the UK is likely to be slower than in the main offshore ILS domiciles.

Time will tell though and it is positive that the ILS regulations remain an agenda item for the UK government and progress continues to be made.

With the ILS initiative also having gained cross-party support in the past, it is to be hoped that any change in government over the coming months, a distinct possibility given the uncertainty currently seen in UK politics, won’t derail the process again.

The targeted maximum size for the catastrophe bond issuance that will transfer risk for the World Bank designed Pandemic Emergency...